Wintry weather will cause slick spots throughout Maine for Monday's commute. 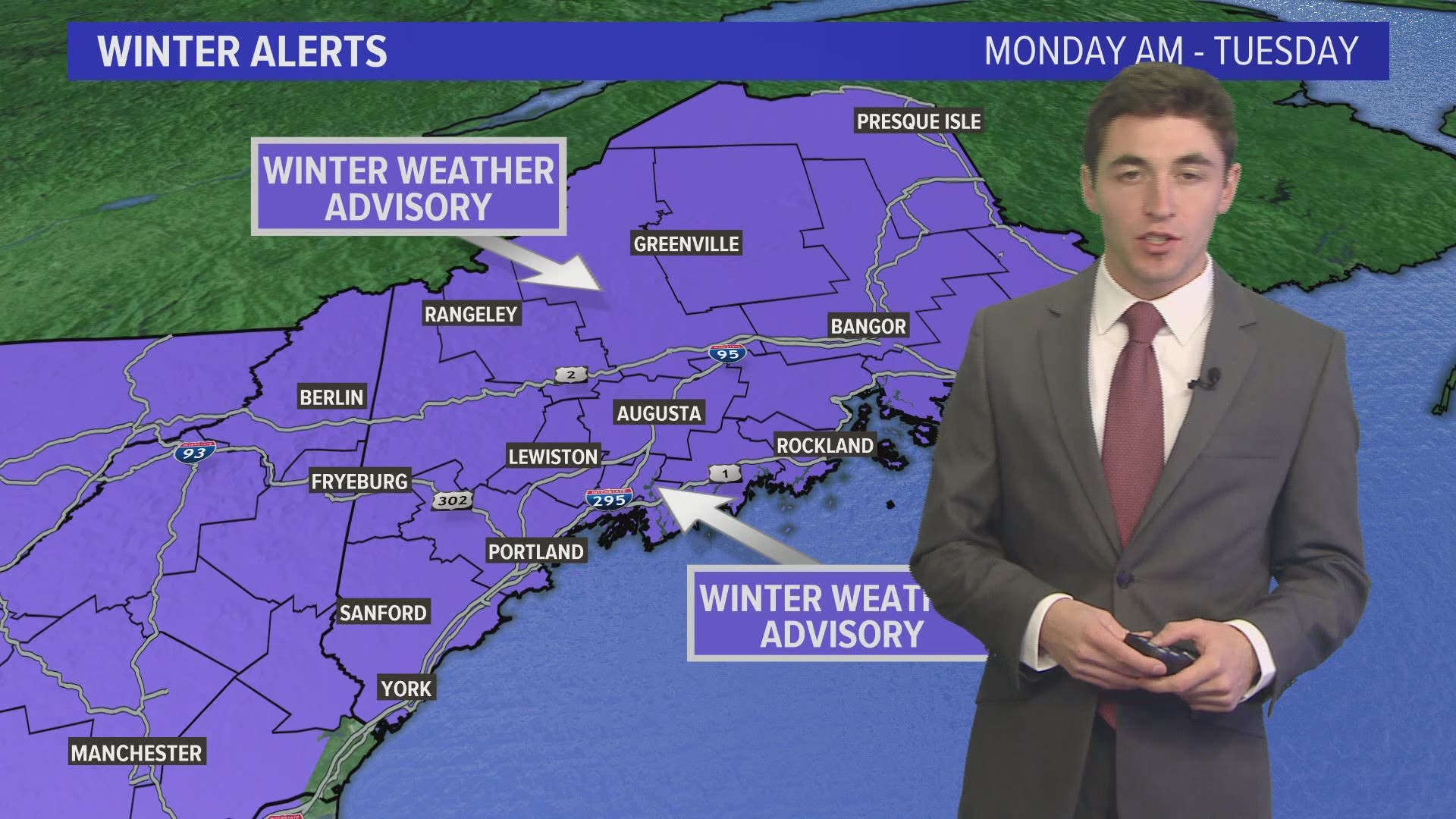 Temperatures will be near or below freezing by daybreak on Monday. Moisture will be moving in from the south. Light freezing rain starts up around 6 a.m. along the southern Maine coastline.

Since it will likely freeze on contact, untreated surfaces will be slick. This includes bridges, secondary roads, sidewalks, and even some main roads.

Warmer air moves in and freezing rain along the coast gradually transitions to plain rain. This will help to eliminate some of the ice on roads by noon along the coastline.

The freezing line will push north with moisture, meaning freezing rain is expected to start up in the mountains around 9 a.m. and continue into the early afternoon. Some valleys will be especially prone to icing, though the deeper cold may lead to sleet mixing in with the freezing rain.

Northern Maine sees wintry weather in the afternoon. Throughout northern Maine, snow is likely to be mixing in. The best chance for widespread slick conditions will be in the northern part of the state.

The transition to plain rain is less likely in the mountains and in northern Maine. There will be enough cold air to keep these parts of the state below freezing, or at least close enough to keep a wintry mix going.

Credit: NEWS CENTER Maine
Freezing rain moves into the coastline first and pushes north. As it gets into northern Maine, some sleet and snow may mix in as well.

Overall, the timing of the ice is the biggest issue. Forecast ice accretion totals aren't all that impressive. Still, all it takes is a light glaze of ice to make things slick.

The bright side to this is that power outages do not look likely. While an isolated outage may occur due to the inclement weather, the icing looks too minimal to have a widespread impact.

Credit: NEWS CENTER Maine
Overall, the icing looks like it will stay under the threshold for widespread power issues.

The storm will push away from us on Tuesday. The last bit of moisture in the mountains and northern Maine is expected to fall as snow. Accumulations will be highest across northern Maine. Parts of southern Maine may not even see flakes, though some weak isolated snow showers are still possible.

Wednesday will bring a bit of sunshine into the mix. Temperatures are back in the 40s. This will give us some time to dry out, so icy spots become less of a concern through the overnight hours. Some stray snow showers linger in the mountains through the day on Wednesday before drier air takes over completely for Thursday.