Maine continues to see freezing rain and snow. As the storm wraps up, we top the entire state off with some snow accumulation. Colder days are ahead for the weekend. 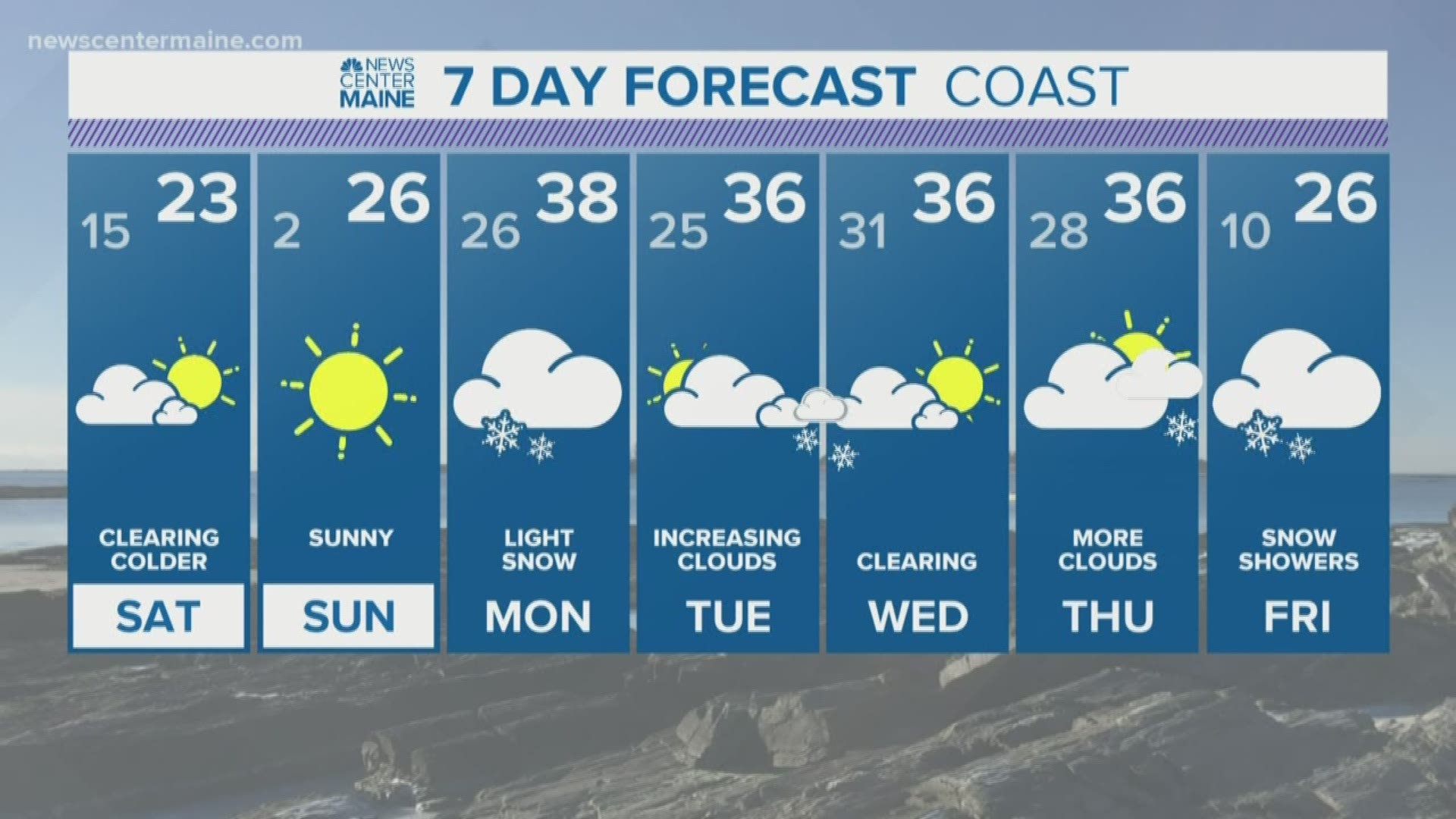 MAINE, USA — Yesterday was just the tip of the "ice"berg for this wintry storm. There's a bit more to get through before we calm things down in Maine.

This has been a messy storm and the mess continues this afternoon and evening before quieter conditions return to the state tonight.

Currently, freezing rain is an issue for a lot of coastal Maine and up the Penobscot into the Bangor metro area. There are already power outages being reported through parts of York and Cumberland counties. These numbers will likely rise a bit more through the afternoon.

In northern and western Maine, snow continues to fall. There have already been reports nearing a foot in Aroostook county, and there is still a good bit of snow on the way.

The rest of the day will favor colder air pushing south with just a little bit of warmth right along the coastline.

There will likely be more icing through central Maine, from Augusta to Bangor. With more cold air trapped in parts of inland Washington and Hancock counties, ice will also keep building.

The low sea level pressure is an interesting piece of this storm. At 2 p.m., the Portland Jetport reported a sea level pressure of 977.1 mb. This is not record-breaking for February. In fact, it's about 15 mb too high. It's still interesting, though, since it highlights just how strong that storm is. Here's a high quality tweet with this same information. If I were you, I'd definitely follow this Twitter account. (This sentence was totally not written by Mike).

Currently, wind gusts are in the 20-30 mph range. While they do not climb too high, the combination of wind and iced-over power lines and trees will likely cause more power issues to pop up.

Everything that is currently coated in ice will get coated in a layer of snow too.

The cold air gets pulled in as the low shifts east. This will cause temperatures to crash quickly enough to transition us to snow everywhere.

The highest totals for snow are expected across northern and western Maine. Some areas could eclipse 12" with this piece of our two-day storm. In total, some areas in the County top out near 20" of snow.

Along the coastline and into Lewiston and Augusta, it still looks like a solid 1-3" will fall before the storm clears. As it does, it will wrap up quickly.

It's going to be cold behind this storm. Low temperatures overnight fall into the single digits and teens. High temperatures on Saturday will be in the teens and 20s, even though sunshine will be plentiful.

Slick roads are expected not only tonight, but into Saturday morning. Drive with caution and care.

We're not done after this. Next week looks active, with two or three possible systems between Monday and Friday. More details on these over the weekend.