It may be early in the season, but the first snow of the season is possible later this week. 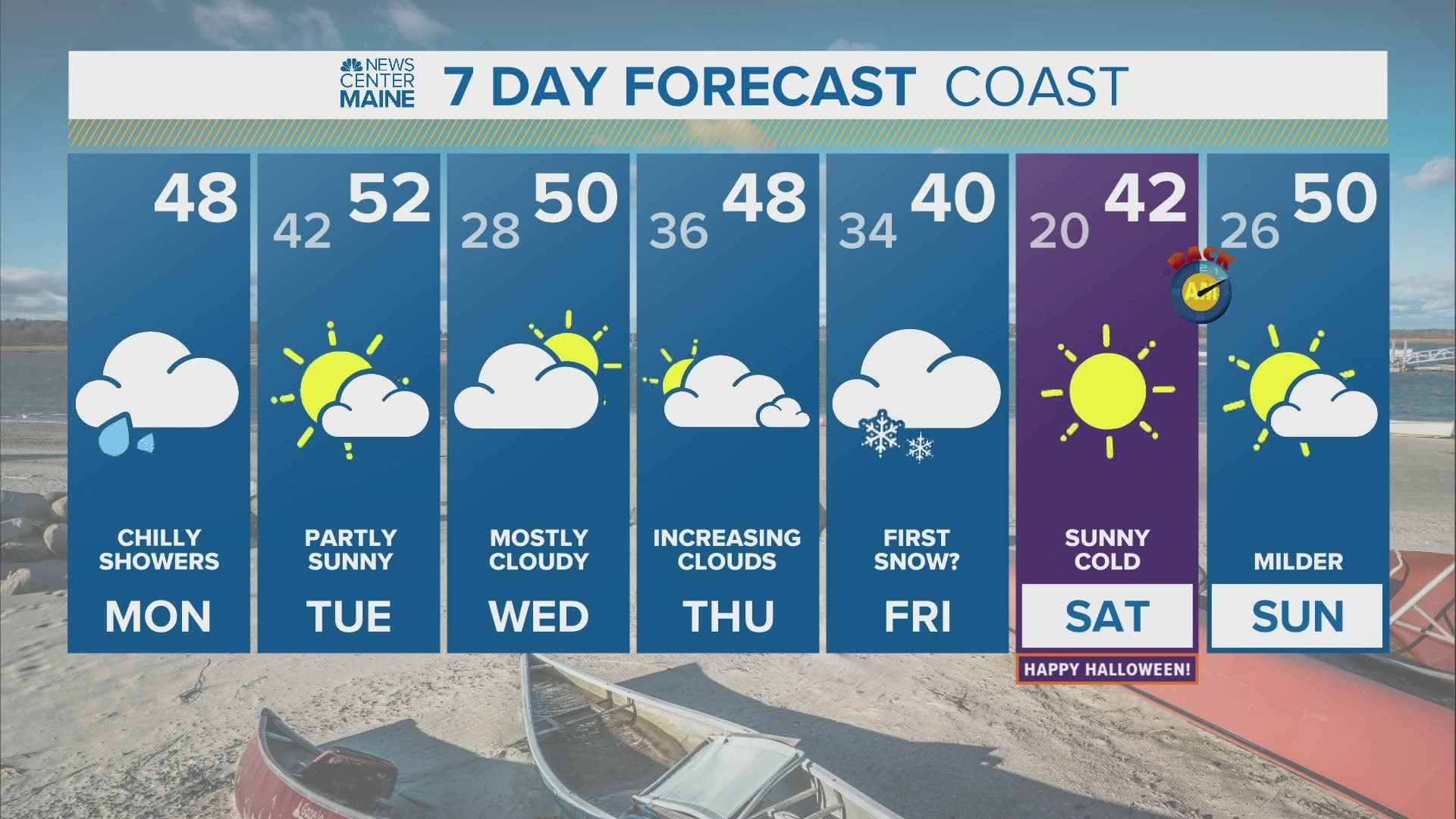 MAINE, USA — Leaves are still on the trees, lawns are still being mowed and we haven't even gotten to Halloween yet. So there's no way it can snow, right? Snow in October is rare. Only 5 times since the 1800s has Portland received an inch or more of snow before Halloween. To get accumulating snow in October you need it to be nearly perfect. The right amount of moisture, an abnormally cold airmass and perfect timing.

Tropical Storm Zeta has formed in the Gulf of Mexico and is expected to make a landfall on The Gulf Coast Wednesday. The remnants will then move up the Appalachians bringing ample moisture into the Northeast Thursday night and Friday.

The pattern has completely reconfigured allowing for unseasonably cold air to seep south from central Canada. Temps throughout the week will be below normal with highs in the 40s to around 50. But late in the week, high pressure to our north will trap even colder air...cold enough for snowflake production.

Perhaps the most important factor is the timing...Thursday night...when it's dark and temperatures are coldest.

While I'm not ready to lock it in yet, everything is beginning to line up for our first snow of the season. Stay tuned for updates throughout the week.