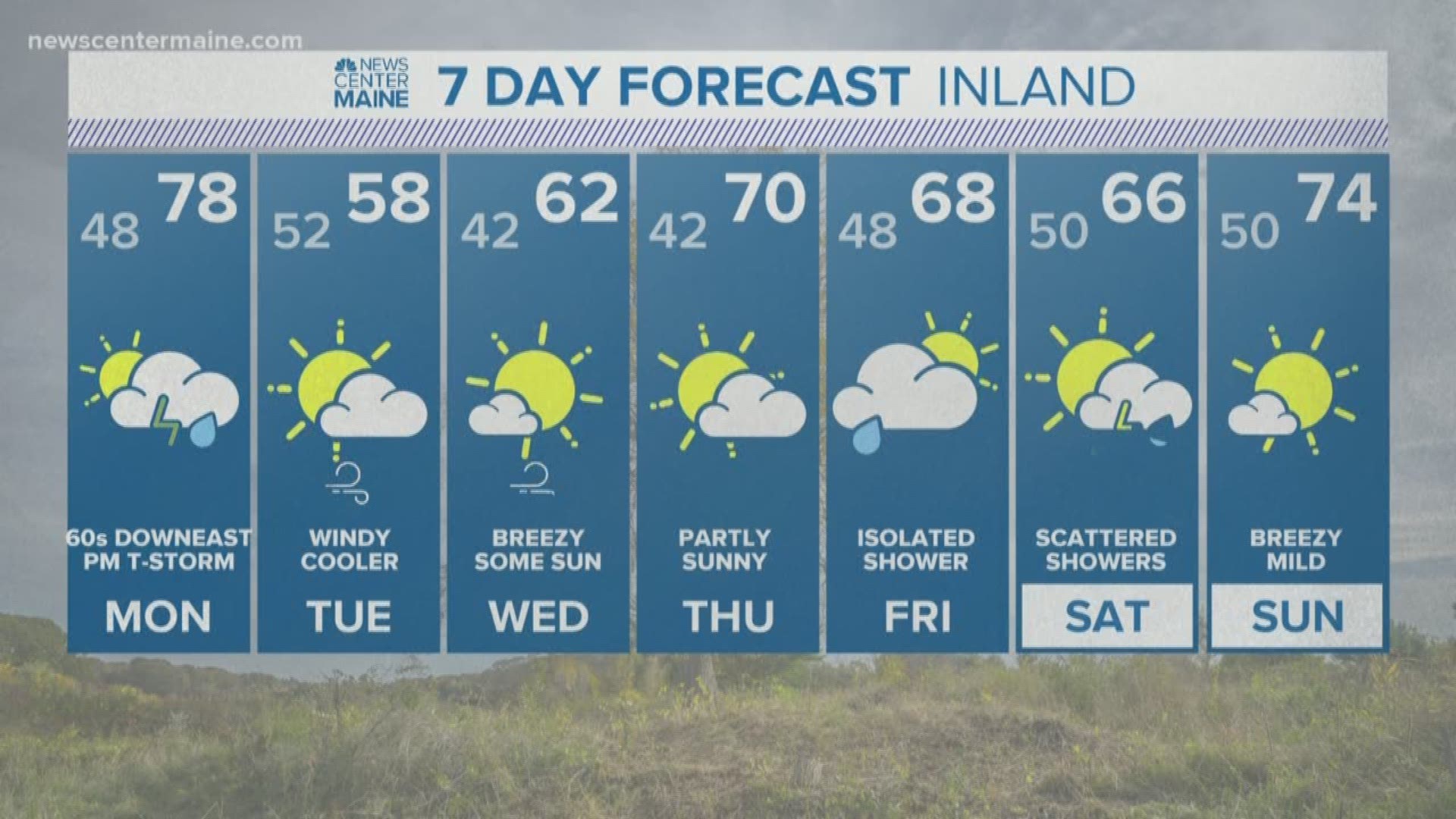 Thunderstorms don't like cloudy, cool air masses. So naturally, we haven't seen very many of them this spring.

That will change on Monday, with the first severe weather risk of the year.

Plan on a dreary start to the day with clouds and fog.

But as a warm front lifts through the state, the sun will break out and the temperatures will pop into the 70s. Western Maine could soar into the 80s, making it by far the warmest day of the year.

There will be exceptions: The Midcoast and Downeast Maine will be cooler, with more clouds and a wind off the water.

The air will become humid, with dew points rising into the 60s in western Maine.

A cold front approaching from the west be the trigger for showers and thunderstorms, in the warm and humid air.

The risk for severe storms is highest in western Maine and New Hampshire. In addition to thunder, lightning and drenching downpours, the main concern will be damaging wind gusts.

Plus, there will be some shear, or wind changing direction through the lower part of the atmosphere. This will allow thunderstorms to rotate, and that rotation could spin up a small tornado somewhere. It's a very slim chance, but not zero.

Storms will start to fire up in the mountains and foothills around 2 p.m., moving southeast during the afternoon. They'll be scattered -- so not every town will be hit, but those that are hit can be hit hard.

Storms will start to weaken around dinnertime.

We'll keep you posted as they form. Check in with Todd in the morning for an update on the timing of these storms.