First look at forecast snow totals for Saturday in Maine

That's not the only storm system, though. There will be a threat for another storm Monday. 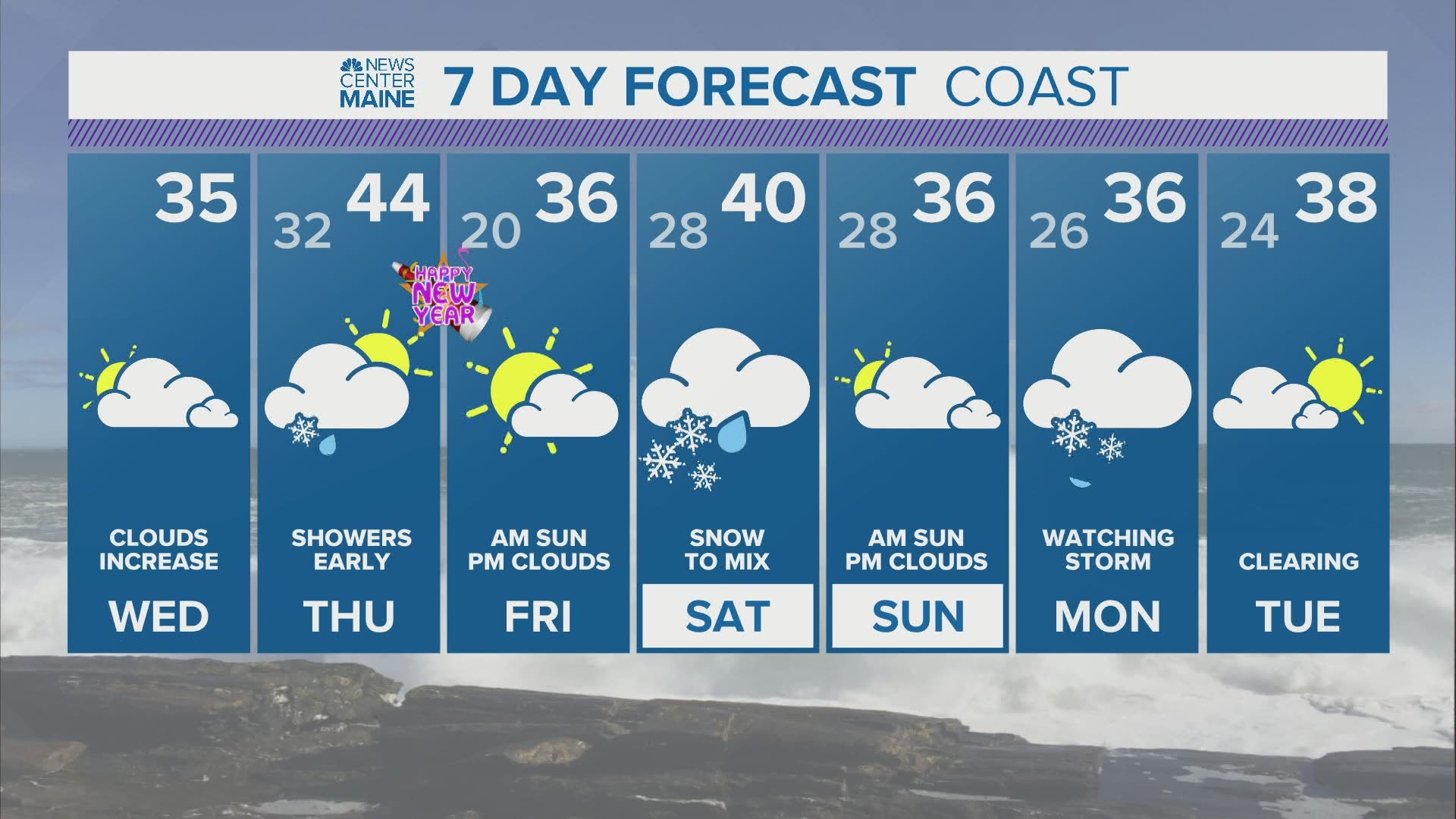 MAINE, USA — This winter has been brutal so far for anyone that relies on natural snow for recreation and for livelihood. Even areas that can make their own snow have had to battle with whatever Mother Nature wants to throw our way.

Granted, it is still early, but the weather has not been kind so far and there's still a lack of meaningful cold in the long-term forecast.

Now that the warm Christmas storm has passed, all eyes are on some chances for snow.

Wax up the skis and break out the snowshoes! Let's run through the storms we're watching this week.

The moment you've been waiting for ... forecast snow totals for Saturday!

Well, not just yet. Let's chat about the timing first.

Friday looks a lot better, since the storm has trended to move in more slowly. Clouds thicken through the day.

The storm starts as snow just about everywhere, but it tracks closer to the coastline through the day.

As it does, steady snow continues inland but the coast sees some sleet get mixed in before a switch to rain.

The showers wrap up in the afternoon and evening from west to east, with clear conditions by early Sunday morning.

Okay, NOW here it is. Expecting a widespread 3-6" inland with this one. Coastal areas will be more like 1-3", especially in southwestern Maine and up the Midcoast.

Far northern areas likely see nothing from this storm, since it'll be such a weak system.

It's a good break for the people who have been waiting to get out in the snow, though. And it's not the only chance this week!

There's definitely some energy worth watching on Monday, and it might end up bringing another chance for snow to Maine.

This depiction from the European model and its ensemble members show that a track to bring weather to Maine is absolutely in the cards. Each "L" on the map is a possible outcome for the storm. Given the track, especially if it ends up a bit further west, it needs to be watched. I would like to note, though, that there is still a good deal of uncertainty with this storm.

In fact, the European isn't the only model bringing a storm closer to Maine on Monday.

The GFS model, which is the American model, has trended northwest over the last few runs.

Credit: Tomer Burg
Thank you to Tomer Burg for this trend GIF and the great graphics.

In the GIF above, the first frame is an older model run and the last frame is the most recent. We often say "the trend is your friend" when forecasting, so seeing this makes it clear that it needs to be watched.

What's also worth noting is that this wasn't even picked up on the models as a New England threat just a couple of days ago. There is still a little bit of time to figure out the finer details, but keep Monday on your radar for potential wintry weather.

I'll have more updates through the start of the New Year on my Twitter, @MikeSliferWX. Have a safe and happy holiday!

RELATED: Mild pattern in Maine can still be snowy; two storms to watch