Ending the 2010s with a winter storm in Maine

A two part winter storm will bring a mixed bag to Maine. Snow, ice, and rain are expected for the final days of the year. 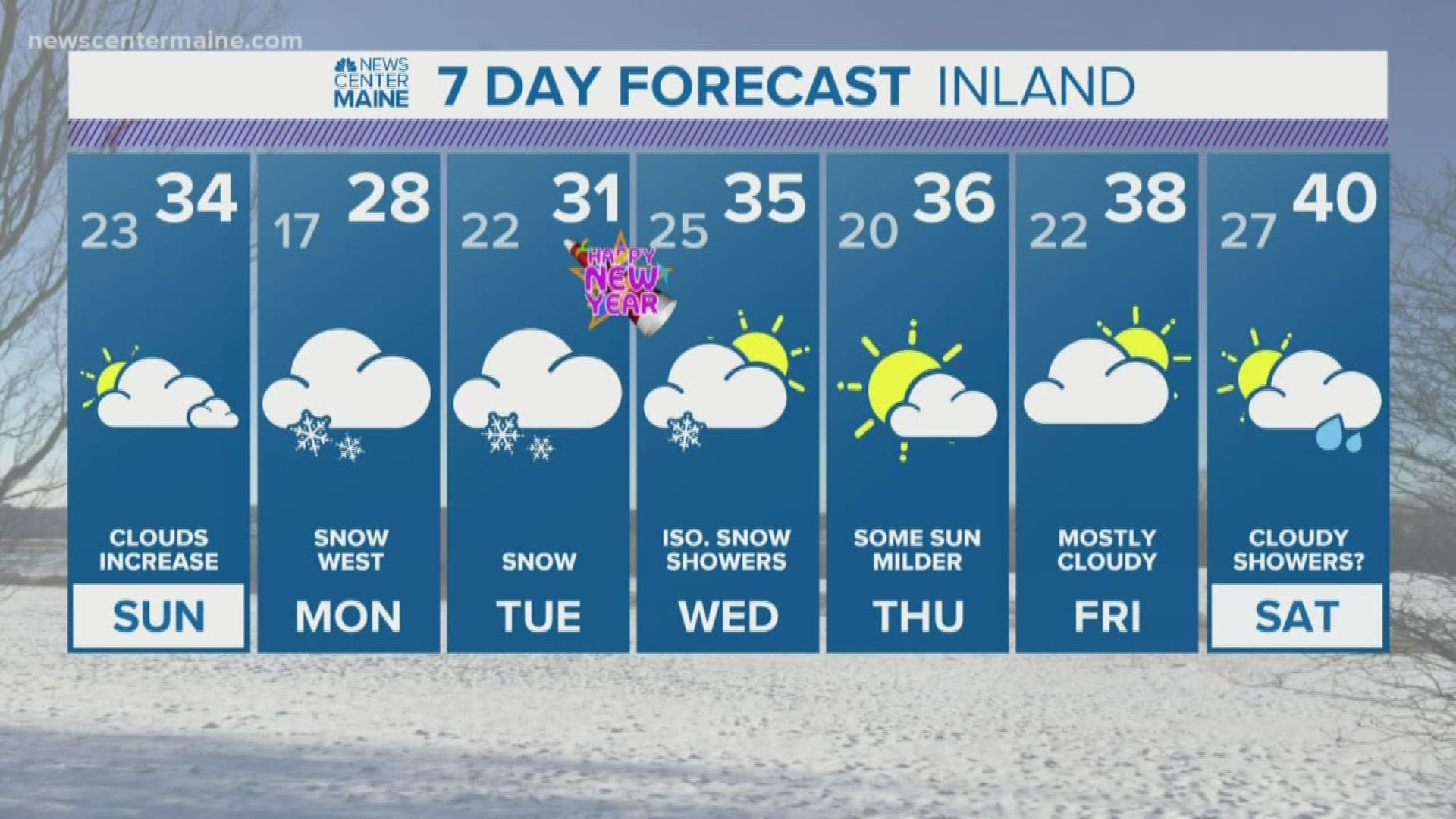 MAINE, USA — It seems fitting to end the year and the 2010s with one last winter storm...and that's exactly what we're doing.

Sunday will be quiet; this article will focus on early Monday morning through Wednesday.

A two-part winter storm will impact Maine starting around midnight Sunday into Monday.

Moisture moves in along a warm front and snow begins to fall.

By the morning commute, some issues are anticipated along the Maine turnpike and back roads. Central Maine could have some isolated slick spots as well. Northern Maine will be mainly dry, with a good mix of clouds and sunshine.

Snow stays relatively localized through the day on Monday, although it does begin to spread north of Route 2. The highest totals will be in southwestern Maine, though, which is where it will snow longest.

The image below is from late Sunday night through about 5 p.m. Monday.

While eastern Maine does pretty well Monday, that changes on Tuesday.

A coastal low begins to develop late Monday night. As it does so, snow spreads across Maine. The impacts will be felt starting early Tuesday morning across the entire state.

Southern Maine will likely be in the worst shape Tuesday morning due to the snow from Monday. However, it is important to note, all of Maine starts running into issues Tuesday morning. The Lewiston, Augusta, and Bangor metro areas should be prepared for slick roads and reduced visibility.

Snow continues to fall during the day on Tuesday. The low tracks off to the east, hugging the Maine coastline.

Due to the placement of the storm, mixing is expected for the immediate coast. Snow, sleet, and rain will make for tough travel for coastal areas. Inland areas stay mostly snow, other than a couple of pockets of sleet that mix in.

Snow sticks around through the night Tuesday and clears from west to east. Southwestern Maine will be just about done by sunrise Wednesday morning, with isolated snow showers sticking around inland.

The highest snow totals will be through western Maine. The map below is the total expected from around 5 p.m. Monday through Wednesday morning.

There will be slick roads and reduced visibility through the start of the new year. Roads will still be busy as people settle back in after the holiday season. Use caution and care while you're on the roads.

We did not get a white Christmas...so I guess a white New Year's Day will have to do. The skiers and snowmobilers will like this forecast.