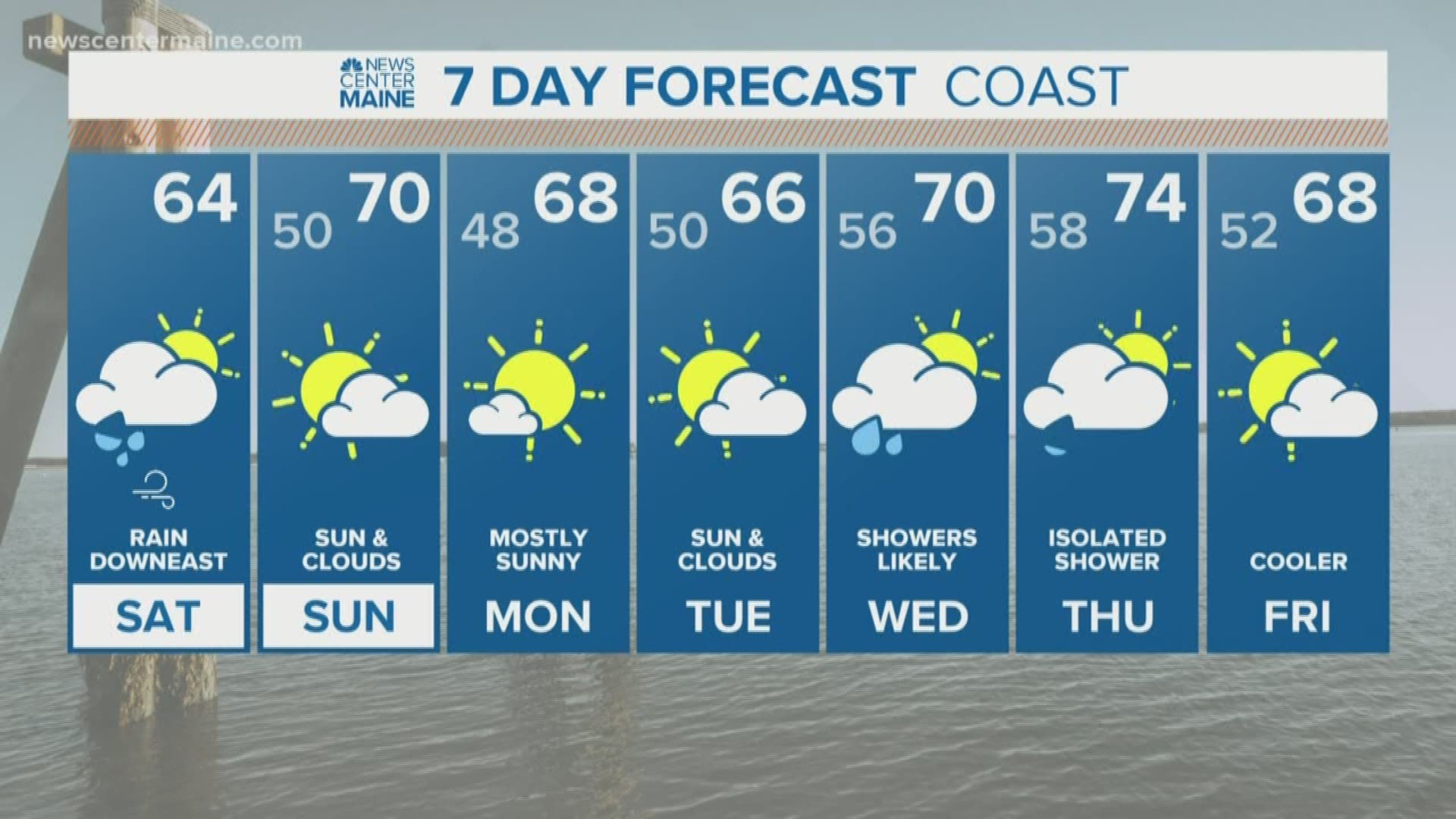 We'll be much better off in Maine. The storm shifted a bit east compared to yesterday, so we're just feeling fringe effects, on the edge of the storm.

High surf and rip currents will occur up and down the coast, with seas building to 7 to 10 feet.

The worst weather will be in Hancock and Washington counties, with rain for much of the day. 1 to 3 inches of rain is possible there, but very little rain will fall in western Maine.

The strongest winds will also be in Washington County. Some outages are possible, but we will escape any major wind issues.

There's technically a Tropical Storm Warning in effect from Bar Harbor to Eastport, but we do not expect widespread tropical storm force winds (sustained 39+ mph). It appears this was issued out of an abundance of caution.

In central and western Maine, it'll be a breezy day with north to northwest gusts between 20 and 25 mph.

Rain this morning will shift into the Midcoast and Downeast Maine.

This afternoon, it'll be dry in central and western Maine. Some breaks of sun are possible there with temperatures rising into the 60s. It'll be wet, windy and cool in eastern Maine, with rain developing in Aroostook County too.

Rain ends in Bangor by mid afternoon, by this evening the rain will shift toward New Brunswick. The rest of us will be dry, breezy and cool.

Tomorrow looks much better with sunshine and highs in the upper 60s to near 70. Rough surf and rip currents will linger at the beaches.