This is a multi-day event. The first showers are expected Monday. Heavier snow will be possible on Tuesday, if the storm gets close enough to the coast. 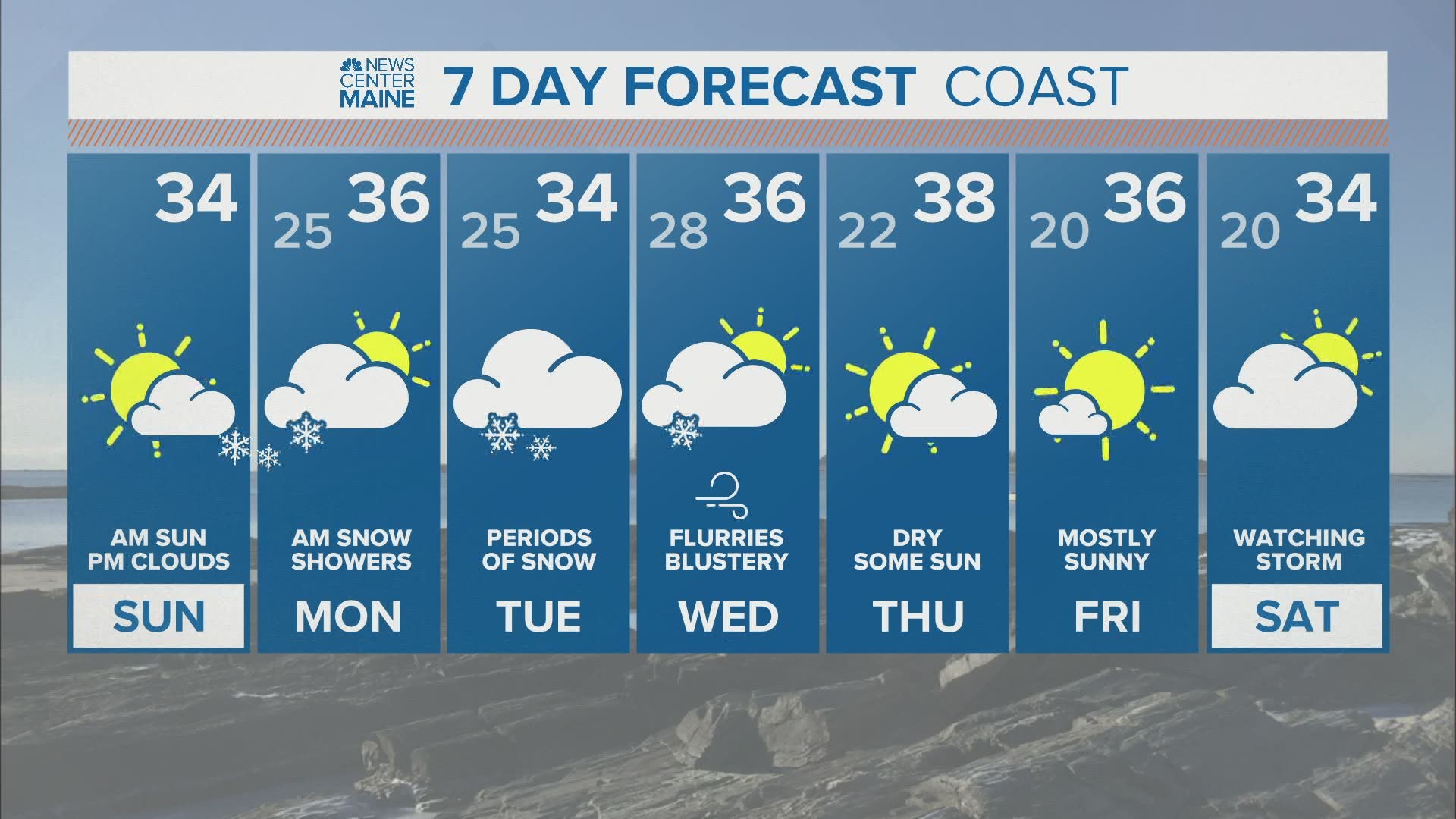 When one storm ends, it's time to jump onto the next.

After a fairly mild November and slow start to the wintry weather, January is trying to make up for it.

There will be a brief break between Saturday's snow and the potential for more flakes on Monday. Sunday actually looks like a really nice day, by January standards. I've got a feeling that the ski resorts are going to be busy given the sunny forecast and fresh powder.

Some storms are more straight forward than others when forecasting. I wouldn't call any easy; but there are definitely "classic" things to look for when you try to predict the future.

This week's storm is not one of those.

While this happens, the low pressure gets a bit stronger and moves toward Maine. Storm track will play a big role in the forecast starting Monday morning.

There it is! The elusive coastal low.

There's a key to this forecast that makes it a bit tougher, and that's the high pressure block to the north.

Essentially, this high pressure will not allow the low to keep moving on like it normally would.

So, what does that mean?

The storm sticks around in the Gulf of Maine. It will meander a bit. As it does, our chances for rain and snow will fluctuate a bit.

In the first scenario, a closer surface low track will bring moisture and therefore snow chances to Maine on Monday.

In the second scenario, the storm goes out to sea and Monday would end up cloudy but fairly dry.

Given the east wind, there could still be some showers that sneak through either way.

My forecast snow map for late Sunday through Monday evening highlights the snow chance at the coastline. In either scenario, this is what I'm thinking right now. Mostly coastal, with 1-3" from Sanford to Portland to Brunswick and the Penobscot Bay. A little further inland will be mostly a coating, maybe up to an inch in some spots.

This map shows how the low pressure and energy actually end up looping closer to the coastline on Tuesday.

The big piece of uncertainty moving forward lies in how this low tracks Tuesday and Wednesday, along with where it starts.

If it's way off shore, it has to move a lot to get close to us. If not, though, it could end up in the right spot to bring snow back for Tuesday.

Given the high pressure block and the upper-level energy at hand, the storm will loop in the Gulf of Maine and makes a run for the Maine coastline. The technical term is "retrograding," but this just means that Tuesday or even Wednesday could be more active weather days for us.

I think Tuesday will be a bigger day for weather impacts than Monday. We will be making a separate snow map for Tuesday, depending on the latest model trends.

The model above even suggests that Wednesday will be an active weather day. Right now, we're just waiting for the energy to be sampled a bit better so we can figure out how it all comes into play here.