Heavy rain from Fred will move through Maine Thursday night. Another tropical threat from Henri is expected early next week. 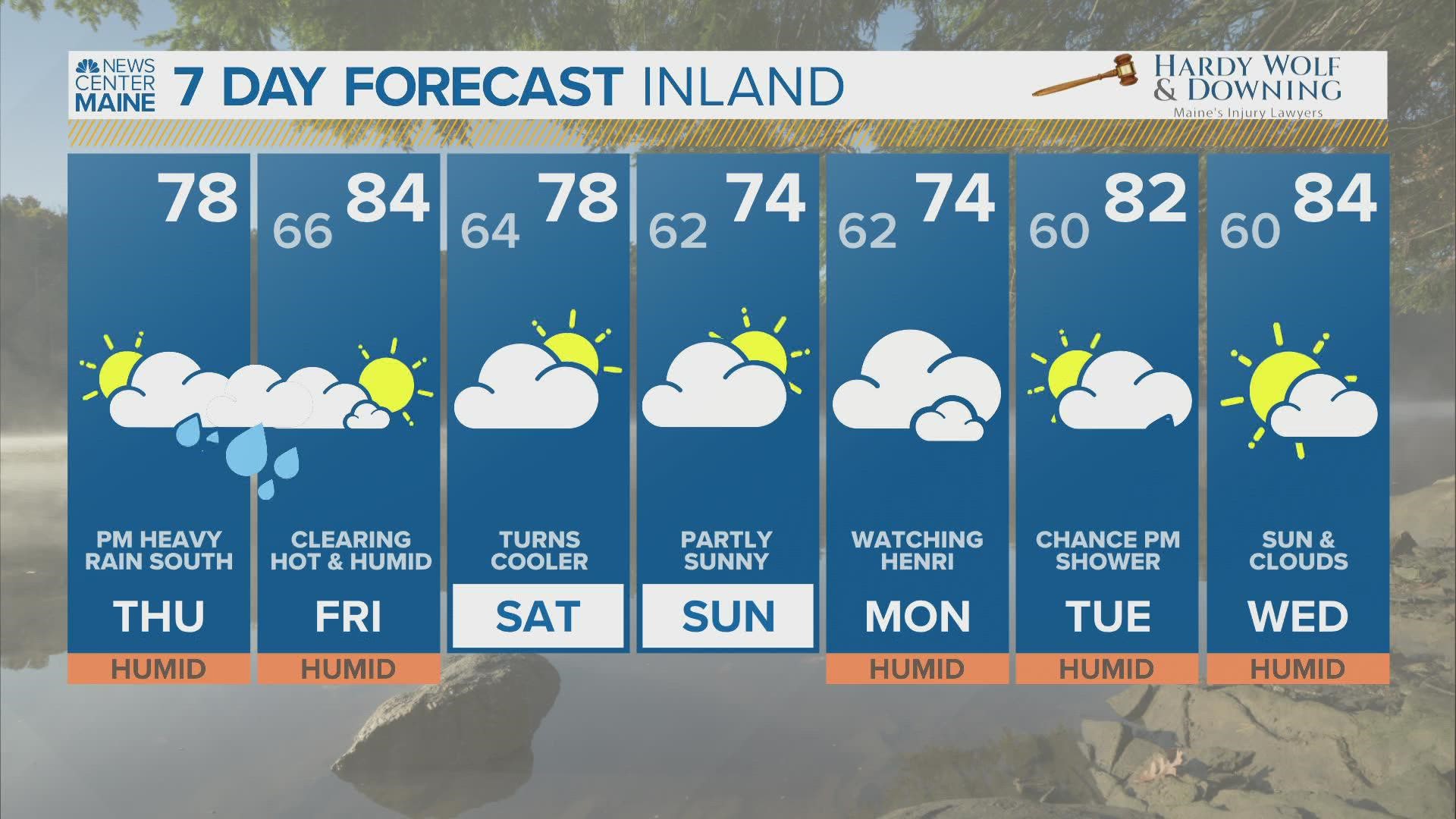 PORTLAND, Maine — Maine will see back-to-back threats from the tropics over the next few days. The first is rain. Heavy, yes, but just rain. Fred's remnants are working into New England right now and a band of tropical rain will cause tough driving conditions and drainage flooding issues later Thursday and through the night.

I expect steady rain bands to work into New Hampshire Thursday morning then cross the border during the middle of the day. The commute may be a challenge for southern Mainers, with lots of hydroplaning when it pours. The stripe of heavy rain will work north and east up the coast through the evening and first half of the night. I don't think it will rain much at all north of Bangor.

The comma head of rain will exit the Downeast coast pretty early Friday morning. Sun will pop out by the afternoon and it will turn hot...mid 80s.

The air is primed and moist for excessive rainfall, perhaps over two inches in a few spots. Some of the rain will fall over a short period of time and there is a flood threat. Drainage issues are likely and basements may get water in them too. The rivers should be ok but will need to be watched closely.

Henri is quickly moving to the front burner. The tropical system is near Bermuda and strengthening. The National Hurricane Center now moves it north, off the Eastern Seaboard, as a hurricane making a very close pass to New England by Monday. Parts of Maine and New Hampshire are now in the cone. While a direct hit is unlikely, it's way too early to put our guard down.

There are numerous solutions from the various computer models we follow and the results range from out-to-sea to a New England landfall.

Strength and positioning of the driving forces, like the trough to our west and the ridge to our north, are still uncertain. The pieces will eventually fit together, so keep checking back for the latest.

RELATED: Tropical rain and flooding a concern from Fred's remnants