The next larger storm moves through Thursday. There are several inches of snow expected to fall. 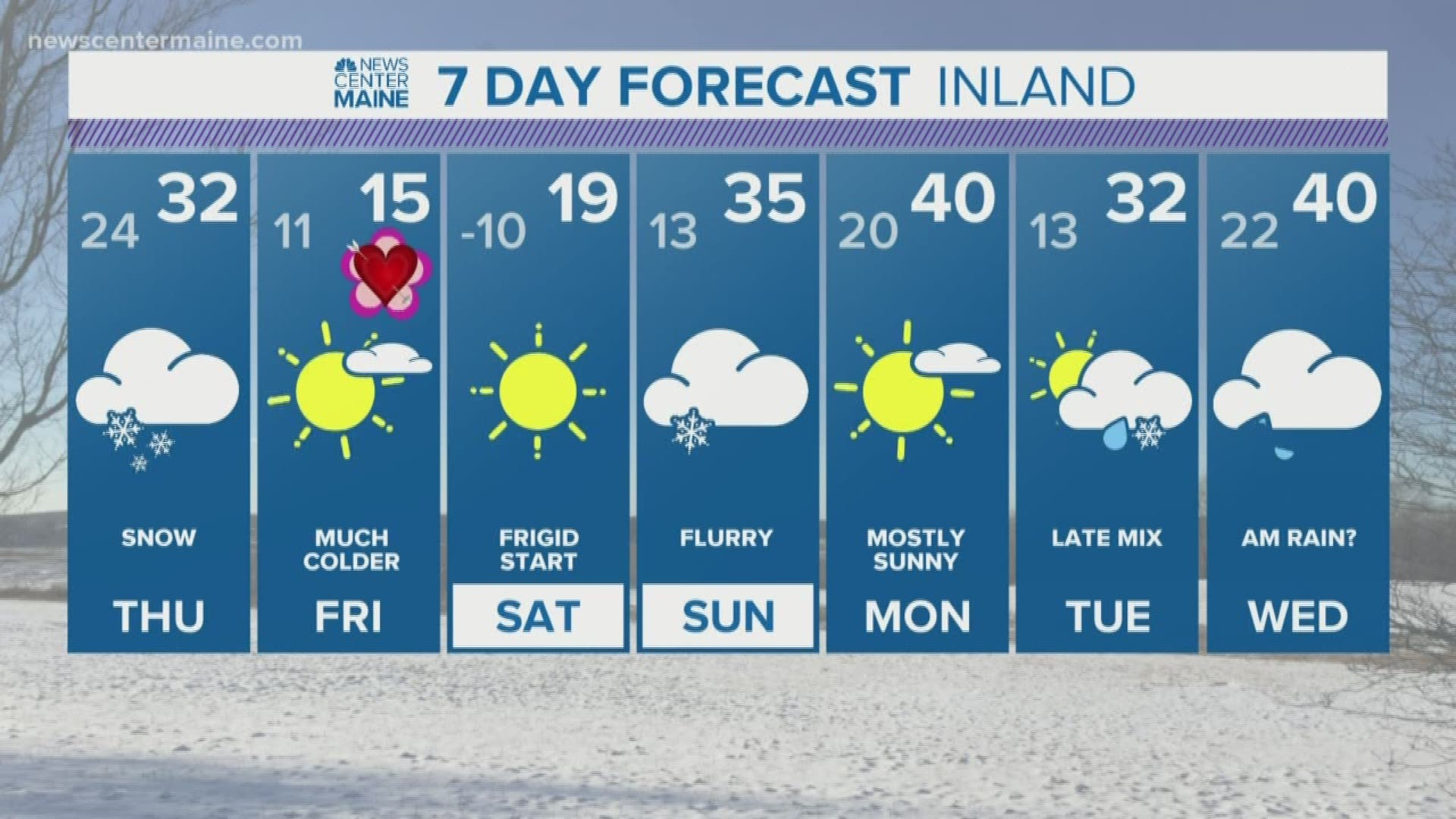 MAINE, USA — Snow hasn't been overwhelming but collectively we've picked up a decent amount over the last 10 days, pushing seasonal totals above normal over most of Maine. The storm track is still active and hasn't changed much. Another low will eject out of the Appalachians passing south of Maine at a fairly quick pace. Get your shovels ready and plows mounted, several inches will fall.

While the air preceding the storm isn't that cold, the track and path of the low looks perfect enough to keep the precipitation mainly snow. There may be a little mixing along the coast but not before a few inches pile up.

Snow will break out late Wednesday night, so roads will already have snow on them by the time the commute gets underway. It will fall steadily through the morning, gradually tapering during the afternoon and early evening. I'm currently expecting another round of delays and cancellations for Maine and New Hampshire school districts.

I think many towns will see around 4 inches but there may be a few isolated 6 inch amounts. Following tomorrow's storm, no significant snow is in the forecast until the middle of next week.

RELATED: What was that noise? Ice quakes rattling parts of Maine