A recap of impacts from Isaías in Maine and New England 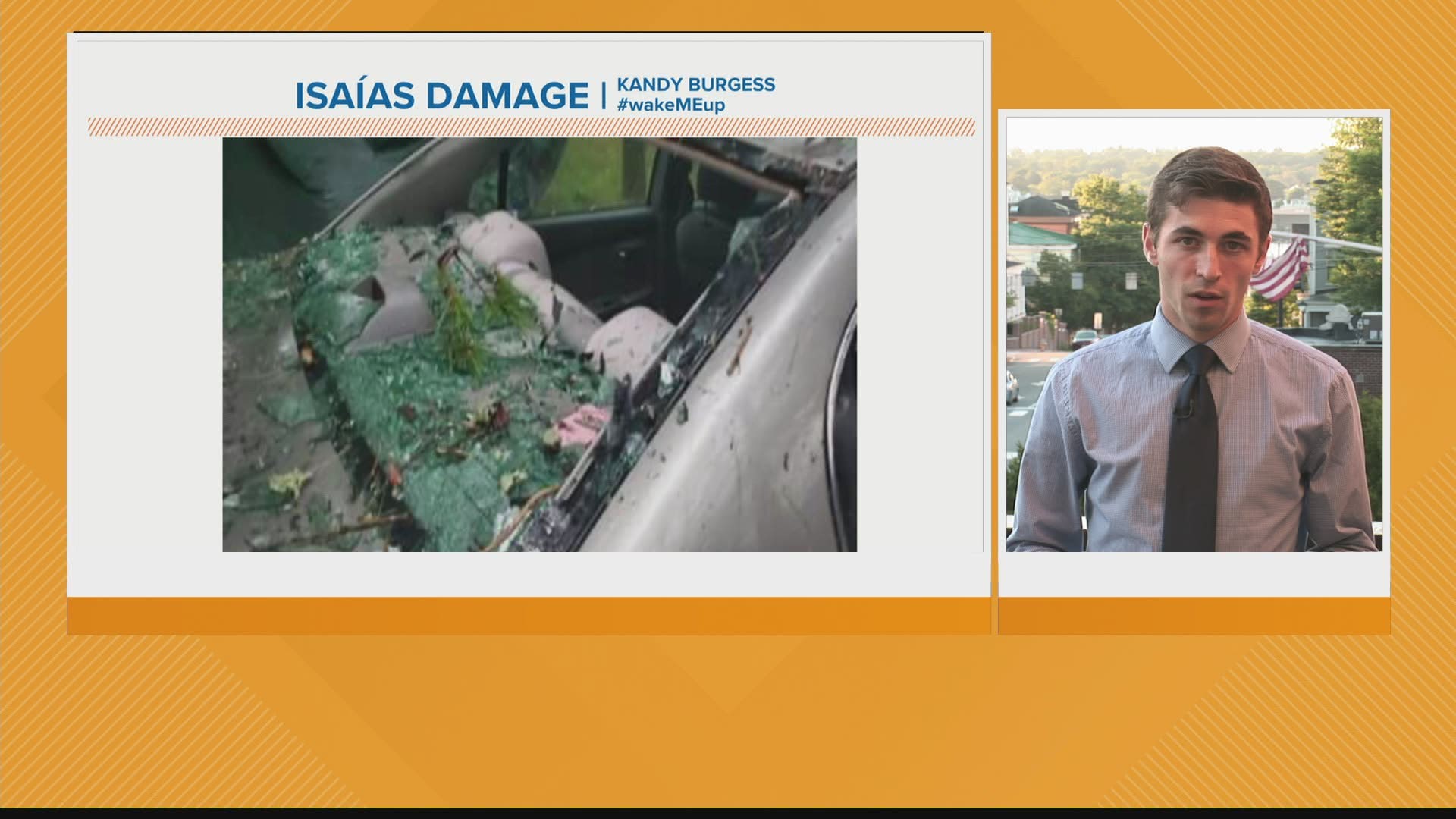 MAINE, USA — Isaías left a wide swath of wind, water, and tornado damage in its wake. Flooding was reported in the coastal mid-Atlantic, while the northeast was dealing with impressively strong wind gusts.

Locally in Maine, strong wind gusts dropped tree limbs and caused power outages. Some of the strongest gusts in Maine were reported to be in the 40-50 mph range. The heaviest rain missed us to the southwest.

Southern New England dealt with even stronger gusts. There were also tornado warned thunderstorms that moved through Tuesday afternoon and evening, though they avoided Maine.

The storm tracked into Vermont and moved through fairly quickly, but it left its mark. Take a look at the gallery below for damage pictures in Maine.

Mount Washington registered its strongest wind gust ever recorded for the month of August at 147 mph. The previous record for strongest August wind gust was set in 1954.

Around Maine, some notable gusts include:

Credit: NEWS CENTER Maine
These are some of the strongest gusts reported around the region.

Throughout southern New England, wind gusts were even higher. Some reports in Connecticut were closer to 70 mph, with official reports below:

This tweet has even more information on some of the strongest gusts recorded.

The storm's center moved up through Vermont and eventually over the international border.

Since we missed out on a lot of the rain, it is unlikely there will be any big changes to our local drought monitor.

Most of the state is still in a moderate drought. With the upcoming week consisting of mostly sunny days, it will be a while until we can get some meaningful rain here.

As far as the tropics go, it has already been a very active season. Hurricane season is measured from June 1 to November 30, though storms can form outside of this date range. The peak is around September 10.

This year has been an over performer already. It's only the beginning of August and there have already been nine named tropical systems.

New England usually sees influences from the tropics in September and October. For now, we get a break...but we will have to see what the rest of hurricane season has in store.