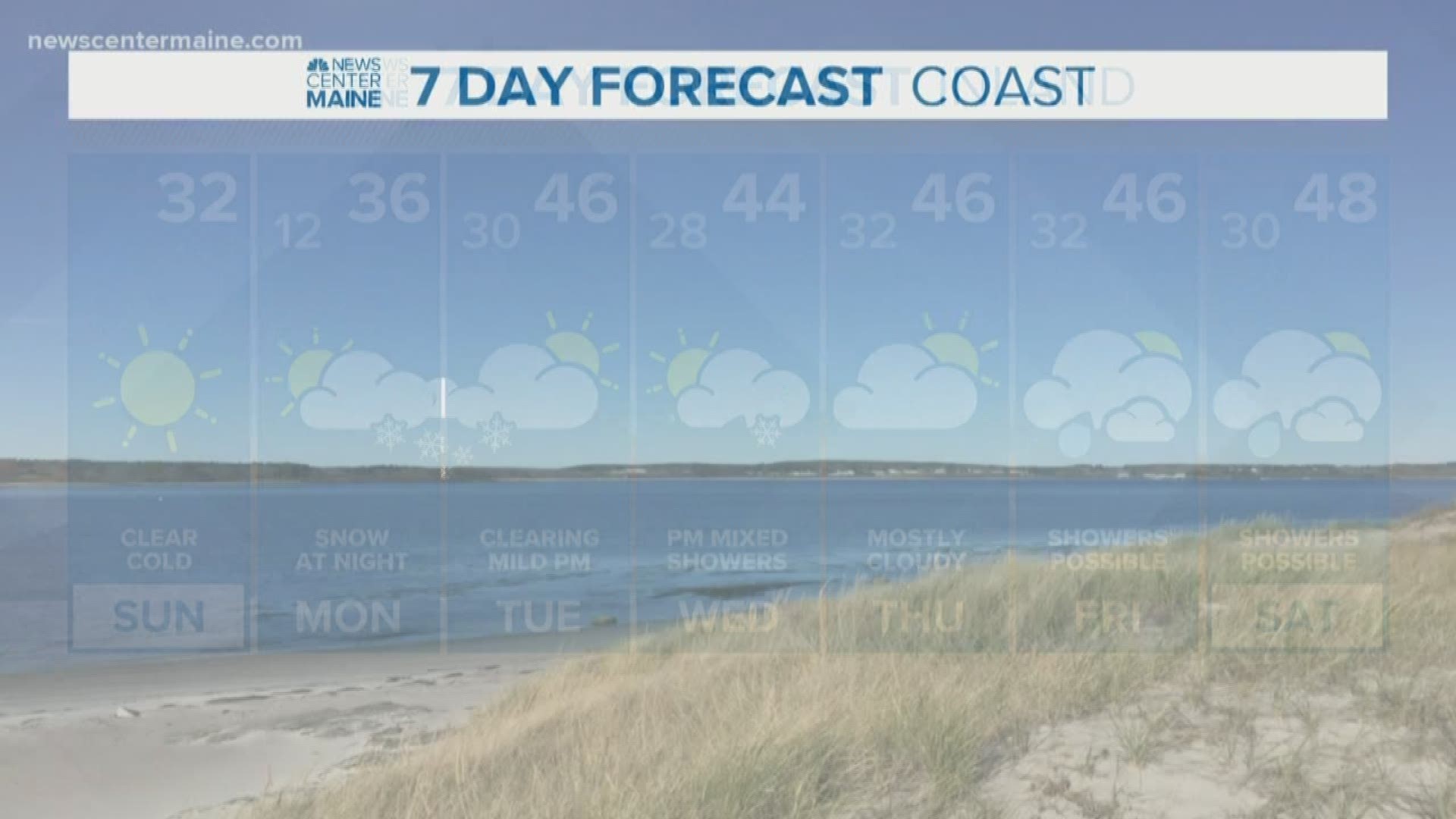 MAINE, USA — A spring snowstorm will hit quickly Monday night, and then we’ll be in the 40s to near 50º Tuesday afternoon.

I like this storm for a couple of reasons: 1) It’s hitting at night, which is important for accumulation this time of year. 2) It’s strengthening to our south and the dynamics will be favorable for a few hours of heavy, wet snow, especially in western and southern Maine.

The daylight hours of Monday will be mostly dry. The sky will cloud over with temperatures rising into the 30s.

Temperatures will be marginal, maybe even above freezing when it starts. But I expect the air to “dynamically cool” (fancy term that means when the precipitation comes down heavily, the air cools and raindrops can flip to big snowflakes). But this means the snow won’t be light and fluffy. It’ll be heavy, wet, and stick to everything.

The heaviest snow will be during the night, either side of midnight.

It ends very quickly Tuesday morning, around sunrise in western Maine. It will take until 8-10 a.m. to end in central and eastern Maine.

Whatever snow you do get will start to melt Tuesday afternoon, as the sun comes out and temps rise into the 40s. But if you get 6” of snow, you can’t count on Mother Nature to do the work and melt it in one day.

Here’s our current snowfall forecast. Honestly, to me, the biggest ‘bust potential’ is York County. I could see a place like York or Sanford getting 8” but I could also see them getting 2” if it stays too warm.

We think the jackpot will be from central New Hampshire into the Sebago Lake area, where over 6” is likely. 4-6” is expected for Lewiston, Augusta and Portland. 2-4” for Bangor, and the Downeast coast.

The optimist in me says more of us will be able to enjoy this snow; kids are out of school, many adults who can are working from home. But the reality is it’ll cause some disruption for anyone driving Monday night and early Tuesday. Southern Maine hasn't had snow in weeks. Since it’s going to be a wetter snow, the elderly and vulnerable may find shoveling it tricky. It’s a good time to be a good neighbor and give a helping hand if you can.

Check in with Mike tonight for an update. Todd and I will be in tomorrow morning with more. 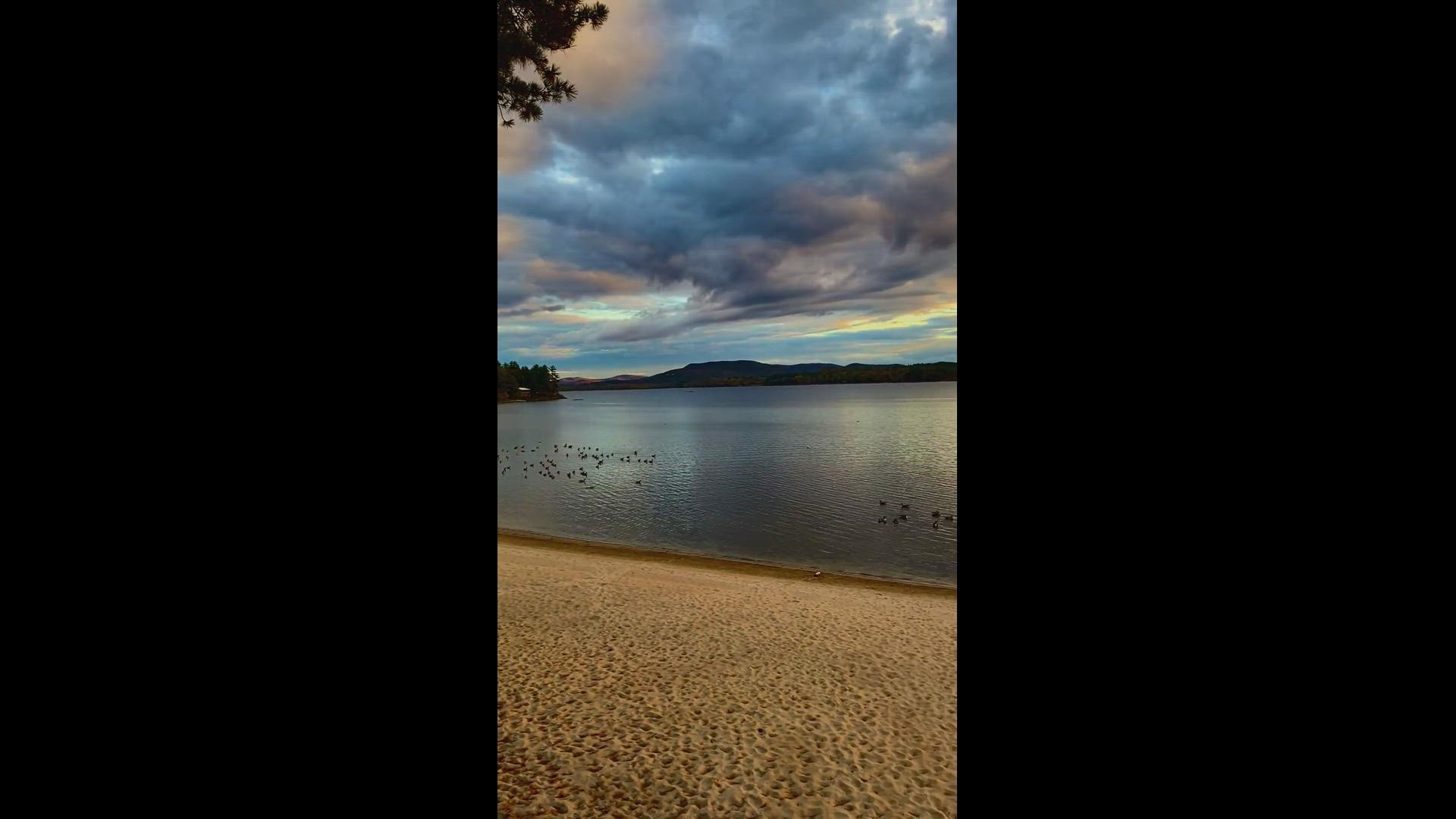 A beautiful sunset - Fryeburg, ME