Saturn and Jupiter will appear so close in the sky, that it will be difficult to see them as two separate objects. 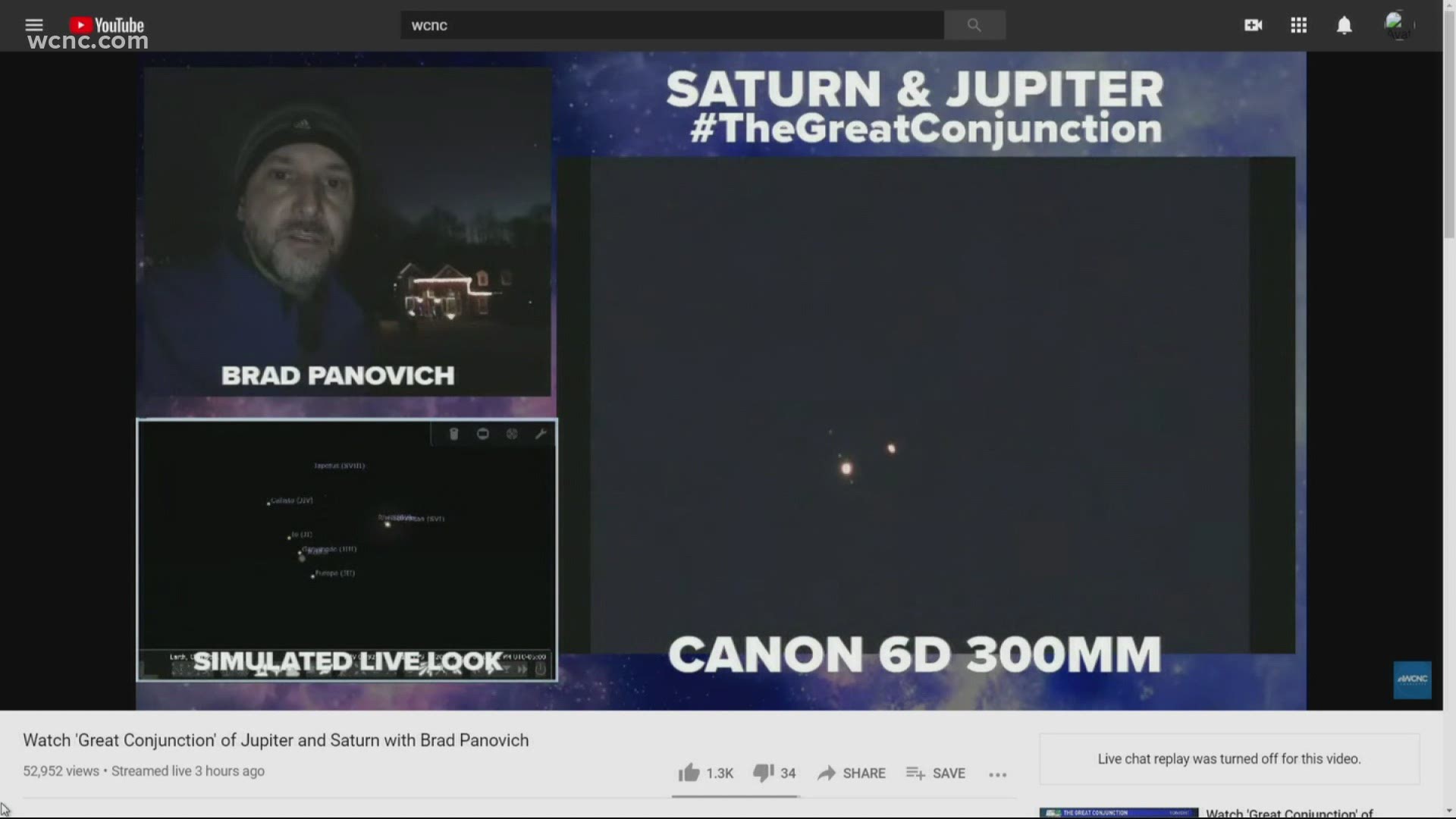 CHARLOTTE, N.C. — As the U.S. heads into colder months, two astronomical events are sure to delight and give us an excuse to go outside and look up in wonder at outer space.

The winter solstice, when the sun appears at its lowest point in the sky in the Northern Hemisphere and provides us the darkest day of the year, plus the 'great conjunction,' when Saturn and Jupiter appear so close together in the night sky they almost appear as one.

As Saturn and Jupiter have begun to appear close together in the sky throughout the year, on Monday Dec. 21 the two planets will appear so close that some may find it difficult not to see them as one object in the sky, Dr. William Teets, the director of Vanderbilt University's Dyer Observatory, told the Associated Press.

How to view the event

You should be able to view the two planets in the sky, depending on weather, with your own eyes. But, be ready to go outside and look up right at dusk because the planets will set right after sunset, experts say.

The best time to see the great conjunction will be around 6 p.m. Monday in the southwest sky.

If you want to watch the event live online, WCNC Charlotte chief meteorologist Brad Panovich will be providing a live stream Monday evening.

According to experts, you should be able to easily spot both planets in the sky around dusk with a pair of binoculars, or a small telescope, if you have one. This conjunction will be such a rare event because you will find it almost impossible to see both planets separately on Dec. 21.

In 2000 a great conjunction happened, but the two planets were still separated by about two full-Moon widths, so you could differentiate the two in the sky.