Central Maine Power says crews have restored 100,000 outages Tuesday, and most will be restored by Tuesday night. 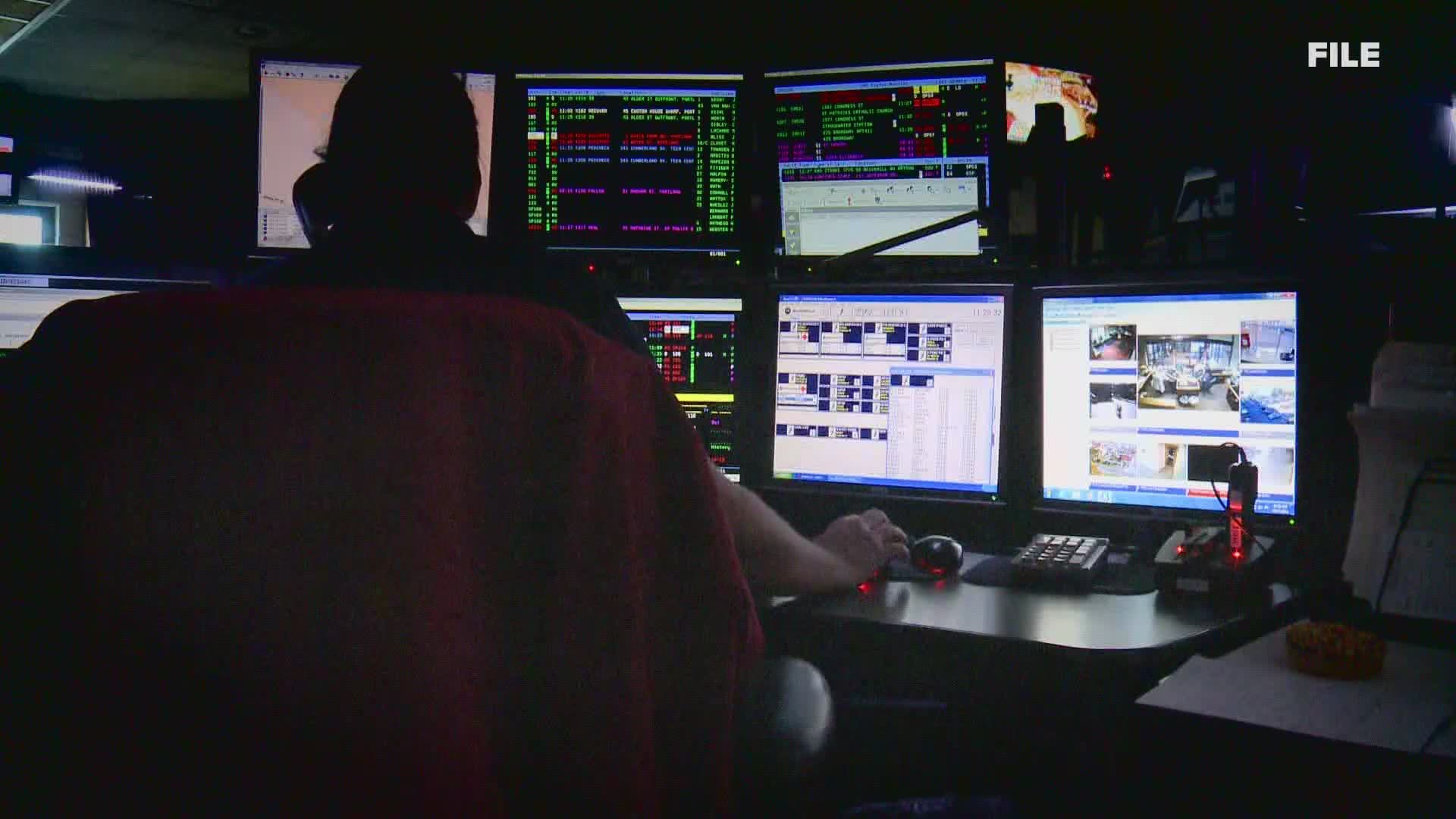 MAINE, USA — As Keith Carson clung to the top of Two Lights Lighthouse in Cape Elizabeth to bring you the latest on the November storm Monday, tens of thousands of Mainers across the state lost power from high wind gusts.

CMP says crews restored power to about 100,000 customers on Tuesday and expects the remaining outages to be restored Tuesday night.

CMP says because of the extent of system damage, Brunswick, Harpswell, Belgrade, and Litchfield are among the towns that will likely not be completely restored until Wednesday, in addition to some towns in Lincoln and Waldo Counties. CMP also said it's possible that more remote homes and camps could take longer given the priority to focus on the system repairs that restore the most customers at once.

“We understand that customers need power to work and attend classes from their homes and we will continue to work around the clock to restore power as quickly as we can,” Kerri Therriault, Director of Electric Operations for CMP, said. “We will shift resources to those areas that need more support as they finish up in other places.”

CMP says its crews and in-state contractors are being assisted by line crews from its sister company in Conn., and from Vt., N.J., and Canada. A total of about 1,260 employees are involved in restoration Tuesday, CMP said in a release.

Versant customers who are still without power by 10 p.m. Tuesday can expect to be without power overnight, the company said in an update, although they assure customers their crews are working through the night.

At about 10 p.m., the Portland Regional Communications Center announced that its 9-1-1 service was inoperable, and residents of Portland, South Portland and Cape Elizabeth should instead call (207) 874-8575 in an emergency. The service was restored a few hours later.

In Portland's West End, a 7,200-volt high tension wire snapped, igniting a nearby building and burning bricks, and even boiling the water used to extinguish the fire.

About a dozen people were evacuated from the Ronald McDonald House and taken to a local hospital, according to Deputy Chief Chad Johnston of the Portland Fire Department.

In Lewiston, a tree struck a house and narrowly missed hitting an infant. The child wasn't hurt but was taken to the hospital as a precaution.

A flash flood warning was issued just before 9 p.m. for southwestern Oxford County including Fryeburg and Bethel, and all of New Hampshire including Conway, Lincoln, and Tamworth through 2 a.m. Tuesday.

Flash Flood Warning for Southwestern Oxford County, including Fryeburg and Bethel and parts of NH including Conway, Lincoln, and Tamworth#NCMwx #MEwx NHwx pic.twitter.com/F9hcCJYfIs

Jess says gusts up to 63 mph were recorded in coastal Massachusetts, and says Maine can expect wind gusts between 50 and 60 mph late Monday into early Tuesday.

Keith and Jess say Maine has the benefit of no leaves on the trees now, "so we can handle gusts to 50 mph better than we could a month or two ago." Gusts of this level lead to scattered outages, they say.

"However, if gusts do push up closer to 60 mph, outages would become widespread. So, power outages are expected. It's just a matter of how many."

Power companies say if the storm does cause widespread power outages, crews are ready.

You can prepare by:

And remember, you can share photos and videos of the storm from your community by using the Near ME tool of our mobile app. Just remember to be safe while doing so.

*Do not attempt* @KeithCarson is a professional (we think). But, you can share YOUR photos and videos of tonight's storm and any damage you see with us by using the Near ME tool on our mobile app, safely of course. 🌧️ https://t.co/IM1vHNfrIH 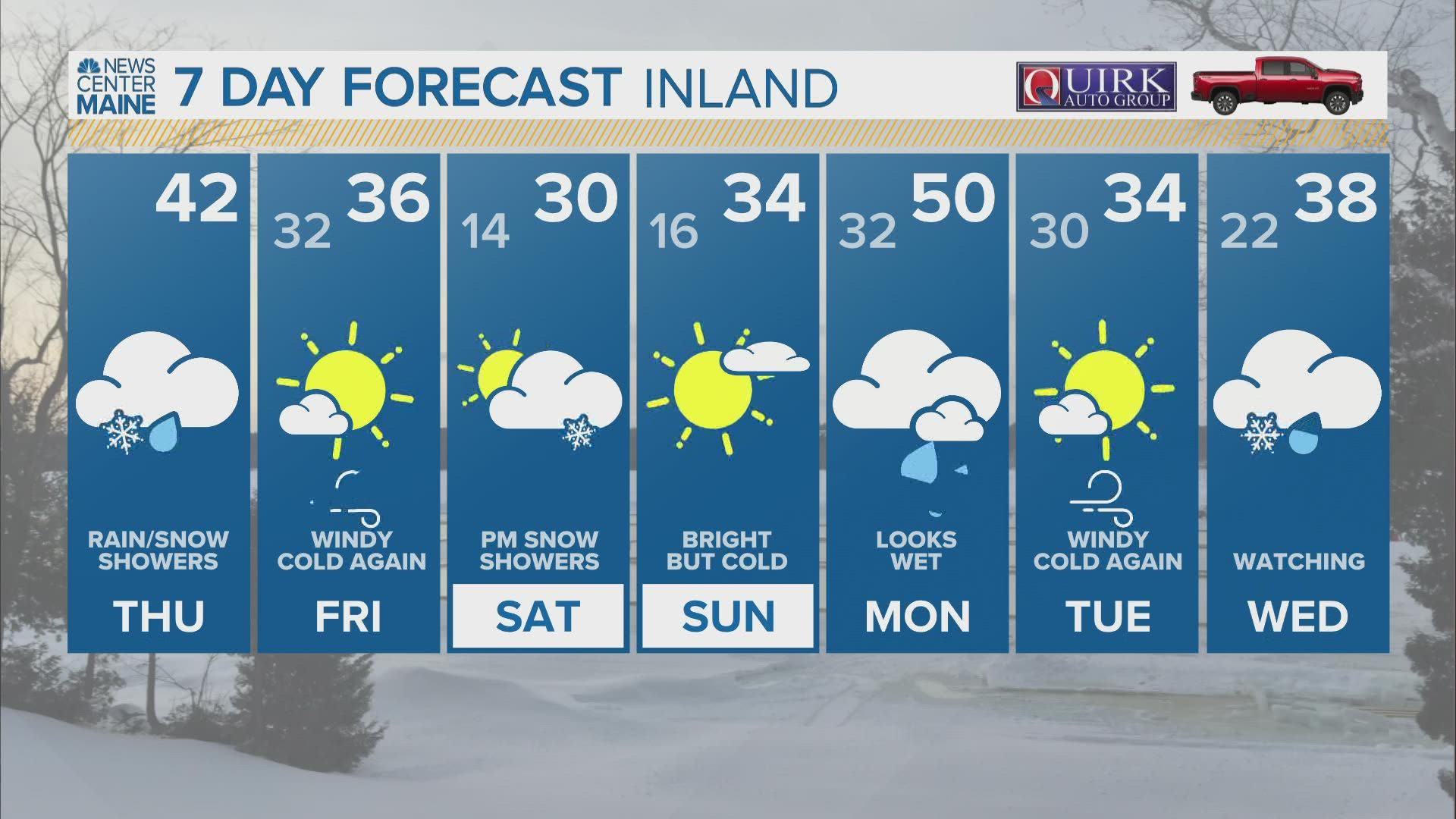