It has been over a month since parts of Maine saw measurable snowfall. After what has been a rather quiet March, mother nature says we're not done yet. 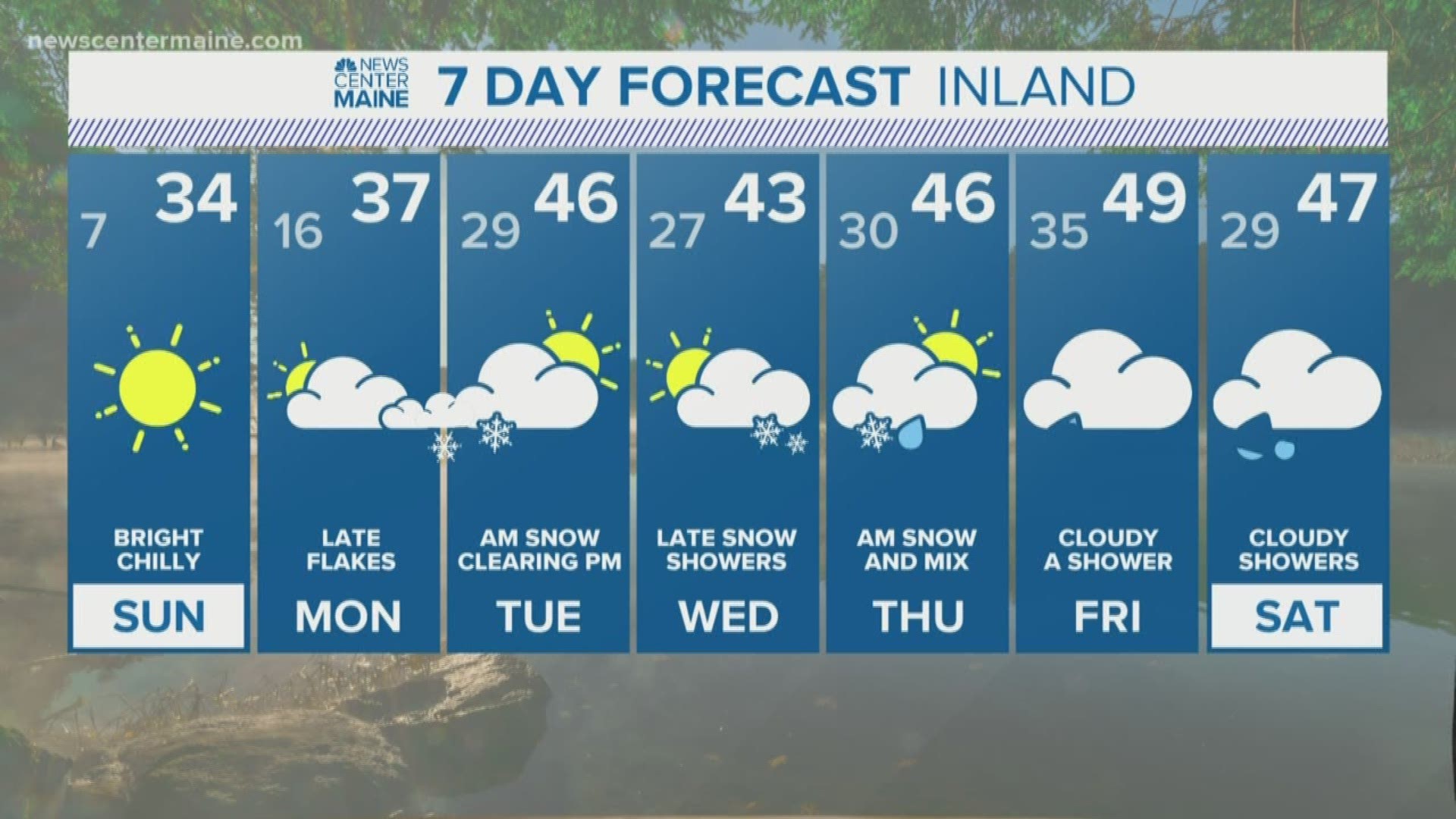 MAINE, USA — Spring officially started on March 19, if you want to go by the astronomical definition. If you choose the meteorological definition, then it has been spring since March 1.

No matter how you choose to define it, there is no denying that it has certainly felt like spring. It seemed that maybe the groundhog was correct this year. I also should mention that it wouldn't be March in New England without some snow.

That's where we are. We're three weeks through the month, but our first snow event in almost a month is now looming. It's a pretty quick system, but it will be enough to get us on the map for some March snow totals.

No measurable snow so far in Portland and Bangor for March. The County has seen plenty, though.

Let's get into the forecast.

Monday starts off quiet, but clouds thicken up through the day.

By Monday evening, snow showers start up through western Maine. Snow could be heavy at times.

The reason this is such a perfect set up is because it happens at night. It'll be cold enough for the snow to actually stick. If it was during the day, it's more likely that the snow would mix and not accumulate.

RELATED: As coronavirus impacts flights, many Mainers aren't getting refunds from airlines

Snow continues overnight and spreads east. Northern Maine will not see much snow out of this, since it's a rather compact coastal storm.

Credit: NEWS CENTER Maine
As wind shifts to be off of the warmer ocean, it could transition precip to rain right along the coastline.

The system clears out pretty quickly on Tuesday. By noon, most Mainers are dry and possibly even enjoying some breaks of sun in the west.

So, let's talk totals. Not really a blockbuster event, even for March. On the flip side, it's the first snow event in about a month.

Highest will be near the Fryeburg area. I think Lewiston could end up with about 6" as well, with most melting quickly heading into the afternoon.

Along the coastline, the switch to east wind off of the water could be enough to bump up temperatures and transition the snow to a bit of mix or rain. This would happen around sunrise Tuesday morning, which could cut back on snow totals just a little bit.

Despite the snowy morning, Tuesday afternoon's temperatures will be into the 40s for most of the state. The temperatures gradually trend warmer through the week.

I don't think this snow lingers for too long with more rain and warmth in the forecast.

Will it be the last of the season? Tough to say. We'll see how April treats us.