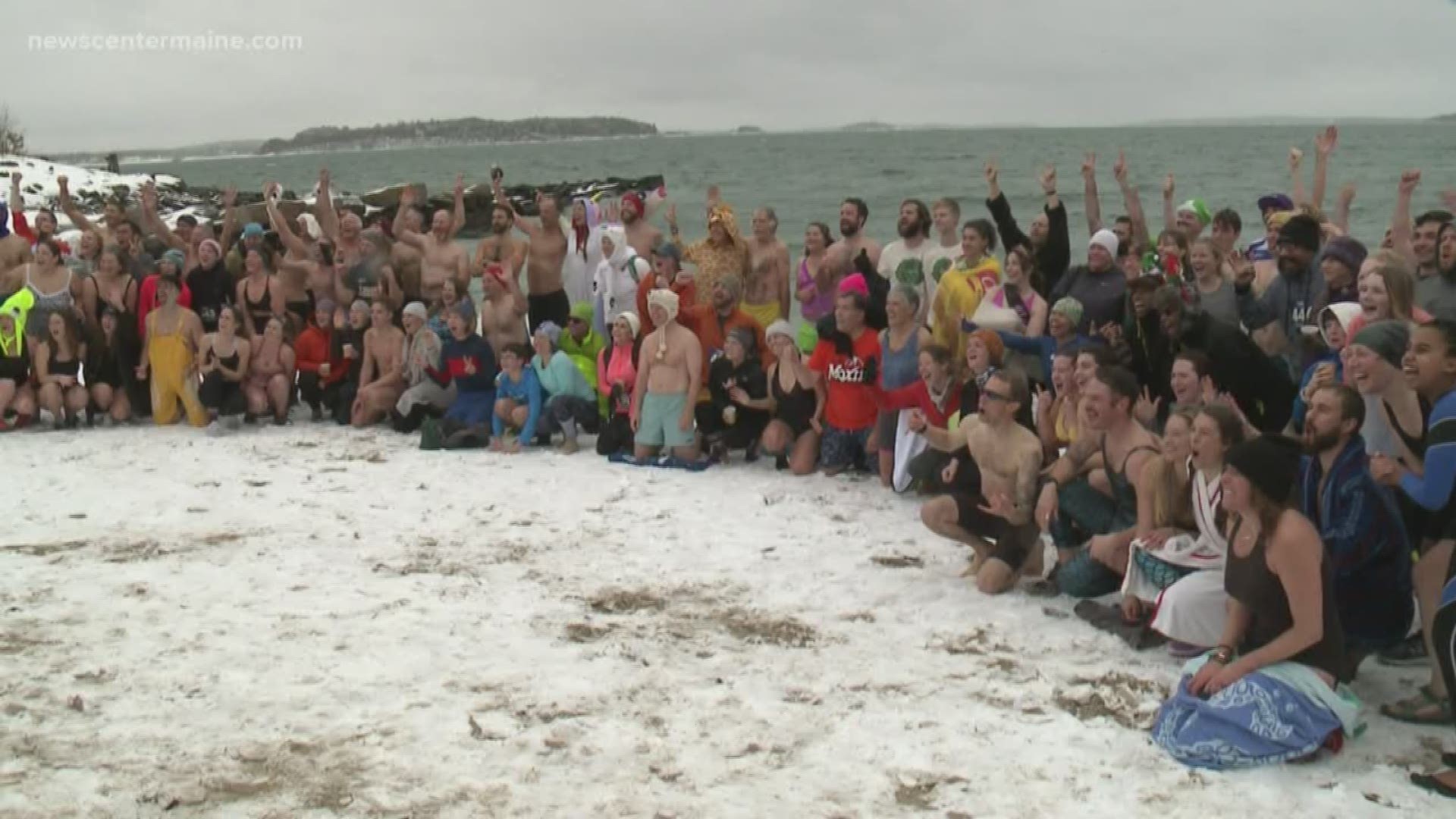 The event, organized by the Natural Resources Council of Maine is celebrating its 12th anniversary raising money to support the organization's campaign to accelerate Maine's transition to a clean energy future.

This year's annual Polar Dip & Dash happened on the heels of a two-part snowstorm that dumped a foot of snow on Portland.

The event started with a 5k around Back Cove.

Reed Henderson of Gorham won the race. About jumping into the water though, he said laughing. "My mom forced me to. No, seriously, it just seemed like something I would do."

Brian Rhodes-Devey of Portland said, "It seemed like a good idea at the time." 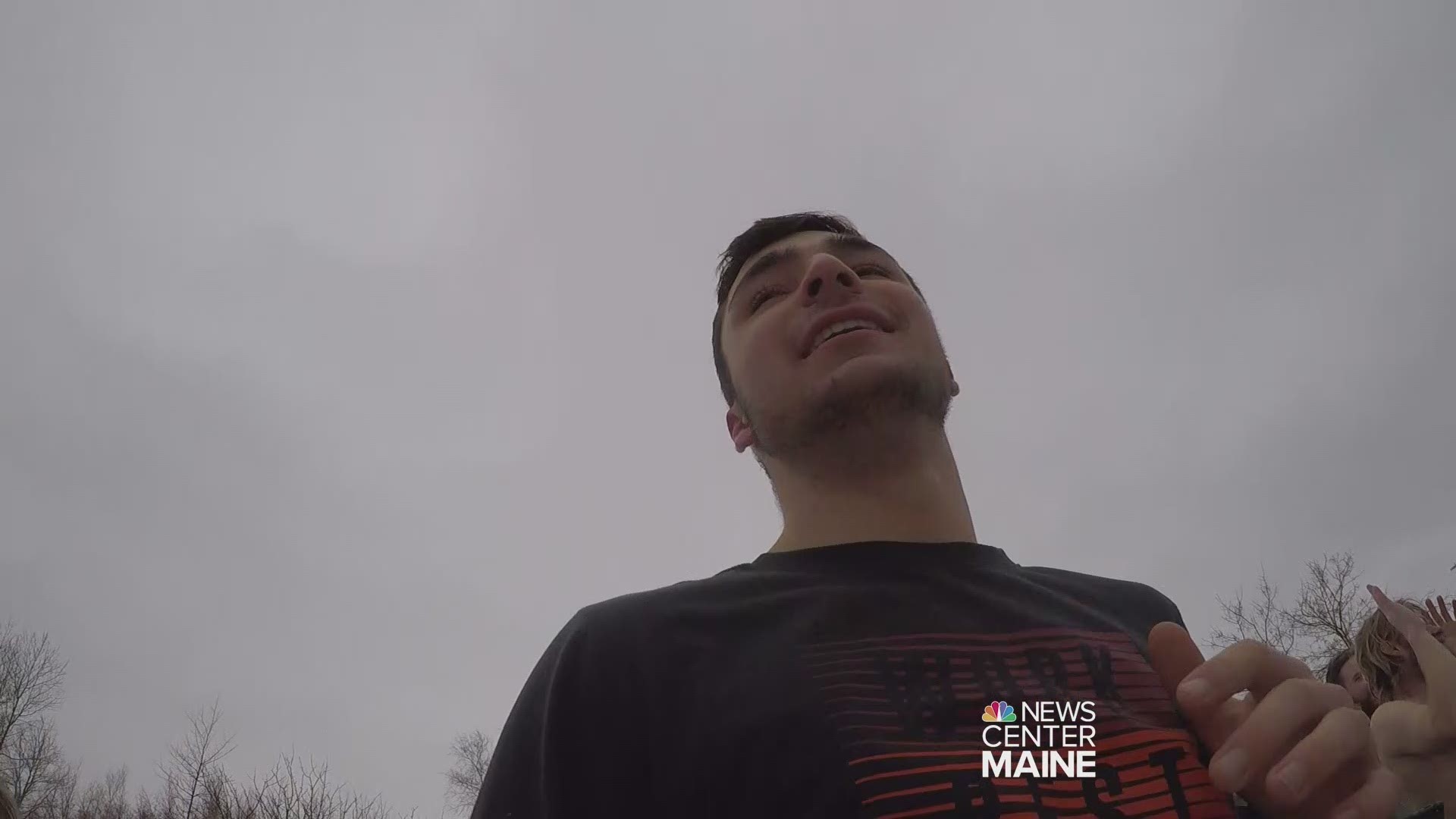 "Tom Petty said the waiting is the hardest part so standing here has been the most difficult," Rhodes-Devey said.

Minutes later after a 10-second countdown it was go time.

The daring Mainers ran into the Atlantic Ocean and most of them ran right back out.

"It was really cold, shockingly," Michelle Starin of Portland said.

It was the first time Starin participated in the event and she said it couldn't have turned out better. "Today was the perfect day because it was a perfect Maine day."

Bill Mill of Portland said of the Dip & Dash "It's cold, you get in and it takes your breath away and get back out and it's nice".

Sam Wood who took part in the event with Mill said, "It was very refreshing, invigorating even."

We got this! Mainers brave snowstorm for annual Polar Bear Dip & Dash

People from all over Maine braved frigid temperatures to have some fun and help raise money to help NRCM fight climate change.

Starin yelled, "We love the environment, so hooray."

Wood who was warming up with Mill after the plunge summed up the event best.

"It's definitely the best way to ring in the new decade."

Founded in 1959 the Natural Resources Council of Maine is a nonprofit organization protecting Maine's land, air, waters and wildlife.