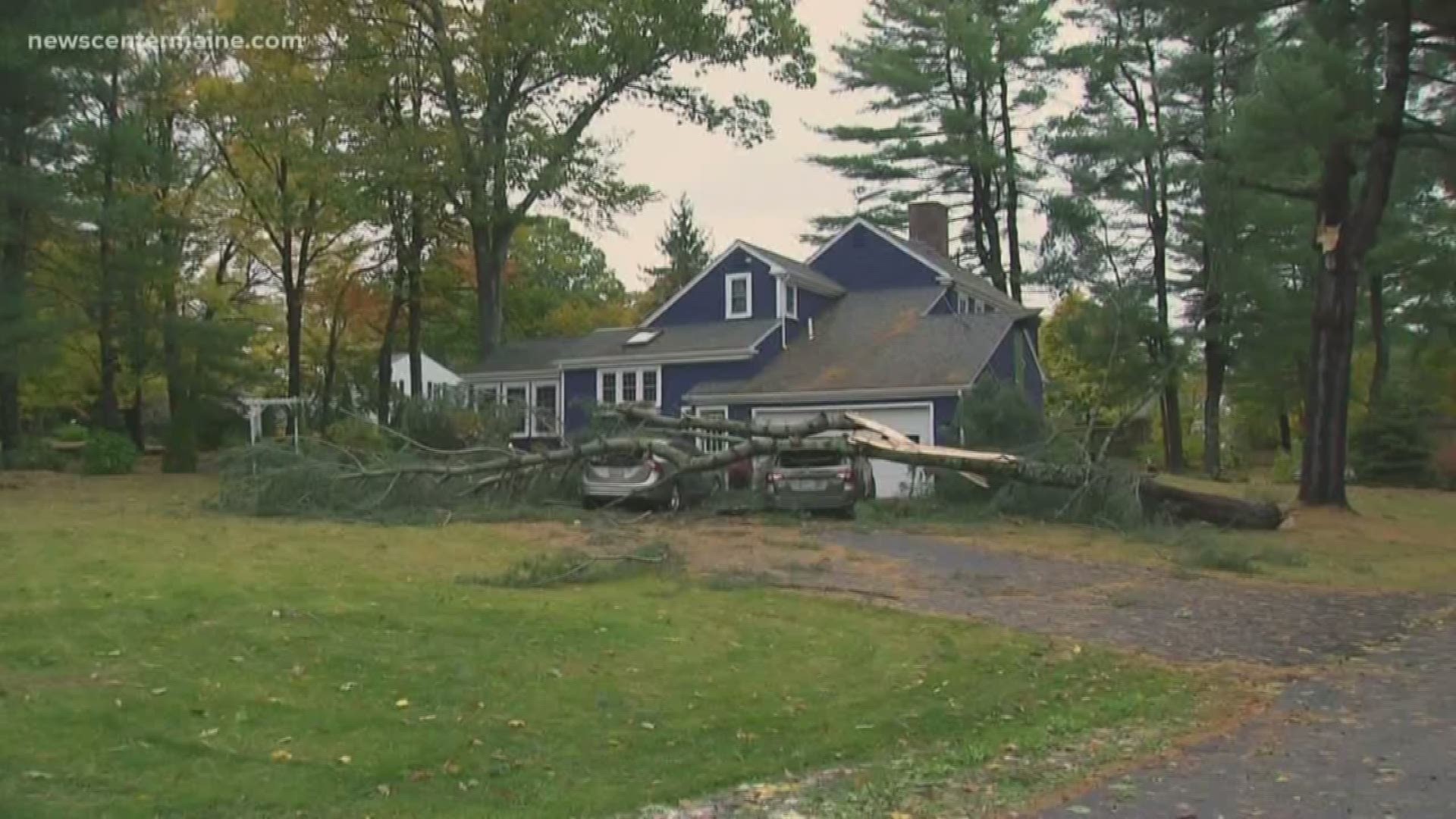 MAINE, Maine — A nor'easter that blew gusts of up to 70 mph through parts of Maine overnight Wednesday and into Thursday caused "significant" damage. Central Maine Power said that it likely leave parts of the Maine coast without power for days.

“We have heard loud and clear from our customers during storms that they simply want to know what to expect so they can plan,” CMP President and CEO Doug Herling said in a release Thursday evening. “Once we had a thorough understanding of the extent of the damage [Thursday] afternoon we wanted to advise customers as soon as possible that they may be without power for several days so they can make necessary arrangements.”

Nearly 100 CMP crews and 100 contract crews were out Thursday working to restore outages, but statewide more than 200,000 households remained in the dark just after 1:30 p.m.

The bulk of the outages occurred along the coast, with Central Maine Power reporting 59,582 accounts in Cumberland County and 29,295 accounts in York County without power as of Thursday afternoon.

Friday morning, Emera Maine said on their website, "With more than 27,000 customers restored, crews will continue to work throughout the day on Friday to make repairs to bring the largest number of customers back online first, working toward smaller outages and more remote locations. Our team will continue working into the weekend to restore service to all customers."

Viewer photos of storm damage and clouds across Maine 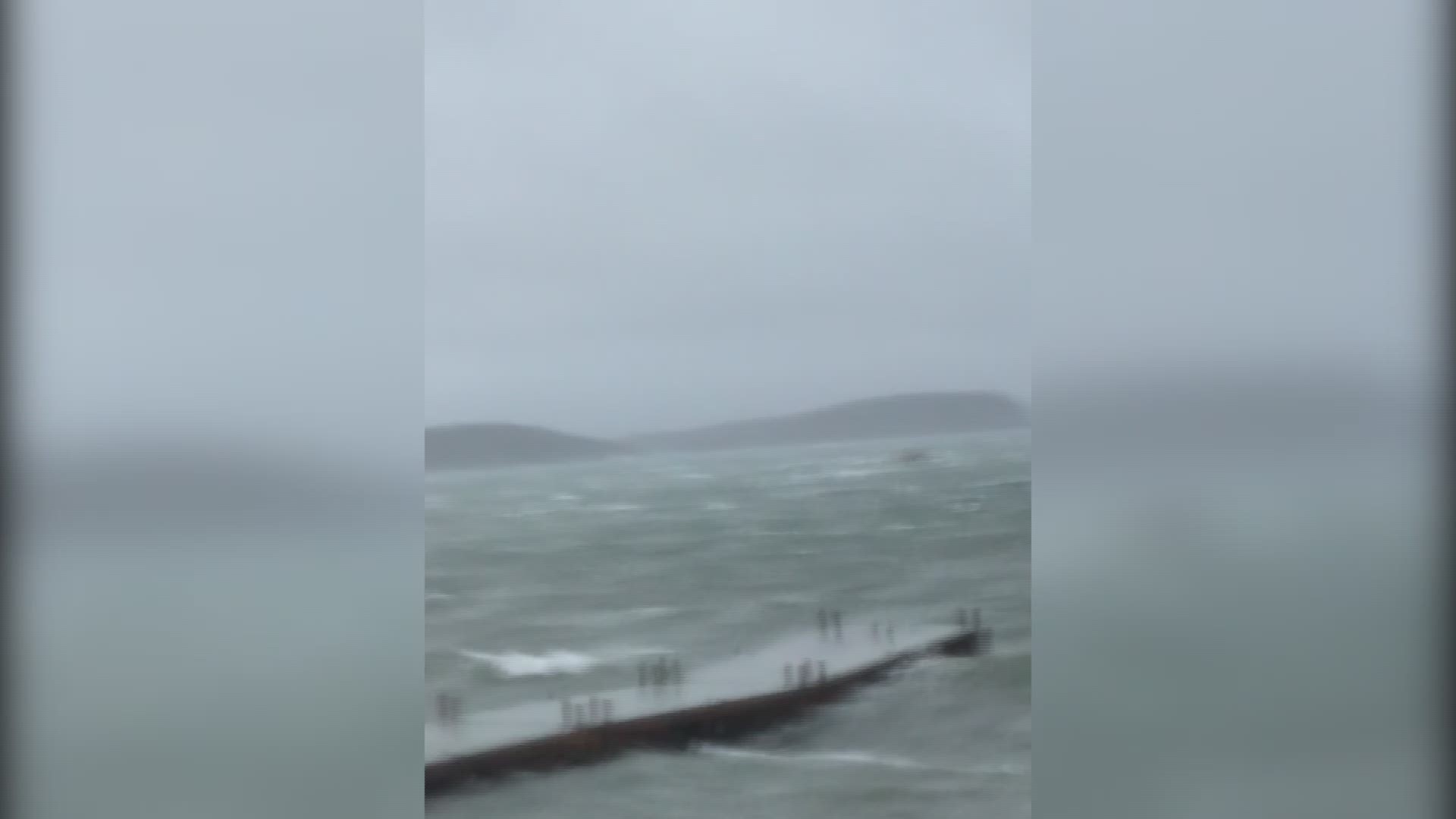 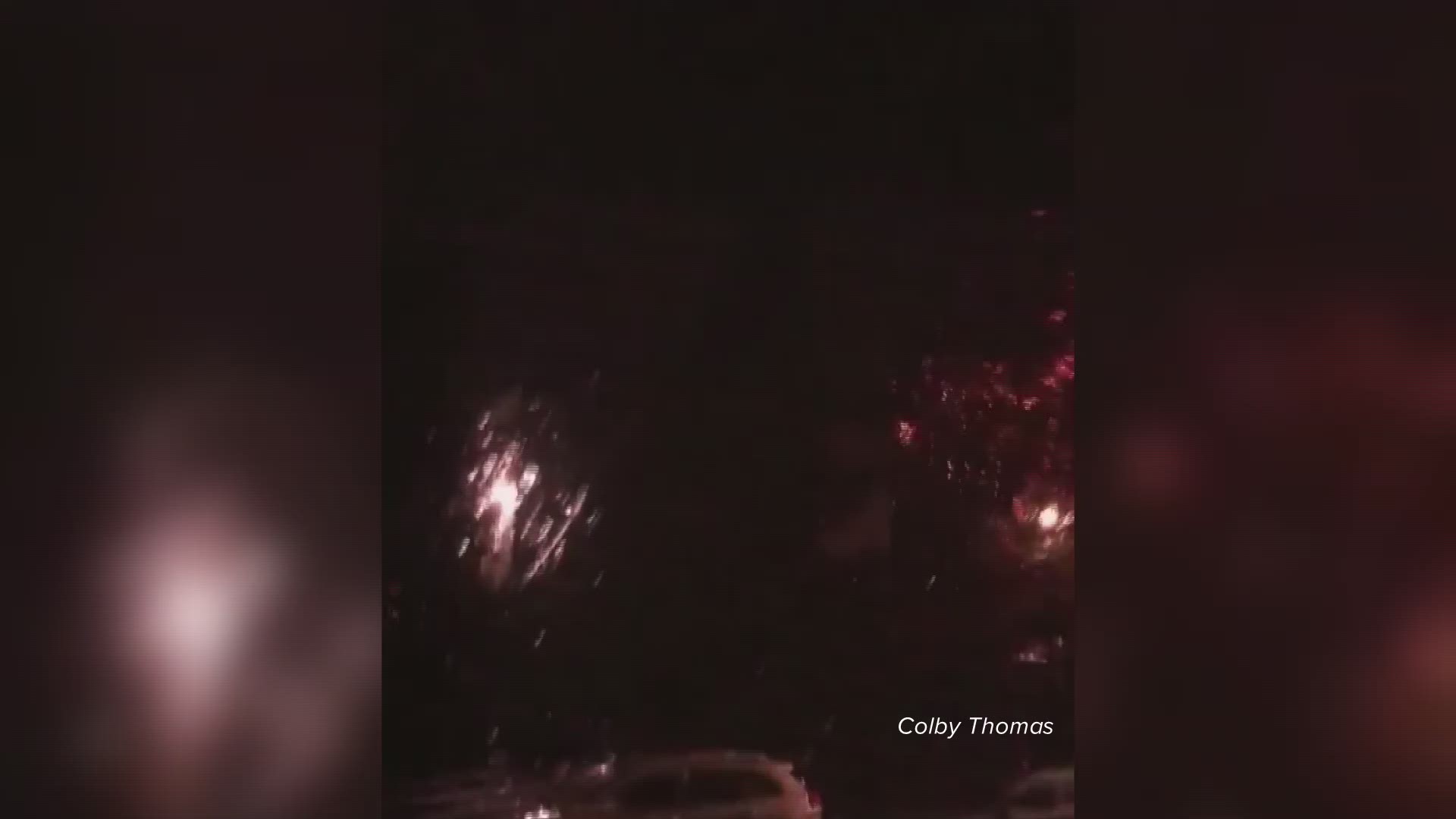 Colby Thomas of Biddeford captured incredible footage of a transformer blowing around 5:30 a.m. on Bacon Street Thursday in what looked like a fireworks show outside his home.

Some of the storm's strongest winds have been seen in Casco Bay through Penobscot Bay and Downeast Maine. At the Portland Jetport winds gusted to 62 mph, making it to the top-ten list of strongest wind gusts in Maine since 1941.

Georgetown saw gusts of 67 mph, while Cape Elizabeth topped out at 65 mph and Portland at 62 mph.

CMP posted on Twitter earlier on Thursday that nearly 200 additional crews were headed to Maine from Connecticut, New York and Canada to assist with the restoration effort.

RELATED: Power knocked out for more than 200,000 Mainers due to season's first nor'easter

RELATED: Staying safe when using a generator during a powerful storm