Why do the strongest storms tend to form inland? Meteorologist Mike Slifer breaks it down. 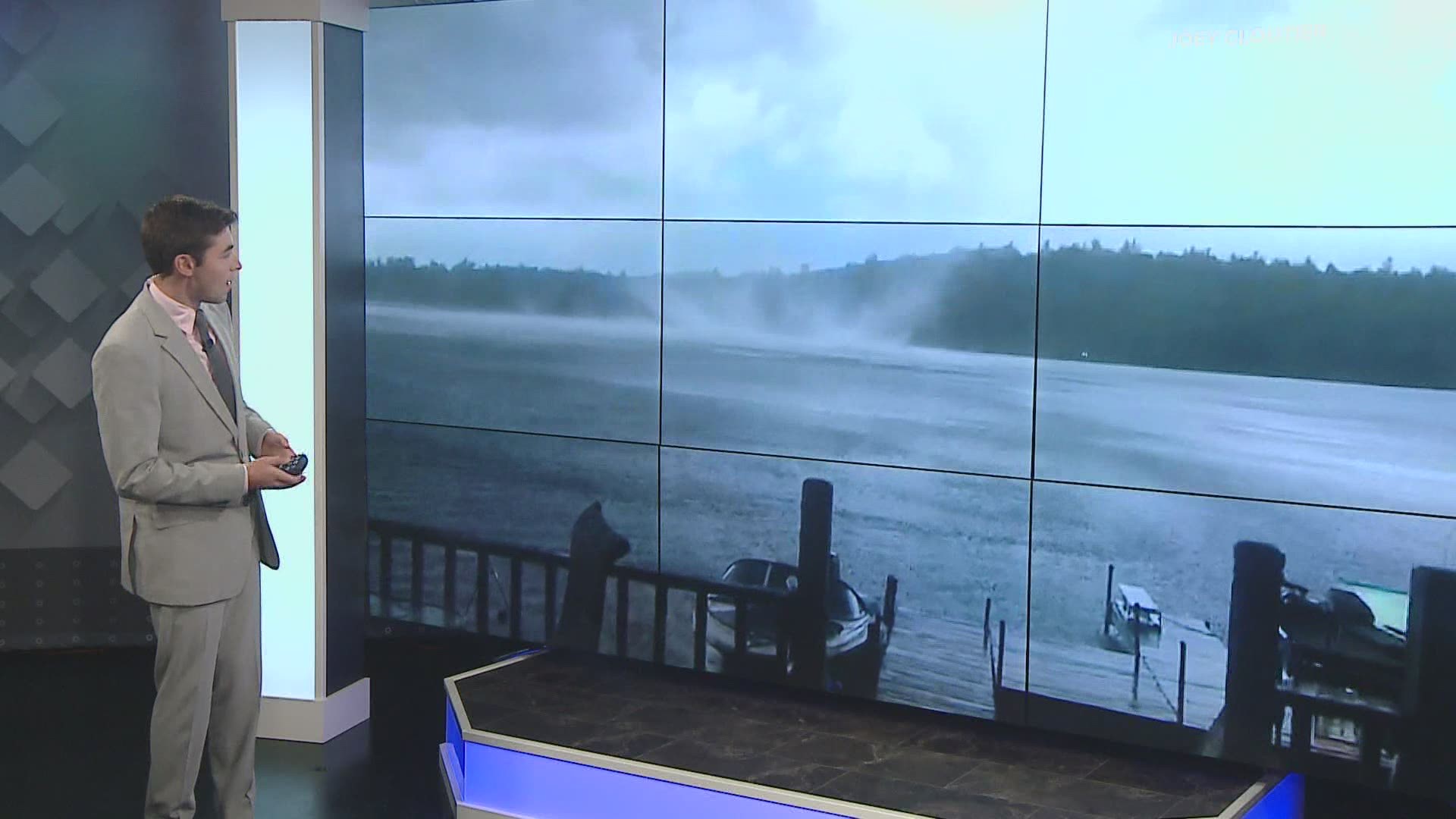 MAINE, USA — It seems the word "tornado" has been a bit of a buzzword on social media for Mainers over the past week.

This is not a huge surprise, since tornado warnings are so rare in Maine to begin with. The past week has featured a few different tornado warned storms across the state.

Severe weather in Maine occurs most often between June and August. In general, the highest risk of severe weather is in the western and northern parts of Maine.

On average, Maine only sees two tornadoes per year.

All of the confirmed tornadoes have been an EF2 or lower, which is the weaker end of the Enhanced Fujita scale.

So far, 2021 has no confirmed tornadoes. Last year, one tornado was confirmed in Cumberland County. The exception is July 1, 2017, when five tornadoes were confirmed in Maine.

The Enhanced Fujita scale, with ranges from EF0 to EF5, measures tornado intensity based off of damage.

There are two big reasons why Maine does not see high EF ratings:

Most of the EF3 to EF5 storms on record are in the Midwest and South, where there is additional support for severe weather. This is especially true in the spring as the seasonal patterns begin to shift.

There are a few things that we need to actually get severe weather.

The first is lift. This can come in the form of a front or some energy aloft. It actually allows the storms to fire.

The second ingredient is instability or the amount of energy that a storm has available to use.

You also need moisture. Without moisture, there would be no clouds!

Additional moisture and higher dew points will make the air even less dense and more unstable. Higher dew points also can lead to a lower cloud base, which is a necessary ingredient when talking about getting a funnel cloud to reach the ground.

Wind shear, or a change in wind direction and speed as you go up in the atmosphere, helps to organize these strong storms. High shear situations tend to favor storms that can produce tornadoes.

Sometimes a nearby boundary, like a warm front, can facilitate in firing storms and bring enough shear to help storms get strong.

So, why does most of the severe weather happen away from the coast?

On a typical severe weather day, a warm front will be located north with a cold front to the left. This puts Maine in the "warm sector" of the storm, where temps and dew points are higher.

Wind will come out of the south and southwest on these days.

Away from the coastline, southwest wind will pull in air that has been sitting over land.

The sun heats land more quickly than water. This usually means there is more energy for storms to tap into inland.

This provides an environment to maintain strong storms from Quebec or New Hampshire. Since there are more "severe weather ingredients" on a typical day inland, we usually expect more severe storms here.

At the coastline, it's a totally different story.

Wind out of the south and southwest will be coming off of the ocean.

Even during the hottest summers, the ocean is much colder.

This cold, more dense air ends up moving over land, generally south of I-95.

The stable marine layer greatly reduces the amount of energy storms have. While severe weather tends to favor inland areas, there are certainly other scenarios that could bring severe weather right to the coast.

The best way to stay weather aware on active weather days is with the NEWS CENTER Maine app, which will send you push notifications about storms based on your location.