The ice didn't come Sunday, but all that rain will make for a slippery Monday morning commute

Folks in central Maine were ready for ice, but all they got was rain and snow flurries. 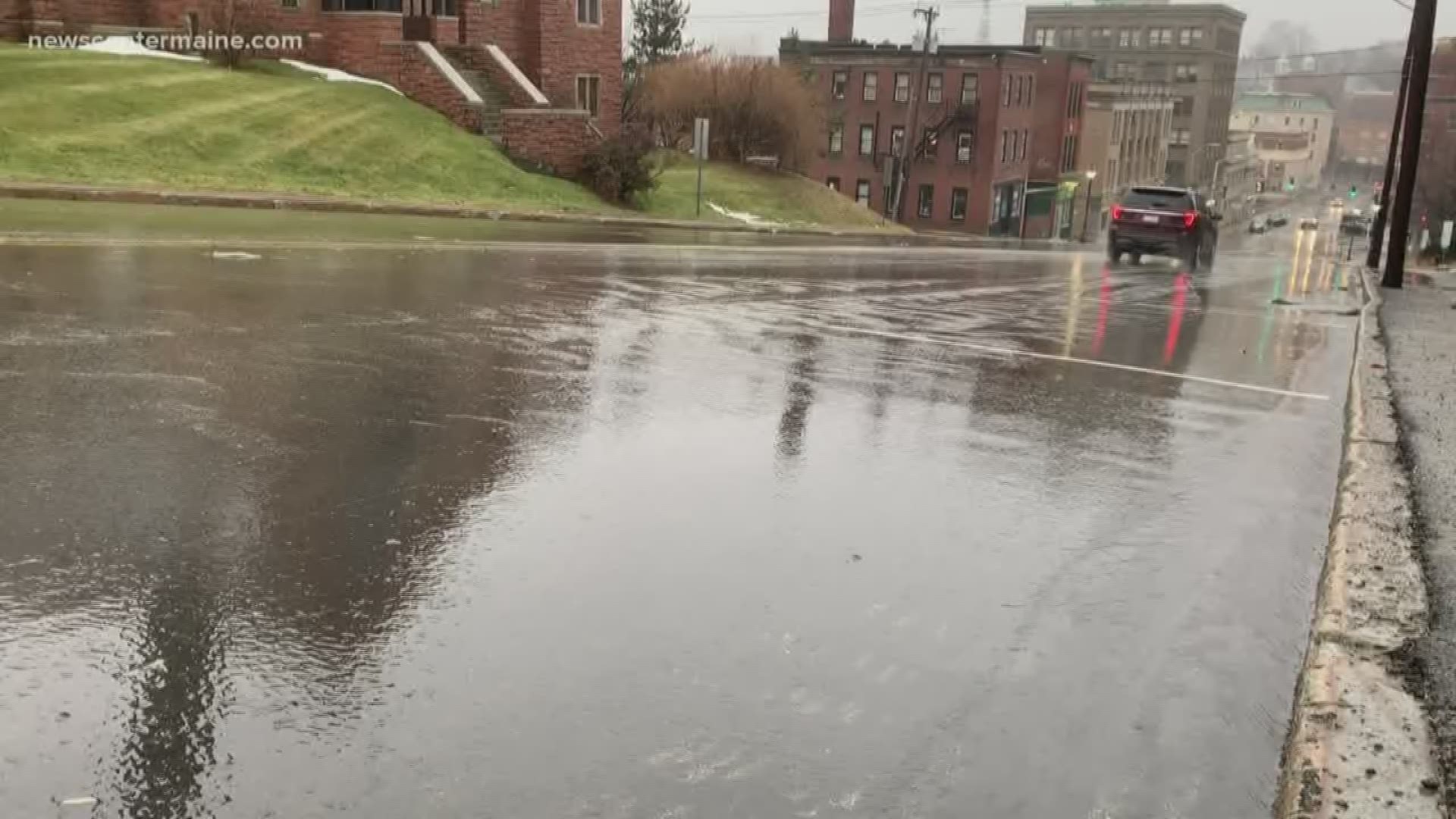 MAINE, USA — Flashbacks of ice storms raced through the minds of Mainers up and down the state on Sunday. Spending days without power, dealing with brutal cold, and slick roads was a possibility, but with temperatures staying slightly above freezing, was luckily avoided.

At 11:30 a.m. Sunday, some snowflakes began to fall in Bangor, but that was the only snow sighting in the area. Flakes were also spotted in Corinth and Garland Sunday afternoon.

The flakes and all forms of precipitation slowly phased out during the early afternoon.

Few power outages were reported and there was minimal damage to cars on the roads Sunday.

However, all that precipitation came with a cost.

As the slush, rain, and melted snow sits on main roads, residential areas, and back-roads, Monday's commute may be slick.

As temperatures drop overnight, all the water on the road will freeze, which will cause black ice to form during the commuting hours.