Partial solar eclipse will be visible in Maine Thursday morning 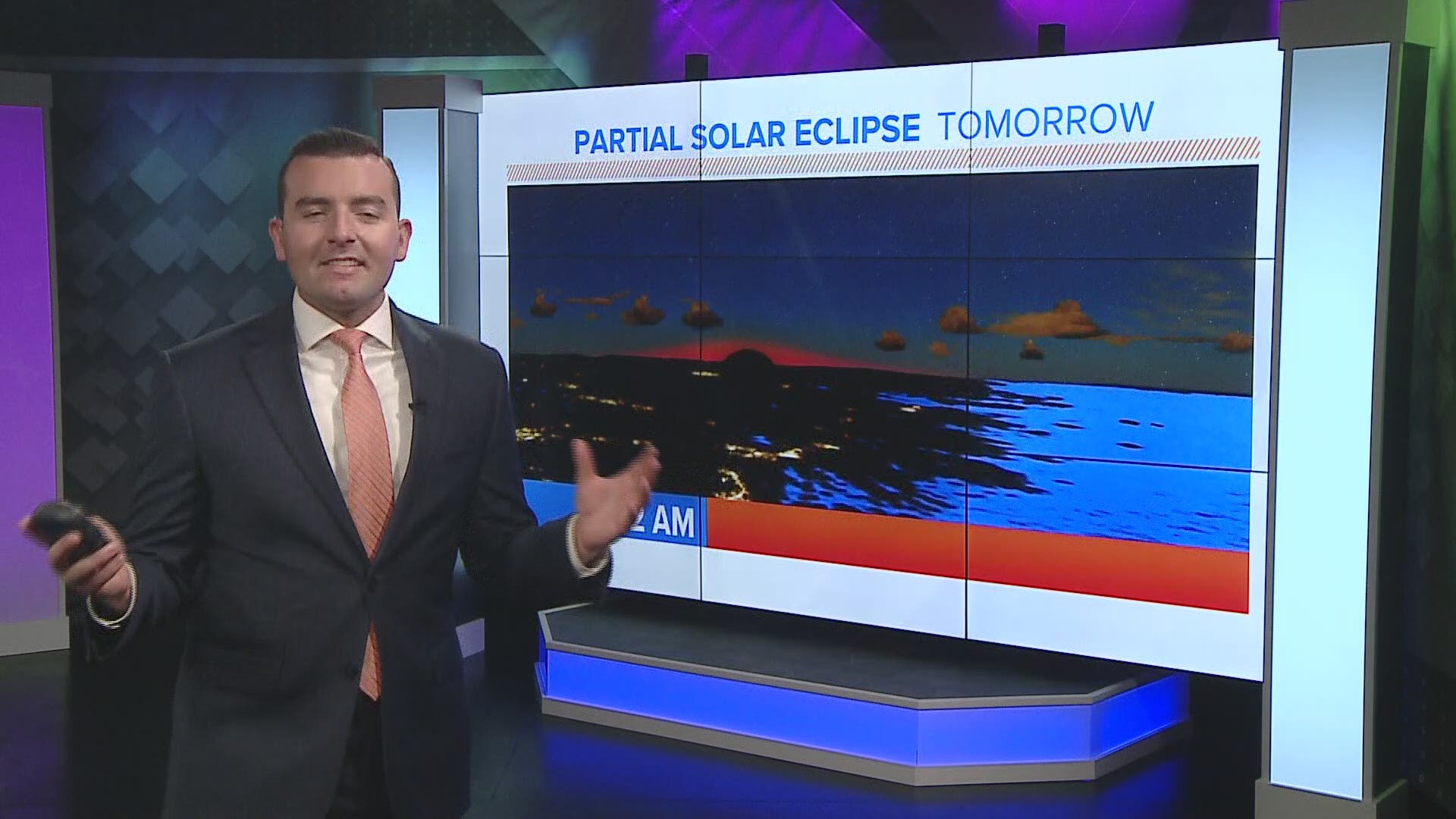 A solar eclipse will be underway when the sun comes up, and it will be visible in northern New England. Right now, the forecast is for a clear to partly cloudy sky.

During an eclipse, the moon passes in front of the sun, blocking part or all of it, depending on where you are on earth.

First off, a reminder that you can only see this safely by either using eclipse glasses that block the sun's rays or by making a pinhole projector to view it.

The partial eclipse begins at 4:36 a.m., but the sun will still be below the horizon at that point.

When the sun comes up between 4:45 a.m. and 5 a.m., depending on your location in Maine, about 20% of the sun will be eclipsed or blocked by the moon.

The eclipse reaches its maximum around 5:36 a.m., when about 75% of the sun will be eclipsed by the moon.

While it's only a partial eclipse here, northern Canada and the North Pole will experience a total eclipse. The moon will cover all but a tiny part of the sun, creating a "ring of fire" around it.

Maine will be in the path of totality during America's next total solar eclipse, happening in a few years, on April 8, 2024.

The path through the U.S. will start in Texas and it ends here. Northern Vermont, northern New Hampshire, the mountains, and northern Maine are in the path.

Some Maine areas of interest that will experience a total eclipse, if the weather cooperates, include: The Rangeley Lakes region, Moosehead Lake, Baxter State Park, Jackman, Caribou, Lincoln, Millinocket, and Presque Isle.