Maine weather in 2019 by the numbers

The year 2019 averaged to near normal temperatures; above normal precipitation. 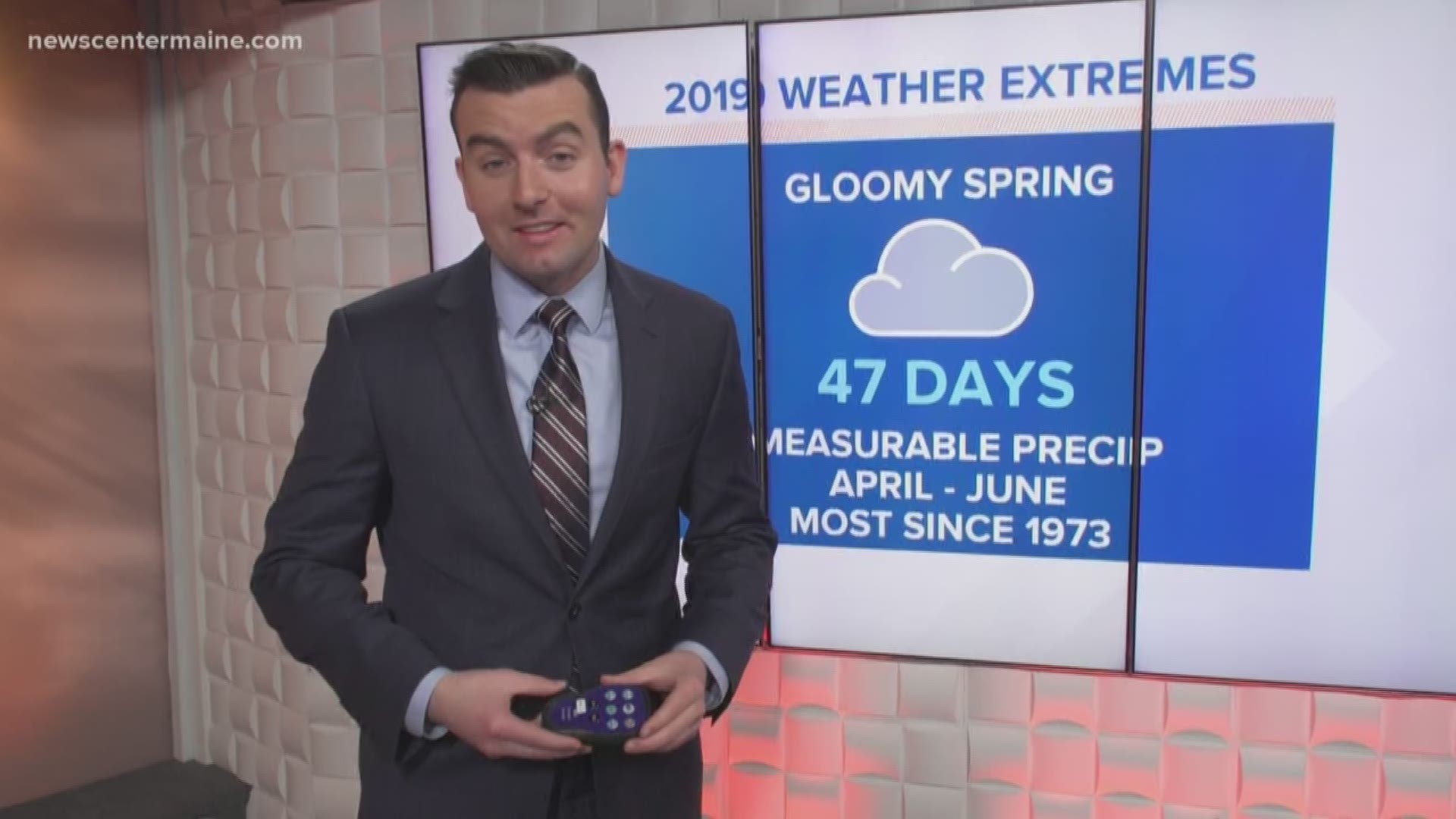 MAINE, USA — We're into the first full week of 2020, and the first few days of the new year gave meteorologists an opportunity to crunch the numbers for 2019.

The National Weather Service publishes a very thorough summary at the end of each year. It reads like an almanac of sorts, highlighting the extremes of the year.

The highest temperature in Portland was 94 on July 21; the lowest 2 below zero on February 2. But just three days after that coldest morning, we jumped up to a record 62 degrees on February 5 -- that was the day of the Patriots Super Bowl parade.

One thing you may like to forget? How gloomy the spring was. There were 47 days with measurable precipitation between April and June, the most since 1973.

Then we flipped into summer in a big way. July was the warmest month recorded in Portland. The summer warmth really didn't last long. Cold fronts came through late August and early September, putting a halt to the heat.

It was another windy October, with two damaging wind events, the first on the 17th and the second Halloween night. In the end, the temperature ended up just a touch above the annual average and precipitation was 5 inches above. The wettest day of the year came in early December, with over 3 inches of rain in Portland, which caused flash flooding throughout the city.

RELATED: This is why you may be feeling SAD this winter -- and how to get help

RELATED: Wednesday storm shifts away from Maine; a breakdown of the upcoming week