Mainers flocked to the ocean to catch some surf and take in the view Tuesday. 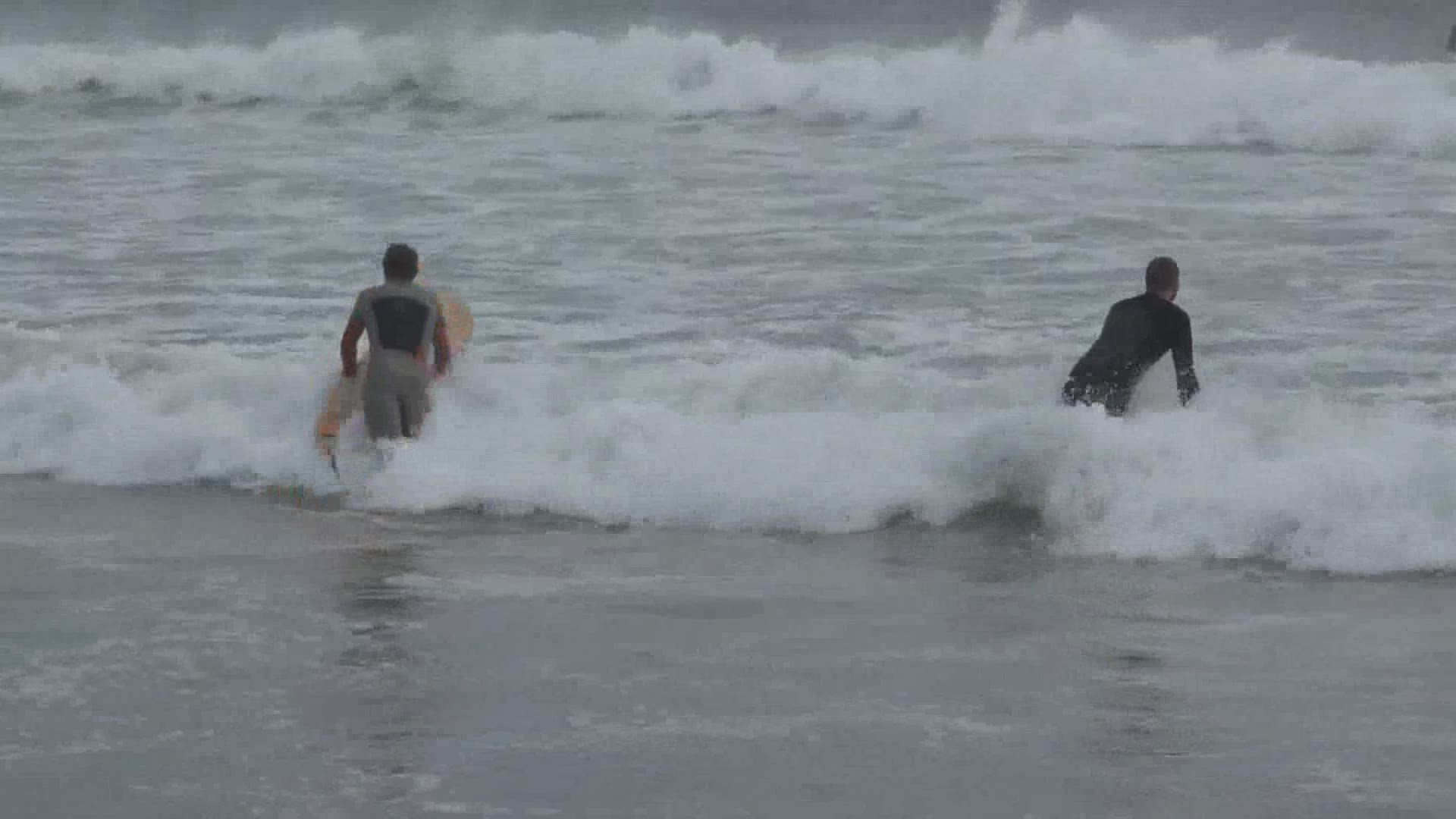 SCARBOROUGH, Maine — Mainers flocked to the beaches of Southern Maine to catch the impact of Hurricane Teddy Tuesday as it churned more than 300 miles off the coast .

The storm brought waves as big as 10 feet to many parts as well as the threat of coastal flooding.

"It's pretty big, real heavy kind of hard paddling out, but it's a lot of fun," surfer Bob Dix said. "Definitely pretty big for Maine, seems like everyone out there had some experience under their belt so it seemed pretty safe."

Dix was one of dozens of surfers to catch the waves at Higgins Beach in Scarborough.

Waves are getting pretty big here at Higgins Beach as #HurricaneTeddy churns off the coast. Right now there doesn’t appear to be any major splash over onto the road, but officials are prepared. #NEWSCENTERmaine pic.twitter.com/iOBQmYRb7q

Many more scattered the rocks as the storm surge took out a fence and splashed upon the rocks at high tide.

Emergency officials were on standby across southern Maine in case flooding became a hazard.

The department has volunteer officers and community ambassadors out along the shoreline to ensure onlookers were staying safe and adhering to COVID-19 restrictions.

Moulton and Scarborough Fire Chief Michael Thurlow urged people to stay back from the water as well given a heightened concern of strong rip currents.

"It's nice to watch mother nature and the force that it brings when you get storms like this, but be cautious about entering the water yourself," Fire Chief Thurlow said. "The conditions are too dangerous for you to be in the water and certainly too dangerous for us to send our personnel to help you if you should get in a mess."

Now on more than two hours of this in Wells. Powerful waves pounding the coast, throwing rocks and seaweed on Webhannet Drive. #Teddy pic.twitter.com/eK1jmKKfq6

In nearby Camp Ellis, the storm threatened to further erode the shoreline. That is why David Plavin chooses to pull down his storm shutters just in case Tuesday afternoon.

"I've experienced some pretty substantial damage in the past, so that's the primary concern," Plavin said.

In Wells, the ocean splashed up onto roadways and over cars at its peak. Although debris like rocks and seaweed scattered the road, most locals were happy to see the roaring ocean.

The coastal flood warning is in effect until Wednesday at 8 a.m.