More than 90% of Isaias power outages fixed by Dominion Energy, many in Hampton Roads still without power

As of 1:30 p.m Thursday, about 8,000 Dominion Energy customers were still without power. 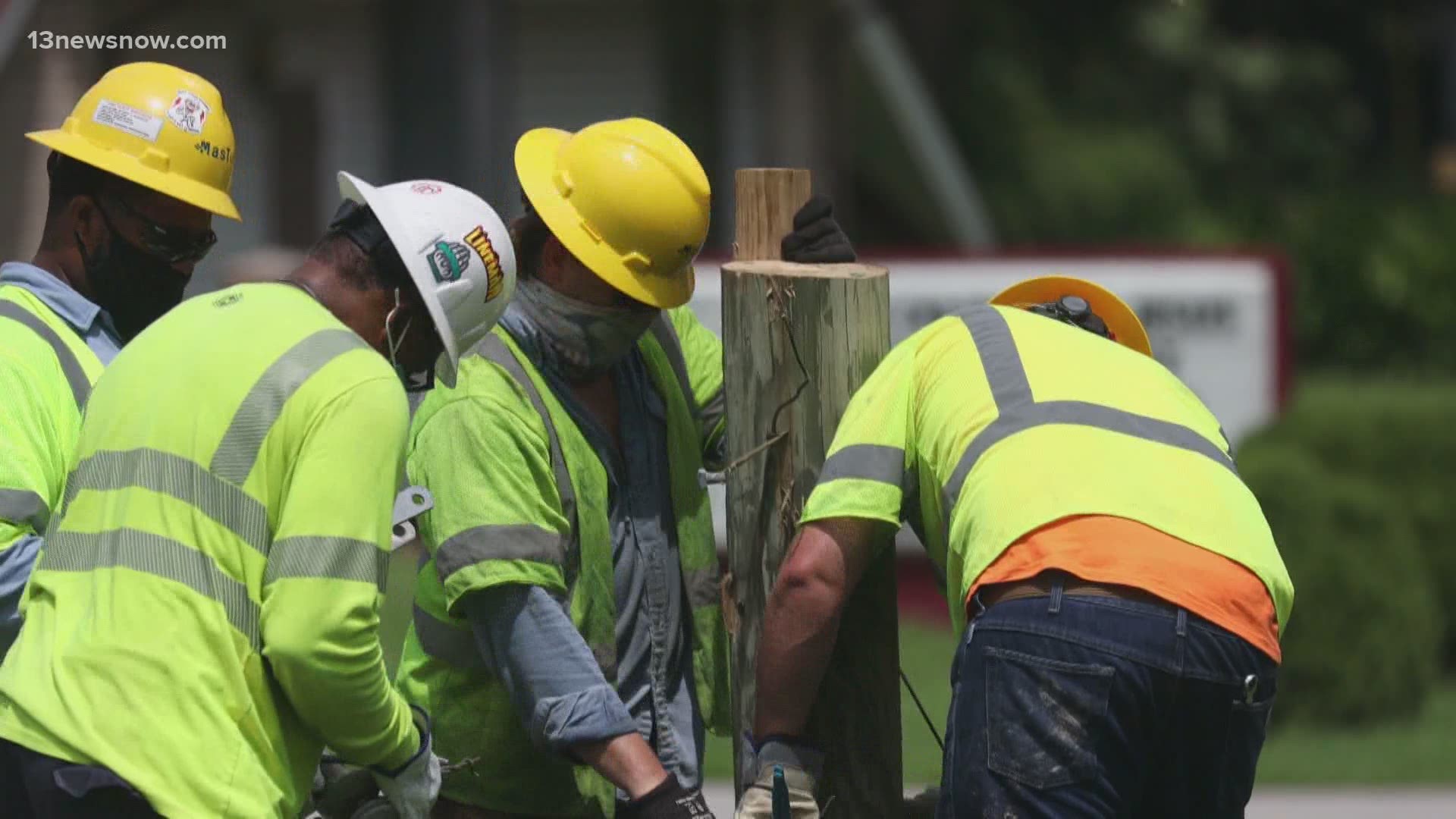 A release from Dominion Energy said 508,000 customers lost power in the wake of Isaias.

By 1:30 p.m. Thursday, the number of people without electricity was down to about 8,000 customers, as employees scrambled to fix downed lines. About 6,700 of those customers live in Hampton Roads and North Carolina.

“Just the sheer volume of work locations and damage means we probably haven’t gotten to every location yet where there’s a tree down that needs to be cut," said Dominion Energy spokesperson Rob Richardson. "It’s going to take a couple of days to get the lights back on for everybody.”

In a Churchland neighborhood that lost power, Portsmouth resident Mildred Mills said she's never gone this long without power at her home. It went out around 6 a.m. on Tuesday.

“I looked out the window last night and it was all blacked out here. It looked like the 'Twilight Zone,'" Mills said.

Dominion spokeswoman Bonita Billingsley Harris said that based on initial assessments, Isaias ranks as the 10th-largest and most damaging storm in Dominion Energy's history.

"We want to remind customers, particularly those in the hardest-hit areas, that this is a multi-day restoration event and they should plan accordingly," she wrote Wednesday morning. 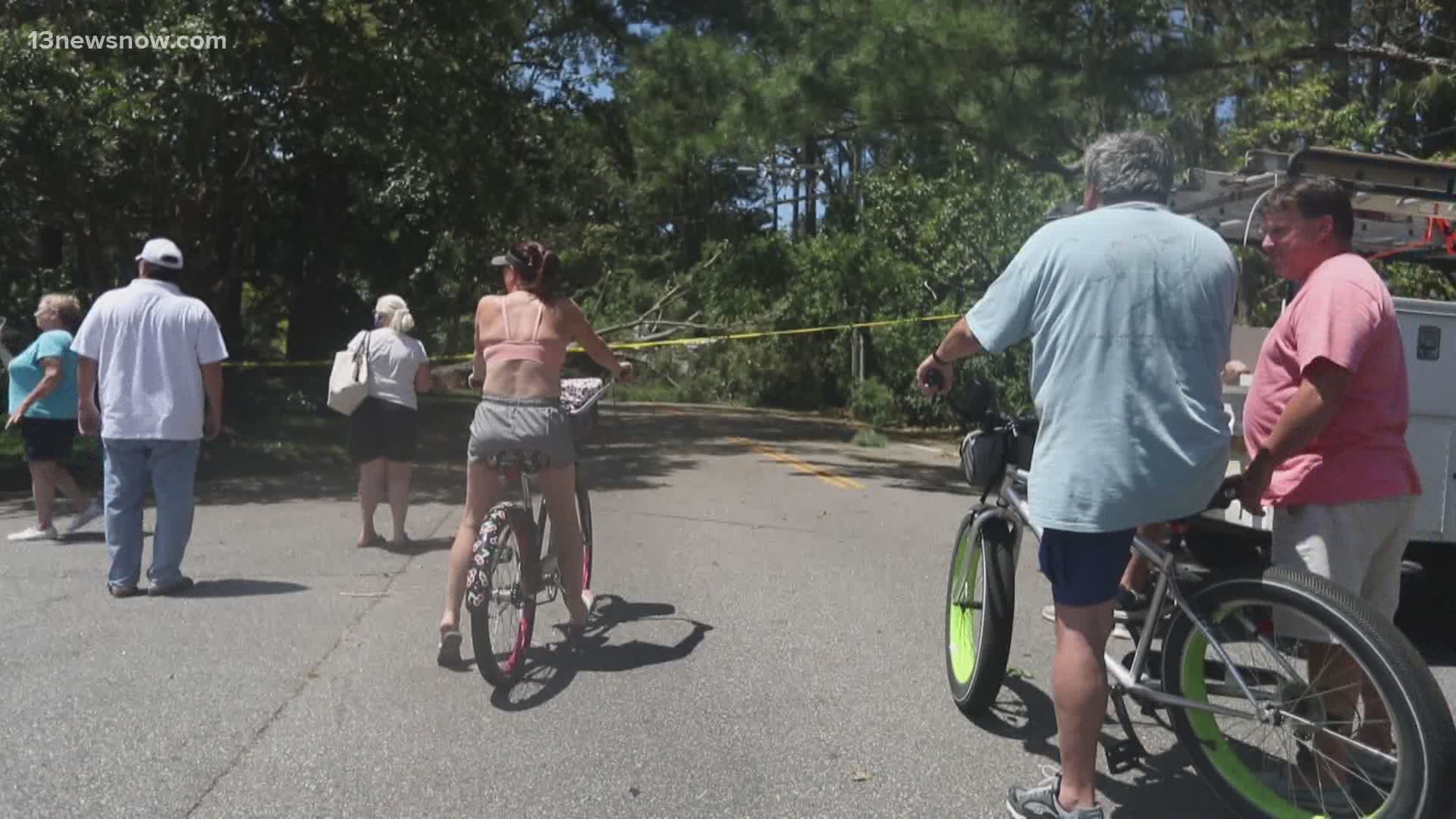 She said crews were working around the clock to restore power, and Dominion had brought in support teams from South Carolina all the way to Oklahoma to aid with the recovery effort.