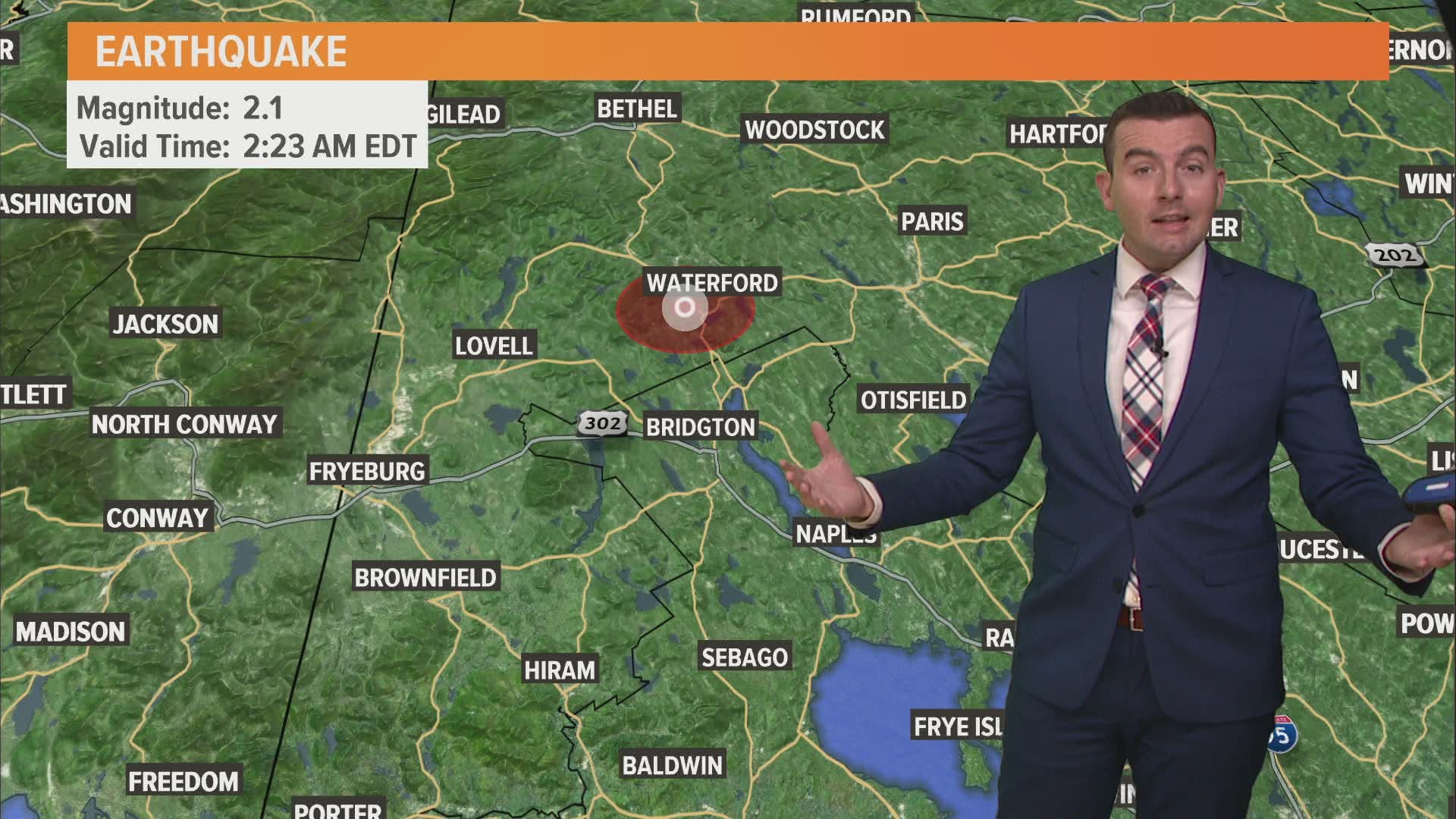 Earthquakes of this magnitude, while not frequent, aren't uncommon in Maine. Back in February, a magnitude 2.2 earthquake occurred near Sabbatus.

Earlier in the night, around 12:30 a.m., NEWS CENTER Maine viewers in Scarborough and Portland reported feeling a rumble. So far, the USGS has not confirmed an earthquake at that time.

RELATED: Earthquake this weekend in the Bangor area confirmed