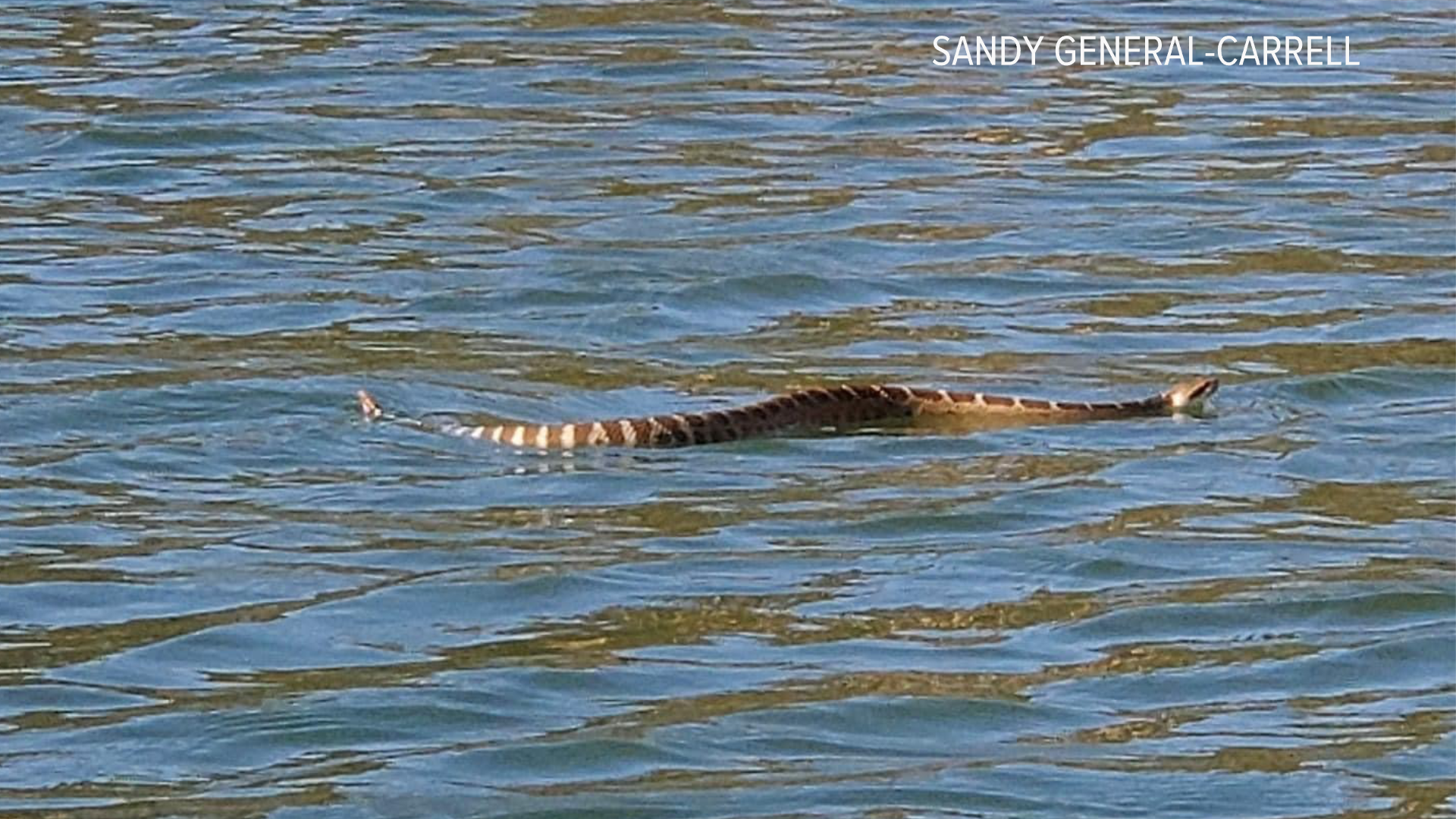 SACRAMENTO, Calif. — A snake in the lake will get most people looking to get as far away as possible.

Tyler Young, owner of Placer Snake Removal in Rocklin says spring is the peak time for snakes coming out looking for food and mates. He says snakes in the water happen a lot more than we are able to capture. With the weather warming up though, a lot more people are in area lakes and we'll likely see more of this.

Most of the time snakes are just trying to go from point A to B or might be getting a drink. If a lot of people are around though, a snake might get spooked and end up swimming to get away from people. Young says the kind of snakes we're likely to see around waterways are Gopher, Garter and sometimes King snakes.

Also lakes are low so it’s not impossible for a snake to swim across the water. Young says since they aren’t Olympic athletes snakes may need a rest. Usually, that would be some kind of tree debris. But there isn’t a ton of debris moving downstream with the low runoff right now. So the snakes might choose a raft, inner tube, boat or jet ski to take a break.

Young says if a snake approaches, just move in the opposite direction. They are decent swimmers but don’t want much to do with people.

As for the drought impacts, he says we'll see more behavior changes in the third year of drought. Snakes will travel less in remote areas. Closer to populated areas and they may start to search out cooler spots with irrigation or air conditioning units that have a drip area. They may even start to hide under those units. The longer the drought goes on, the skinnier they get as food sources become scarce.

Once we get past spring, activity level will flatten out and snakes will be looking to stay cool. That means underneath patios, around rocks or shady spots.

Young says to protect yourself against snake bites, make sure to be wearing decent hiking boots or shoes since most snake bites are low where you make contact. Also, try to step onto rocks or tree trunks and not around because snakes like to hunker down in the coolest point.

Snakes aren’t looking for any trouble. They're very sensitive beings, looking for a comfortable place in the summer heat.

WATCH NEXT: A teen and her baby snake are spreading kindness on TikTok