Late Week Storm: Worth the Hype? 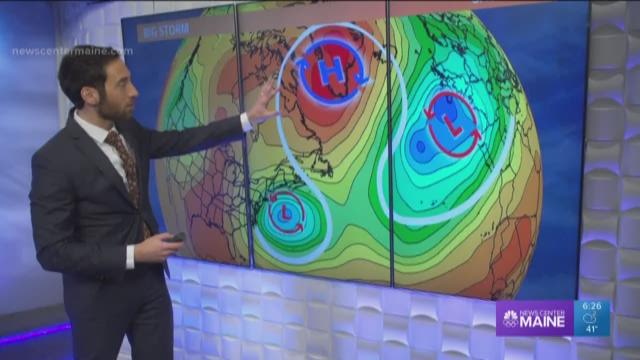 Now I'm all for some long range, extreme weather weenie analysis, but it seems the hype for this late week storm has gotten a bit out of hand.

Sure, the setup is juicy. It's one I noticed even last week:

There's a big storm out there for the first weekend in March.

Question is: One for the ages or one for the fish? pic.twitter.com/0OOi5qc7Zr

But a setup, does not maketh a storm. See what I loved about the setup was the Omega block. Which is a type of atmospheric block in which a low is to the west, a high to the northeast, and another low to the east.

The reason a block is so crucial for a big storm is that it prevents the system from moving quickly from west to east as it normally may. And for sure some of the biggest storms on record are products of these types of blocks.

The devil is in the details and my sense is this block is TOO good. Meaning it is too strong and will actually act to suppress the bulk of the storm away from Maine. The computer models began coming around to that idea just this afternoon, but the real weenies saw it coming since Saturday.

The result is a storm that's certainly strong, and in the neighborhood, but likely too far south to be a direct hit.

This scenario would give us minor coastal flooding (the tide is very astronomically high on Friday), some light snow and gusty winds.

It's worth noting that there is still some uncertainty in the exact position of the low pressure itself, which would make a difference.

Each one of these little "L"s represents a different version, if you will, of the EURO computer model.

What that tells me is the storm is generally going to be too far south to be a major player BUT the book isn't totally closed yet since several of those "L"s are significantly northwest of the mean.

So, let's give it another day to #Lockitin but for now let's take the hype down a notch. You hear me, internet?