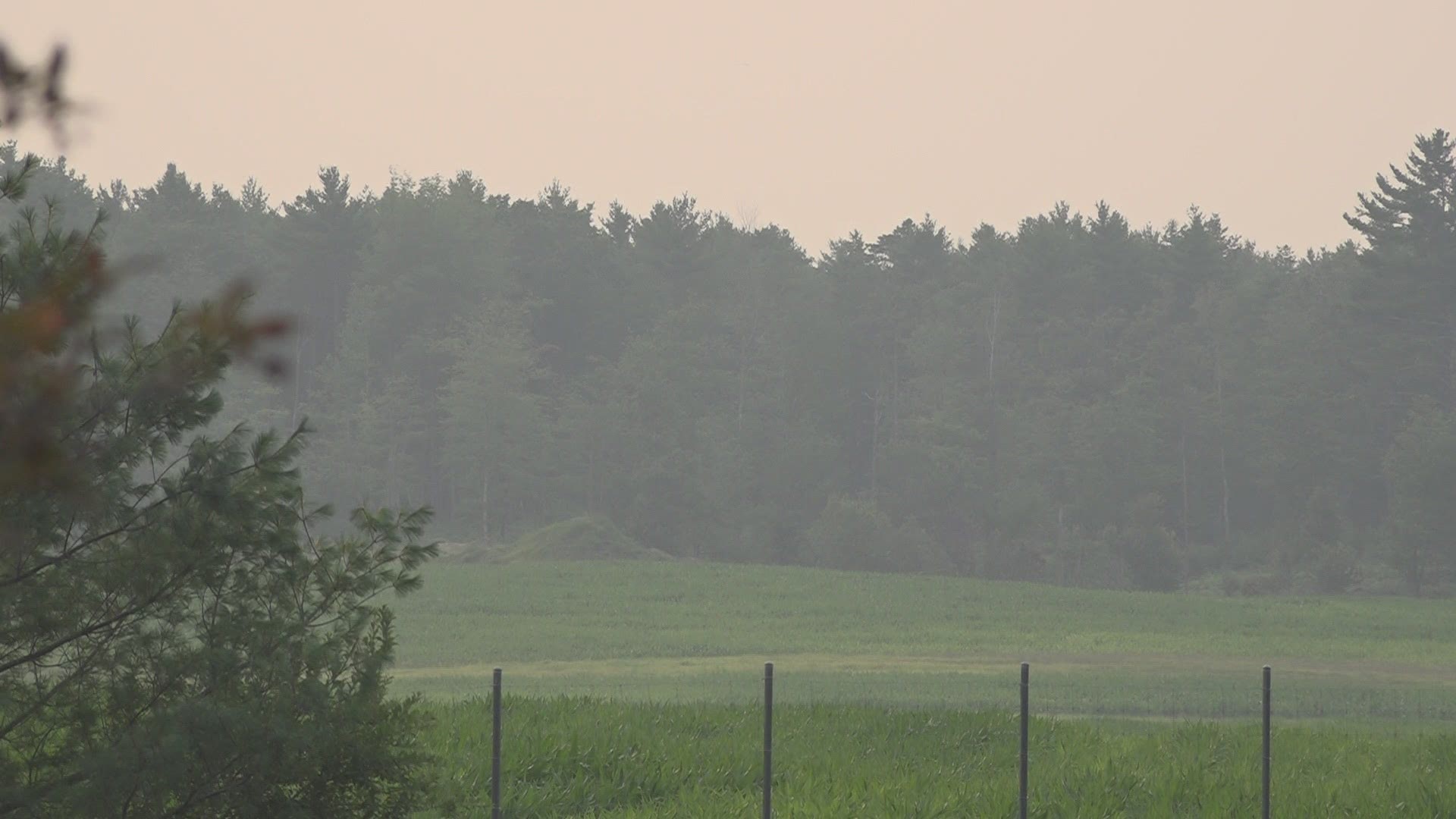 MAINE, USA — The Maine Department of Environmental Protection has issued an air quality alert across the state. This comes as smoke is coming into the Maine air from the Canadian wildfires.

Many of us have seen the fog and haze the last few days coming from the wildfires in Canada, and according to airnow.gov, Tuesday's air quality report is considered unhealthy for sensitive groups.

"People with underlying health conditions sensitive population really need to be aware of this," Lance Boucher with the American Lung Association said.

That includes children, teenagers, older Mainers, folks with asthma, COPD, or other heart and lung conditions. Experts say smoke from wildfires isn't uncommon, but we're starting to see it more and more here in the Northeast.

It's been hazy here in Maine over the last few days and today the Maine Department of Environmental Protection issued an air quality alert. I'm speaking to experts about what this means for the air quality in the state #NEWSCENTERmaine
📸: Ian Stitson via #NearME pic.twitter.com/rQcknTjoMT

The statewide air quality alert isn't scaring people away from Back Cove Trail. Folks who spoke to NEWS CENTER Maine said it's hot and muggy but they're not having a hard time breathing.

"It's been muggy anyway but I haven't really noticed anything today," Sherry King of Gorham said.

King and her daughters were walking on Back Cove Trail on Tuesday morning. She said her daughter, Jasmine, has asthma but the air quality hasn't seemed to bother her.

Not everyone is feeling the impact of the poor air quality, Boucher said for people who fall in that sensitive category, it's best to stay indoors.

"That's not a small percentage of the population. Here in Maine, we have 258,000 of our fellow Mainers that have some sort of underlying lung condition," he said.

Boucher added that even healthy people who spend a lot of time outdoors can feel impacts on their lungs. He said to be sure you know what the air quality is on any given day and stay inside if you can.