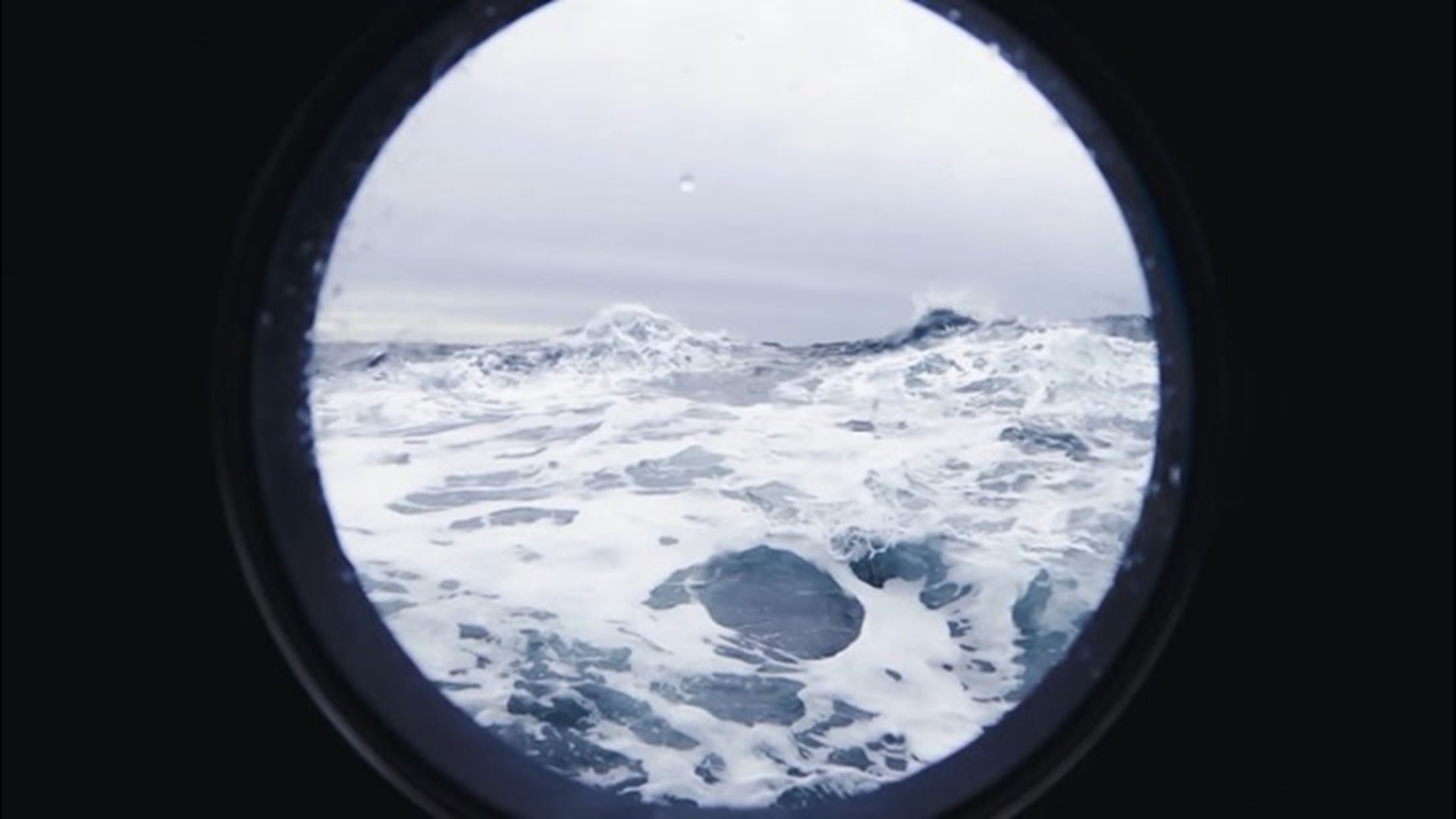 Hurricane Epsilon underwent rapid strengthening Wednesday afternoon and reached major hurricane status less than 400 miles to the east-southeast of Bermuda. The Category 3 storm had maximum sustained winds of 115 mph, the National Hurricane Center said in an advisory at 5 p.m. AST.

At 5 a.m. AST early on Thursday morning, Epsilon lost a little bit of wind intensity. The hurricane was a Category 2 with maximum sustained winds of 110 mph. Epsilon was 260 miles to the east-southeast of Bermuda at that time.

The 26th storm of the 2020 Atlantic hurricane season strengthened into a hurricane on Tuesday night and continued to rapidly intensify throughout the remainder of the night and early on Wednesday. On Wednesday afternoon, it became just the fourth major hurricane of the season. Hurricane-force winds extended outward from the storm's center by about 25 miles, but tropical-storm force winds extended even further at about 310 miles.

"By definition, Epsilon has rapidly intensified, its intensity increasing more than 30 kt [35 mph] during the past 24 hours," the National Hurricane Center said in its 5 a.m. EDT Wednesday advisory when winds had picked up to 85 mph.

The hurricane's well-defined eye become less visible on satellite images early on Thursday as it churned miles east-southeast of Bermuda.

On Wednesday afternoon, the Hurricane Hunters flew a mission through Epsilon to gather data about the storm and flew right through the hurricane's eye.

The Bermuda Weather Service upgraded the tropical storm watch into a warning for Bermuda. The storm was moving northwest at 7 mph toward the island nation.

The latest indications are for the storm and the hurricane-force winds near its core to stay east of the islands with tropical-storm conditions anticipated. However, a shift in the track farther to the west by as little as a few dozen miles could put the eye wall and its damaging winds and torrential rain over the islands.

For only the second time in recorded history, the Atlantic Basin spawned a storm named Epsilon on Monday, within just three hours after it developed into a tropical depression.

The only other Epsilon in history was an unusually late storm, and it formed just before the official end of hurricane season on Nov. 30 in the open Atlantic Ocean on Nov. 29, 2005. It went on to strengthen into Hurricane Epsilon on Dec. 2. By the time winds subsided back below hurricane strength on Dec. 7, it had become the longest-lived December hurricane on record.

The formation of Epsilon brought this season even closer to the record of 28 named storms set in 2005 -- the only other year to use the Greek alphabet to name storms. Epsilon is the 10th hurricane to develop in the basin this season.

Epsilon formed in 2020 over a month earlier than the previous record holder. Now, only one Greek letter, Zeta, that has been used before to name a tropical system will remain on the list for the next tropical storm that brews. After that, should storms continue to form through the end of the year, it would be uncharted territory.

AccuWeather is rating Epsilon less than one on the AccuWeather RealImpact™ Scale for Hurricanes for Bermuda. The scale was created by the company in 2019 to offer a more comprehensive outlook for tropical storm and hurricane impacts than the Saffir-Simpson Hurricane Wind Scale.

The current forecast would bring a glancing blow to the nation, with tropical-storm-force winds (39-73 mph), gusts and occasional downpours from the outer bands of the system.

"In this scenario, damage and adverse impacts would likely be isolated, but some downed tree limbs and power lines as well as localized street and poor drainage flooding would remain possible," AccuWeather Senior Meteorologist Rob Miller said.

However, AccuWeather meteorologists warn that residents should still prepare for the worst.

Back in mid-September, Hurricane Paulette ended up making a direct hit on the island as a Category 1 hurricane on the Saffir-Simpson Hurricane Wind Scale. Paulette became the first storm to make landfall in Bermuda since Hurricane Gonzalo on Oct.17, 2014.

Paulette ended up causing an island-wide power outags and disruptions to commerce and government that lasted for days.

"For a small island like Bermuda out in the middle of the ocean, small changes in the track, size and intensity of a storm can all have a big effect on the impacts," Miller said.

"The time to make preparations is now, before you realize a dangerous storm is in fact bearing down on you and it's too late."

The fall of 2014 was also the last and only time that Bermuda endured two direct hits from hurricanes in the same season, when Hurricane Fay made landfall in Bermuda less than a week before Gonzalo.