Current law states Maine drivers only have to clear off windshields and side windows, not roofs. 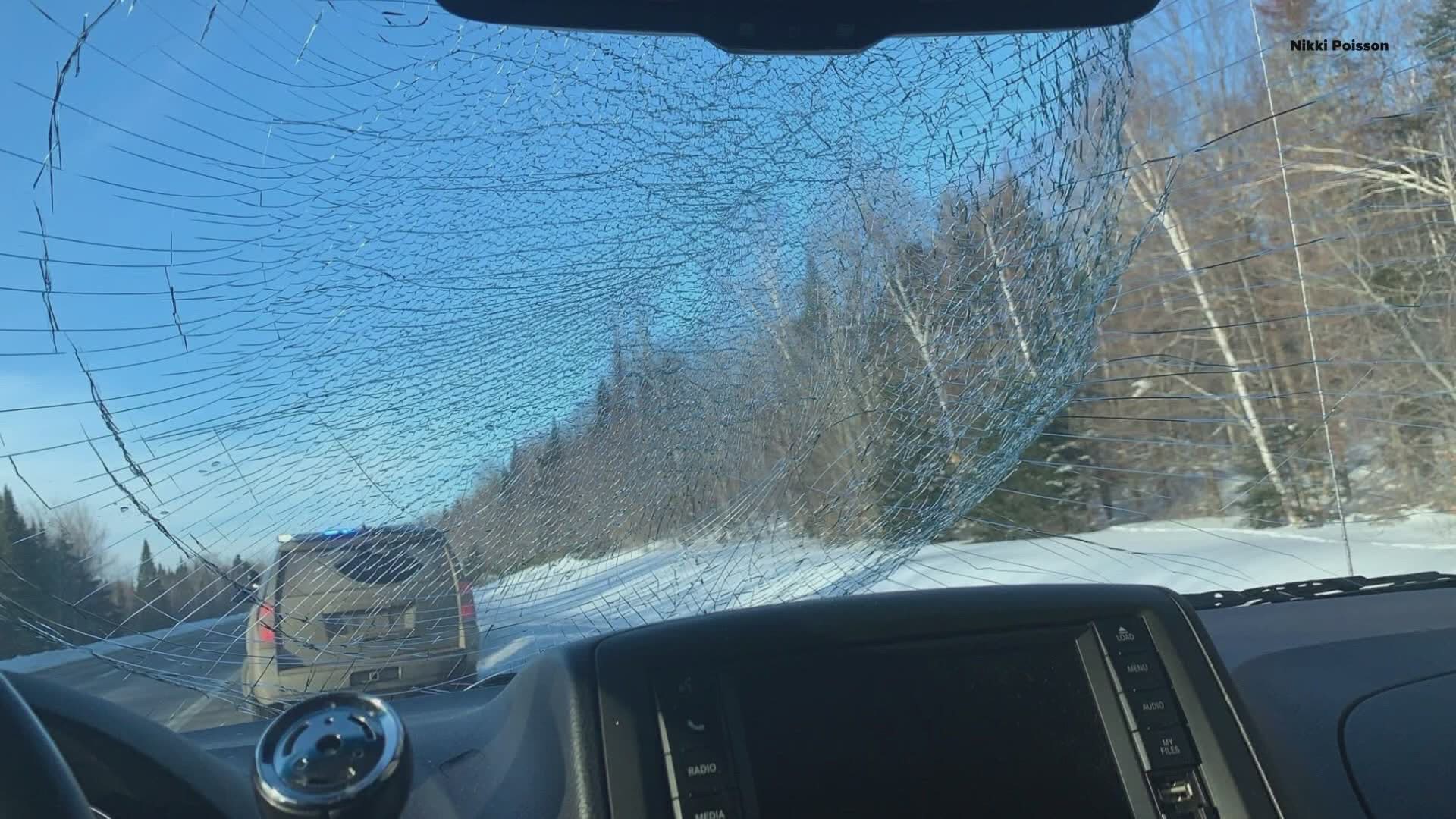 MAINE, USA — You have probably seen snow or ice on the tops of vehicles. It can be dangerous and deadly.

"When it hit my vehicle, I was very, very startled," Nikki Poisson said.

Nikki Poisson said a sheet of ice flew off the roof of an SUV in front of her and shattered her windshield.

"I was thankful nothing came through the windshield," Poisson said.

There is now an effort to make it illegal. The Mapleton resident's incident is the reason why State Representative Dustin White submitted a bill to mandate ice and snow removal from vehicles.

"That is a dangerous situation for anybody. Anytime you lose visibility at highway speeds is certainly a concern.

Current law states Maine drivers only have to clear off windshields and side windows, not roofs.

Maine lawmakers have had talks about introducing legislation like it in the past, but no final decision was ever made.

"During my tenure in the Legislature, I've seen this twice now and for some reason or another, it never seems to make it all the way through," Rep. White said.

Other states like New Hampshire have a similar law, requiring drivers to clear snow and ice from the entire vehicle.

"We're more prone to snow and ice than many other states, and it seems silly to me. We are not giving law enforcement the tools they need to keep the public safe," Rep. White said.

Thankfully Poisson wasn't hurt. She hopes it brings awareness to others and becomes a law.

The bill requires approval from the legislative council in order for a public hearing and full consideration by the Legislature. The council is scheduled to meet on February 25.

This is the damage left behind to a Mapleton woman’s car, after she says a sheet of ice flew off the roof of a SUV in front of her and shattered her windshield. The incident is why a state rep submitted a bill to mandate ice and snow removal from vehicles. @newscentermaine pic.twitter.com/XzFdKhAsqS