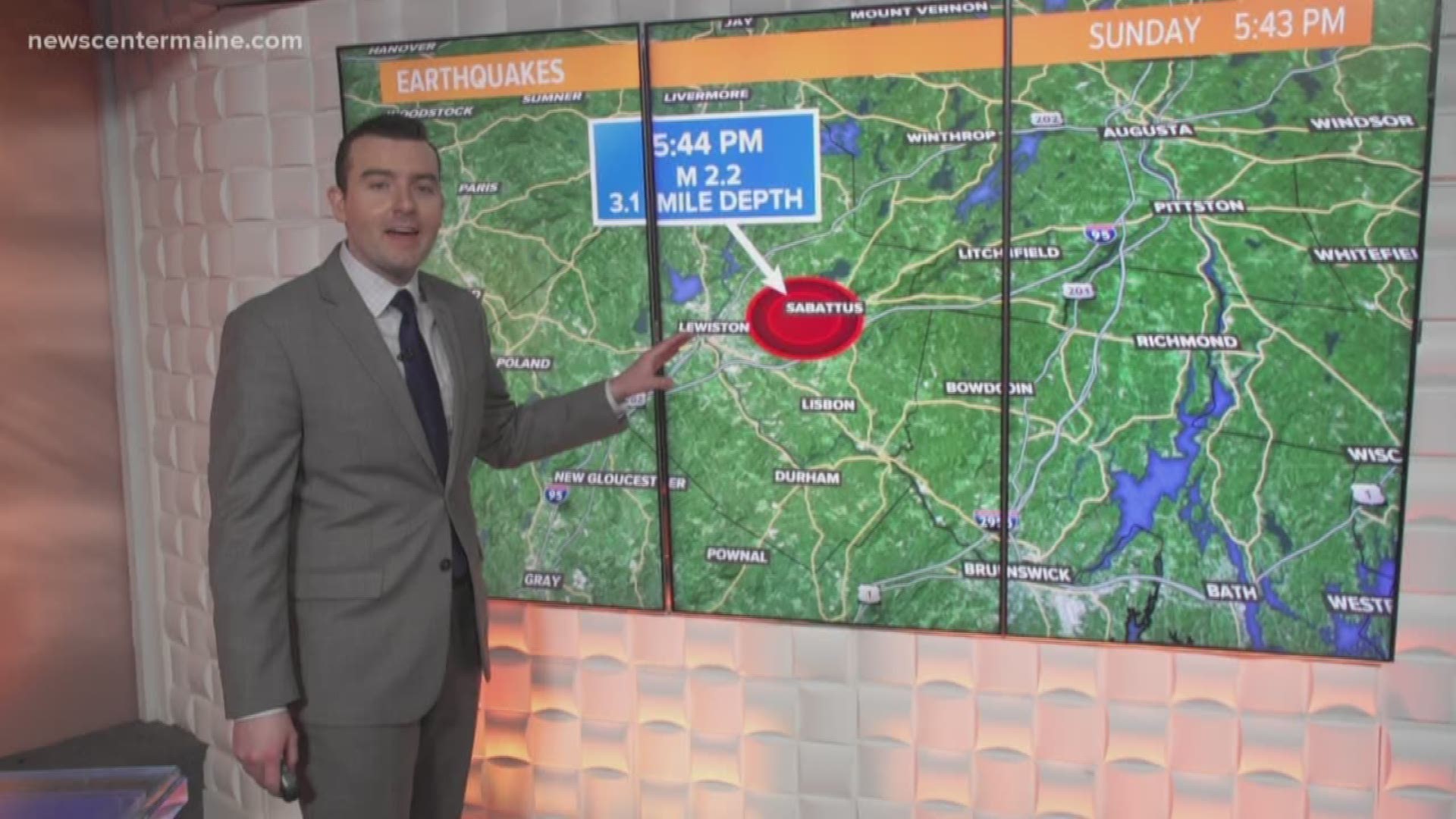 The earthquake registered as a magnitude 2.2, according to the United States Geological Survey.

A magnitude of 2.2 is considered a minor earthquake, not enough for damage, but enough to be felt or heard.

The depth of this quake was just over 3 miles deep. This is shallow for an earthquake.It is also the reason many people felt it, despite it being a minor quake.

Multiple reports came into NEWS CENTER Maine via social media around 5:50 p.m. off a possible earthquake in Lewiston and the surrounding towns.

A second earthquake was reported by viewers around 6:01 p.m., and later confirmed by the USGS.

Meteorologist Ryan Breton was able to locate the earthquake on the seismograph at Colby College, as seen below.

RELATED: What was that noise? Ice quakes rattling parts of Maine