A Department of Homeland Security spokesperson said the extended closure is intended to decrease the spread of COVID-19, including the Delta variant.' 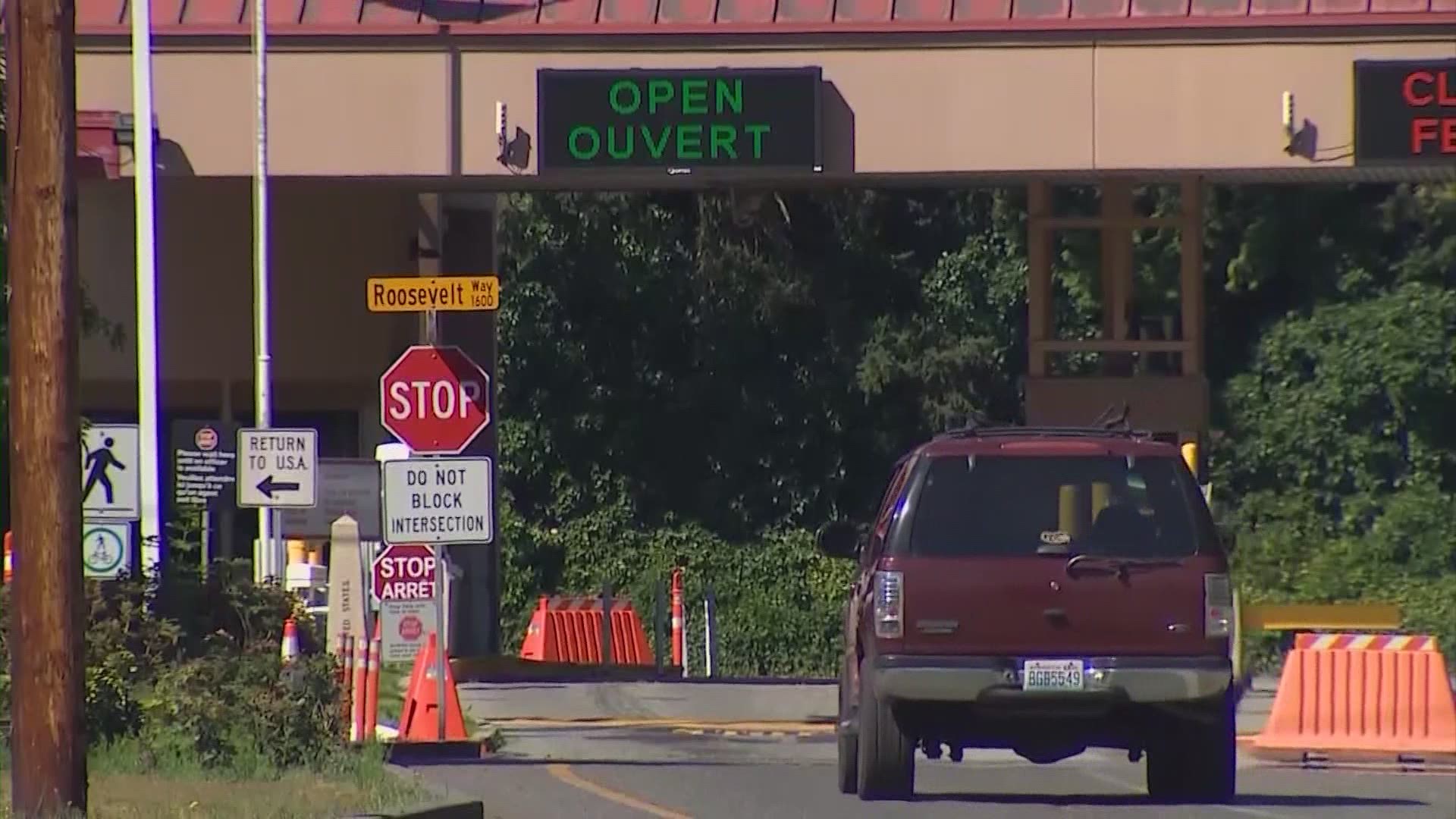 BLAINE, Wash. — For residents of Blaine, the small border town near the Washington-Canada border, the news Canada will soon allow fully-vaccinated visitors gave them hope that a 16-month border closure could be coming to an end.

But on Wednesday, that hope was dashed when United States government officials announced the country would not reciprocate. The U.S. extended the existing ban on non-essential travel through late August.

A Department of Homeland Security spokesperson said the extended closure is intended to "decrease the spread of COVID-19, including the Delta variant."

The U.S. will extend non-essential travel from Canada and Mexico through through August 21.

“DHS is in constant contact with Canadian and Mexican counterparts to identify the conditions under which restrictions may be eased safely and sustainably,” the DHS spokesperson said.

“I’m extremely disappointed in the Biden administration’s decision [that] they announced this morning that the land border would continue to be closed to anything but essential travel until August 21,” DelBene said via video conference from D.C.

Earlier this month, DelBene and Inslee visited Port Roberts, a small U.S. enclave with U.S. waters on three sides and a shared border with Canada to the north.

“For communities like Point Roberts, this continues to be devastating, so I have asked the White House for a meeting,” DelBene continued.

Inslee tweeted on Wednesday that he is "extremely disappointed in the federal government’s announcement."

Meanwhile, in Canada, British Columbia’s Premier John Horgan told reporters an open border may not have the impact American politicians think it will.

“I rather doubt that people will be lining up in large numbers to travel south until they feel confident the pandemic is well and truly behind us,” Horgan said during a press conference on wildfires.

Communities like Blaine and Point Roberts that rely on tourist foot traffic will continue to hold on.

Ed and Aileen Brandsma run Edaleen Dairy and operate several small store fronts on the Washington side of the Canadian border. They said business has been down some 80% since the crossing closed in March of 2020.

“It effected our business a lot because Canadians would come over and get product or ice cream and it just shut down. It was difficult to keep the business going,” Aileen said.

And during what should be the height of tourist season, people in the community wait for the politicians next moves.