Town councilors plan to meet on Aug. 2 to develop a proposal for specific limitations on cruise ships. 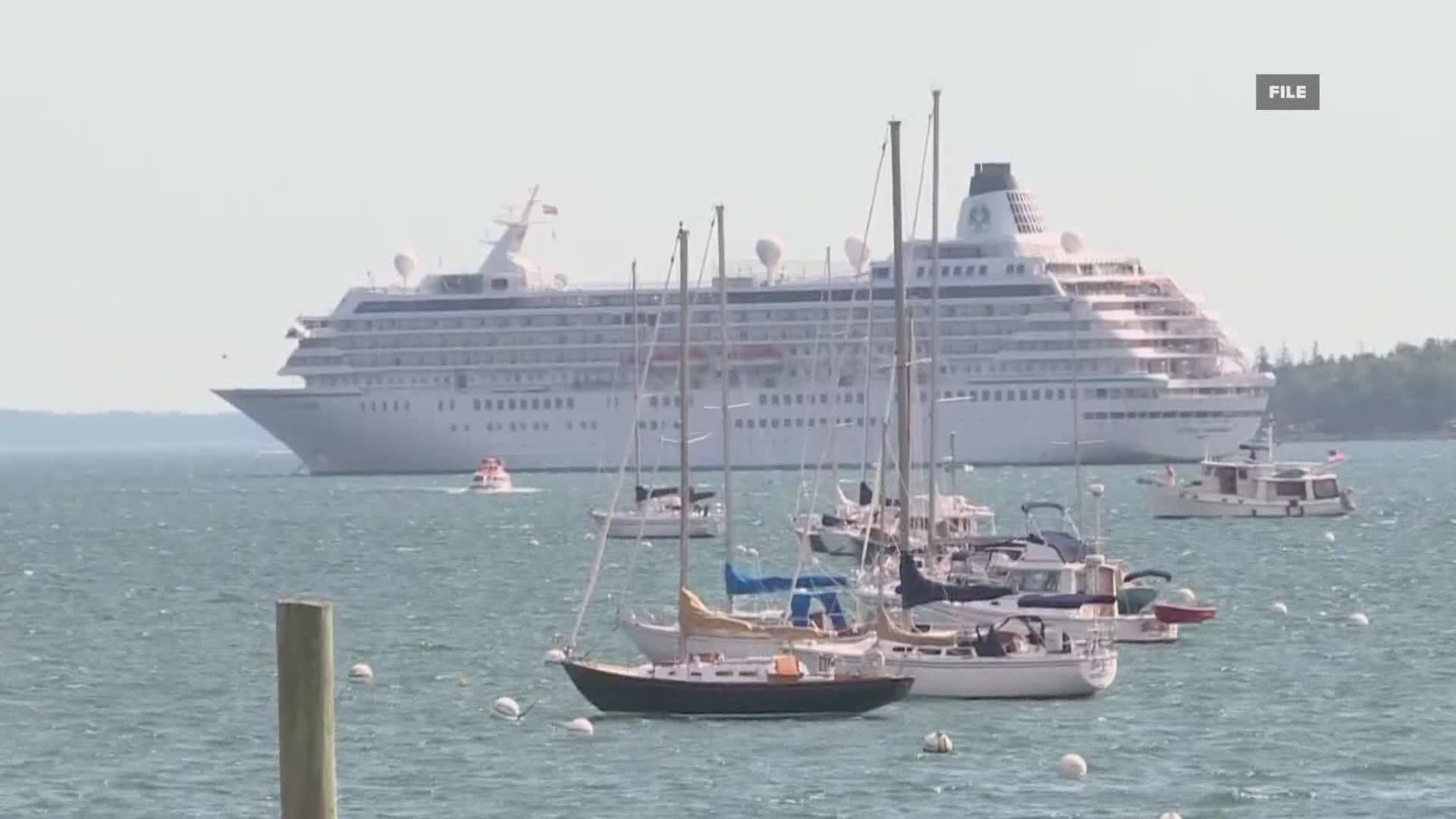 BAR HARBOR, Maine — Whether it's coastal beauty, yummy food, or celebrity residents, Bar Harbor is known for many reasons. Recently, however, it has become the center of a cruise ship debate.

A recent survey of Bar Harbor residents and business owners found 55% of the nearly 1,400 respondents view cruise ships as having a negative impact on the town.

For years, cruise ships have earned the town millions of dollars. But the ships also bring hundreds of thousands of passengers to its narrow and already crowded streets.

“I think part of this is just protecting the quality of life for our residents and for our visitors,” Bar Harbor town councilor Gary Friedmann said. “Our town’s already overcrowded on many days.”

Friedmann isn't the only one with these concerns. This is why Bar Harbor town councilors are meeting on Aug. 2 to discuss new limitations on cruise ships.

“I believe that there’s a role for [cruise ships] in this town, but that they should be limited,” Friedmann said.

It's a proposal some worry will hurt local businesses that rely on the money cruise ships and passengers bring to Bar Harbor.

"I think that we have to come up with a fair and equitable solution recognizing that there are businesses and restaurants that rely on that revenue," Friedmann said.

“There are days where there are five to 6,000 people coming off a cruise ship at once, which can get really hectic," Fair Trade Winds owner Paul Culler said.

Culler told NEWS CENTER Maine he’s worried that cruise ships could be restricted too much.

"Rents are really high and if you don’t have tourists to take us from July 4th till the end of Oct., it becomes very difficult then to sustain that business," he said.