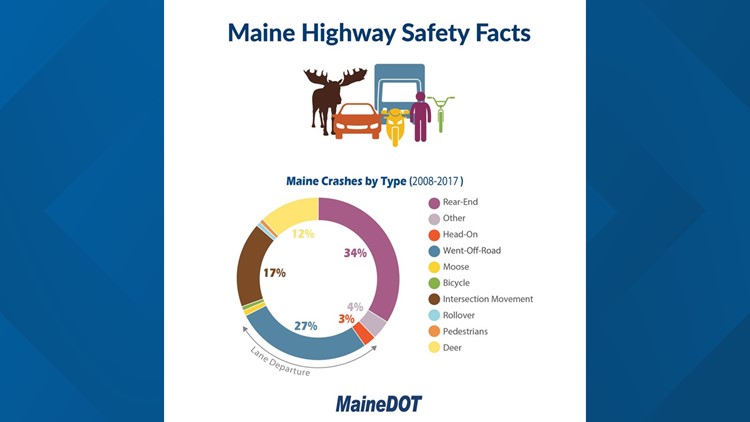 AUGUSTA, Maine — MaineDOT’s Safety Office keeps track of all kinds of crash data. The statistics range from crashes by days of the week to deer and moose crashes by month. The statistics were pulled from data occurring between 2008 until 2017.

Lane departure was listed as having the highest numbers for a cause of crashes accounting for 30% of all incidents.

On average between 2008 and 2017, 153 people per year died in crashes and an average of 46 of those deaths were the result of drinking and driving.

The most fatalities happen in July and on Saturdays.

Pedestrian fatalities have steadily climbed through the years.

To find out more facts for crashes CLICK HERE.

RELATED: Casco intersection saw 20 crashes since 2015, including one that killed motorcyclist