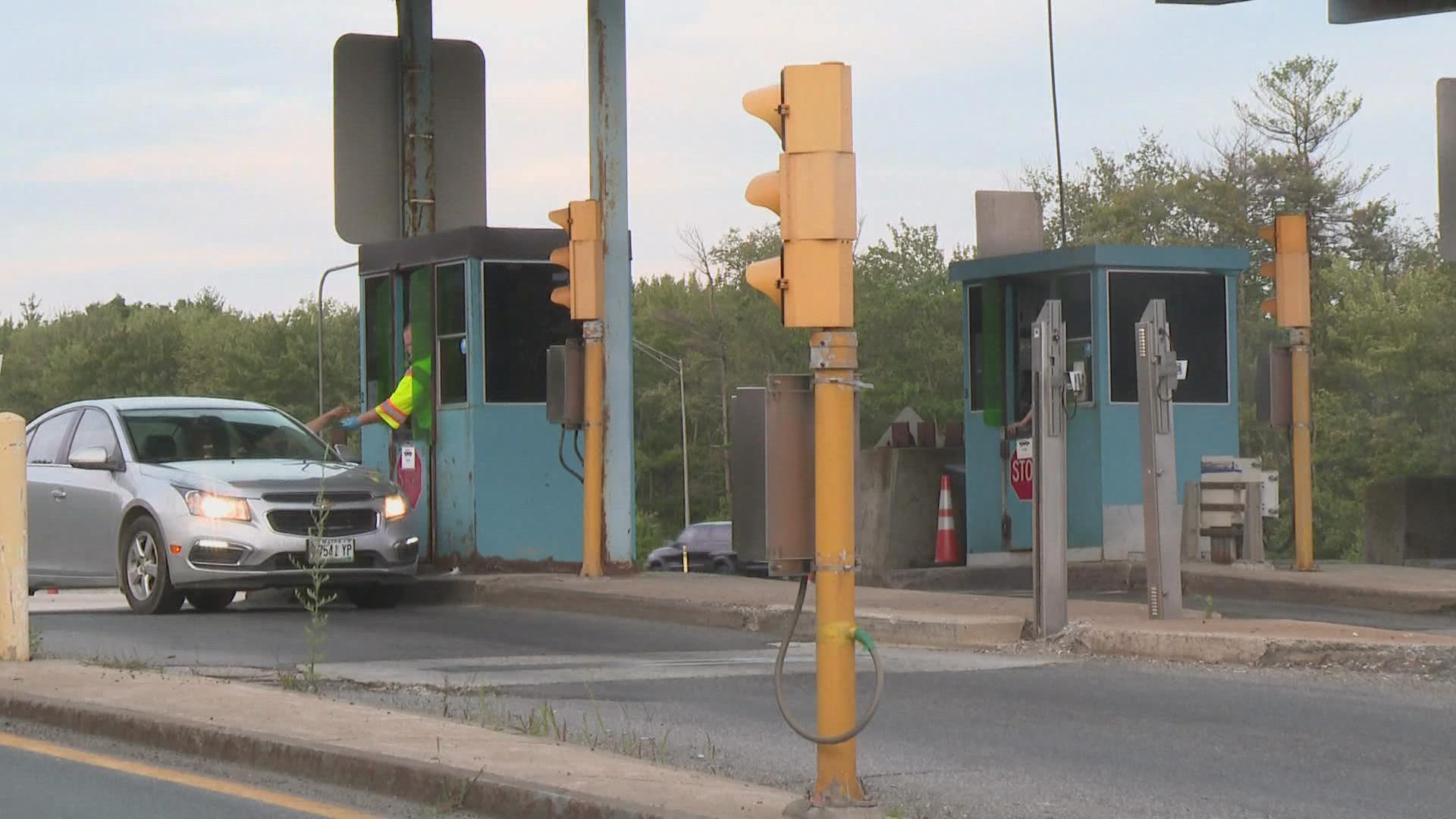 YORK, Maine — Maine drivers may soon be paying a bit extra to travel on the state's highways. The Maine Turnpike Authority is proposing toll rate increases, in part, to offset major revenue losses during the pandemic.

The MTA receives all of its funding through tolls. Turnpike officials say the MTA brought in $60 million less than expected during the pandemic.

According to MTA staff, this would be first rate increase for Maine tolls since 2012. Mills said this increase would also be paid mostly by out-of-state drivers and commercial vehicles. The MTA estimates the proposed rate increase could provide an additional $17.3 million in revenue.

Those tolls increases would be seen in a few areas, including:

Mainers may soon be paying a bit more to drive on Maine highways. The @MaineTurnpike is proposing to increase York toll rates from $3 to $4, & increase the E-ZPass rate per mile from $0.077 to $0.08 to offset roughly $60 million revenue loss amid the pandemic @newscentermaine pic.twitter.com/9L4rfszOa6

This is the 1st proposed toll increase by the MTA in nearly a decade. Turnpike director Peter Mills says roughly 71% of the rate increases would be paid by out-of-staters. In total, the MTA estimates around a $17 million more in revenue from the increased rates @newscentermaine pic.twitter.com/gYLLPHpFfK

Peter Mills says with those rate increases, out-of-staters would pay roughly 71% while in-state vehicles would pay 29%. According to MTA projections, that would be around a $0.20 increase per trip for Maine drivers.

“Recently, traffic on the Maine Turnpike has recovered and is nearing pre-pandemic levels,” said Mills. “However, the loss of revenue during the pandemic combined with new bonding constraints make it infeasible to complete future capital plans without raising tolls or adjusting discounts."

On Tuesday, the MTA hosted a public meeting at its maintenance facility in York to discuss the proposed rate increase.

"Certainly there's not a joy being felt in the trucking industry for an increase, but there's an understanding of why it's happening," said Maine Motor Transport Association president & CEO Brian Parks.