To check if your license is a Real ID, look for the star in the top right corner. Most states have a standardized symbol to mark them. 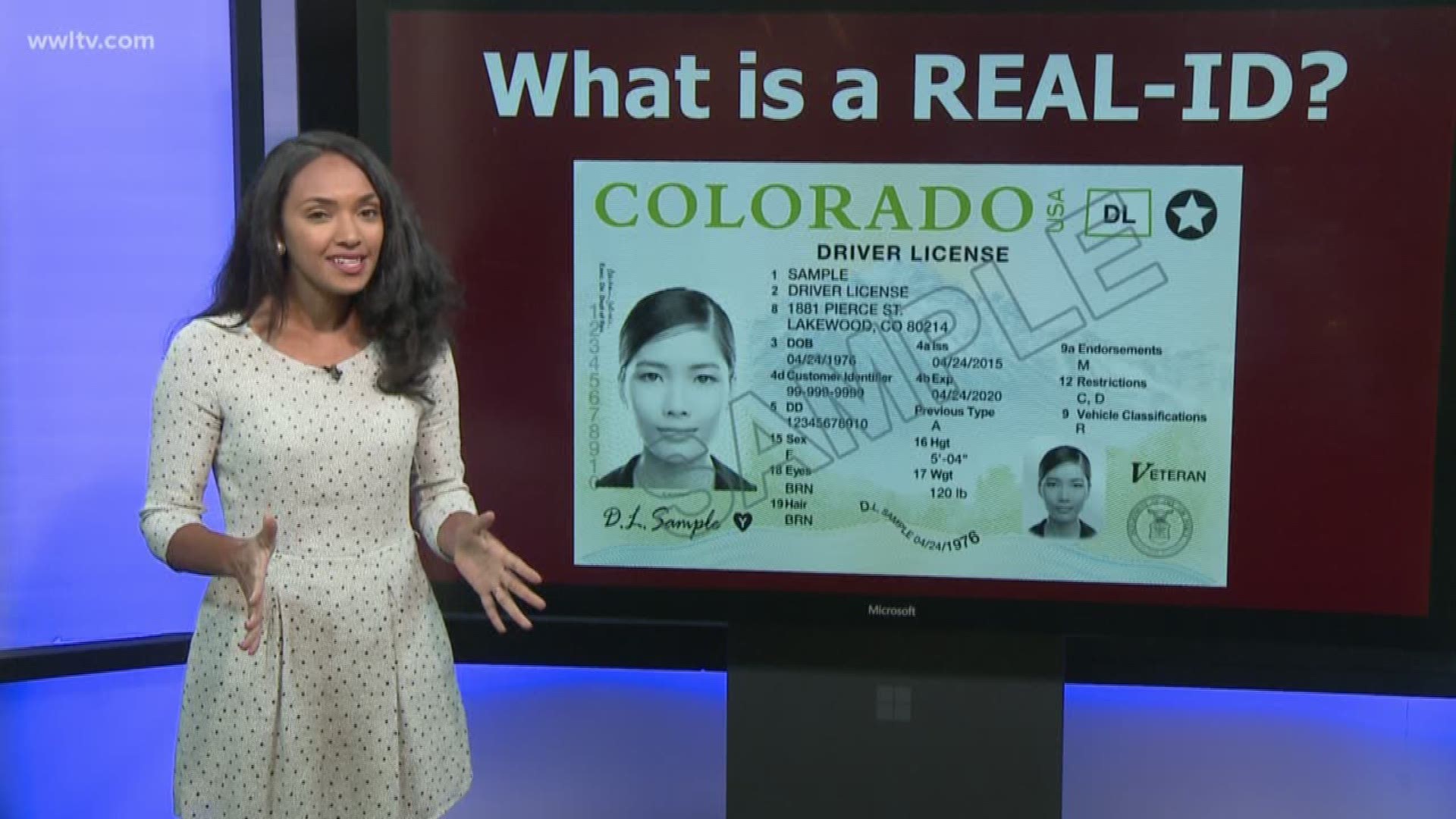 NEW ORLEANS — You'll need some new documentation to fly next year, and officials are warning that most Louisiana residents are procrastinating the update process.

Starting Oct. 1, 2020, anybody flying in the U.S. won't be able to use their old driver's license to get through security at the airport. Instead, the TSA is requiring a state-issued Real ID for fliers.

But officials in Louisiana say that one year before the deadline, most people are holding on to their old licenses, which could cause headaches for anybody rushing to update at the last minute.

RELATED: How to register to vote for Louisiana's October Election

Only 10% of Louisiana drivers have a Real ID.

To check if your license is a Real ID, look for the star in the top right corner. Most states have a standardized symbol to mark them.

To upgrade to a Real ID, Louisiana residents must go to the DMV (just like renewing a driver's license) with several documents:

-An original or certified birth certificate (no photocopies)

-A valid social security card (again, it has to be original, not a photocopy).

-Your current driver's license or ID card (if you have one).

The new license costs the same as a replacement for your old one. In Louisiana, anybody under 60 pays $13-$17 (plus any fee up to $4.50 charged by the parish) to have a new license made for them. Replacements are free for anybody over 60.

The Real ID Act was passed by Congress in 2005 as a response to the terrorist attacks on 9/11, requiring the federal government to set uniform standards for issuing ID documents such as a driver's license or non-driving ID card.

Fliers in the U.S. will still be able to use their passport to fly after the new standard takes effect.