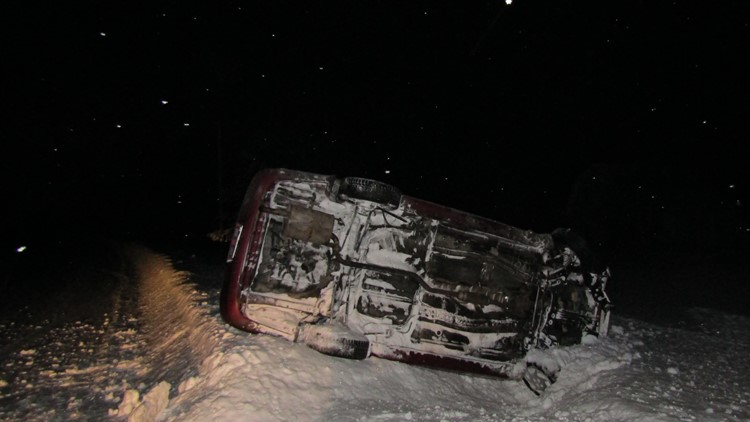 HAMLIN, Maine — State police said a Van Buren teenager rolled his car Wednesday night in an attempt to avoid hitting an ice chunk in the road.

It happened just before 11 p.m. on Hamlin Road in Hamlin.

Noah Pelletier, 17, lost control of his vehicle, swerved into the southbound lane, swerved back into the northbound lane and crashed into a snowbank. State police said when Pelletier hit the snowbank, the front of his vehicle was angled and the momentum caused it to roll over.

Pelletier was able to open the passenger door and escape the vehicle on his own. He then went to a neighbor's house and reported the crash.

The vehicle was towed from the scene.