Another crash nearby was fatal, police say. Geoffrey and Elizabeth Gattis, both 68, were killed when a tractor-trailer truck slammed into the back of them. 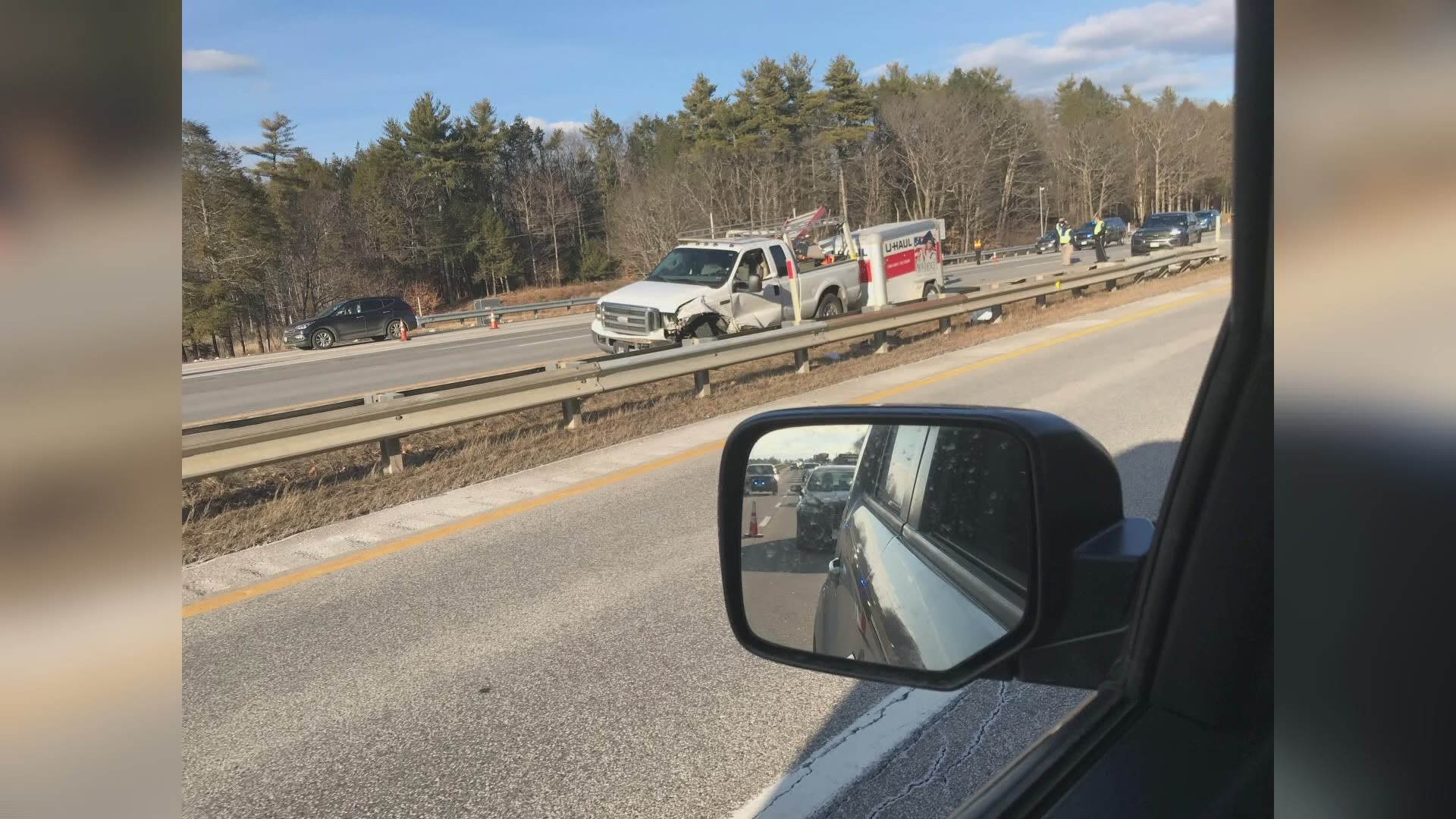 YORK, Maine — Maine State Police say a pursuit on the Maine Turnpike Tuesday afternoon from Kennebunk through York ended with the suspect crashing in the center median near the mile 4 marker.

The crash slowed and stopped traffic in both the north and southbound lanes for much of the afternoon.

According to police, the chase began around 1:17 p.m. southbound on the turnpike. Authorities received at least six complaints of erratic operation prior to the pursuit.

Three law enforcement officers received minor injuries—two as a result of the pursuit and one while taking the driver of the erratic vehicle into custody. Police say the driver, later identified by police as David Stoddard, was brought to an area hospital for minor injuries.

.@MaineTurnpike confirms at least 1 @MEStatePolice trooper was involved in crash w suspect as part of a chase, ending at mile 5 in York. Viewer sent us this photo of one of the cruisers. Waiting on more details from SP @newscentermaine #NEWSCENTERmaine pic.twitter.com/wAaaYR4OjV

The MTA and Maine State Police say there was another crash in the same area around 2:11 p.m. at mile 3 northbound in Kittery, resulting in the blockage of the left and center lanes.

As of around 5:30 p.m. Tuesday, the road remained closed while vehicles were removed. Police say traffic had slowed considerably and stopped in both the north and southbound lanes.

Maine State Police say two people died in that crash. Geoffrey and Elizabeth Gattis, both 68, of Falmouth, were killed when a tractor-trailer truck driven by David Herring, 38, of South Portland, slammed into the back of their midsize SUV, pushing them into another tractor-trailer truck in front of them, driven by Lakhveer Gill, 40, of Ontario.

Both Gill and Gattis had slowed down, but Herring failed to recognize traffic had slowed and struck the Lexus from behind.