Exit 11 and the Route 1 on-ramp were reopened after being closed to traffic for more than six hours. The driver sustained minor injuries. 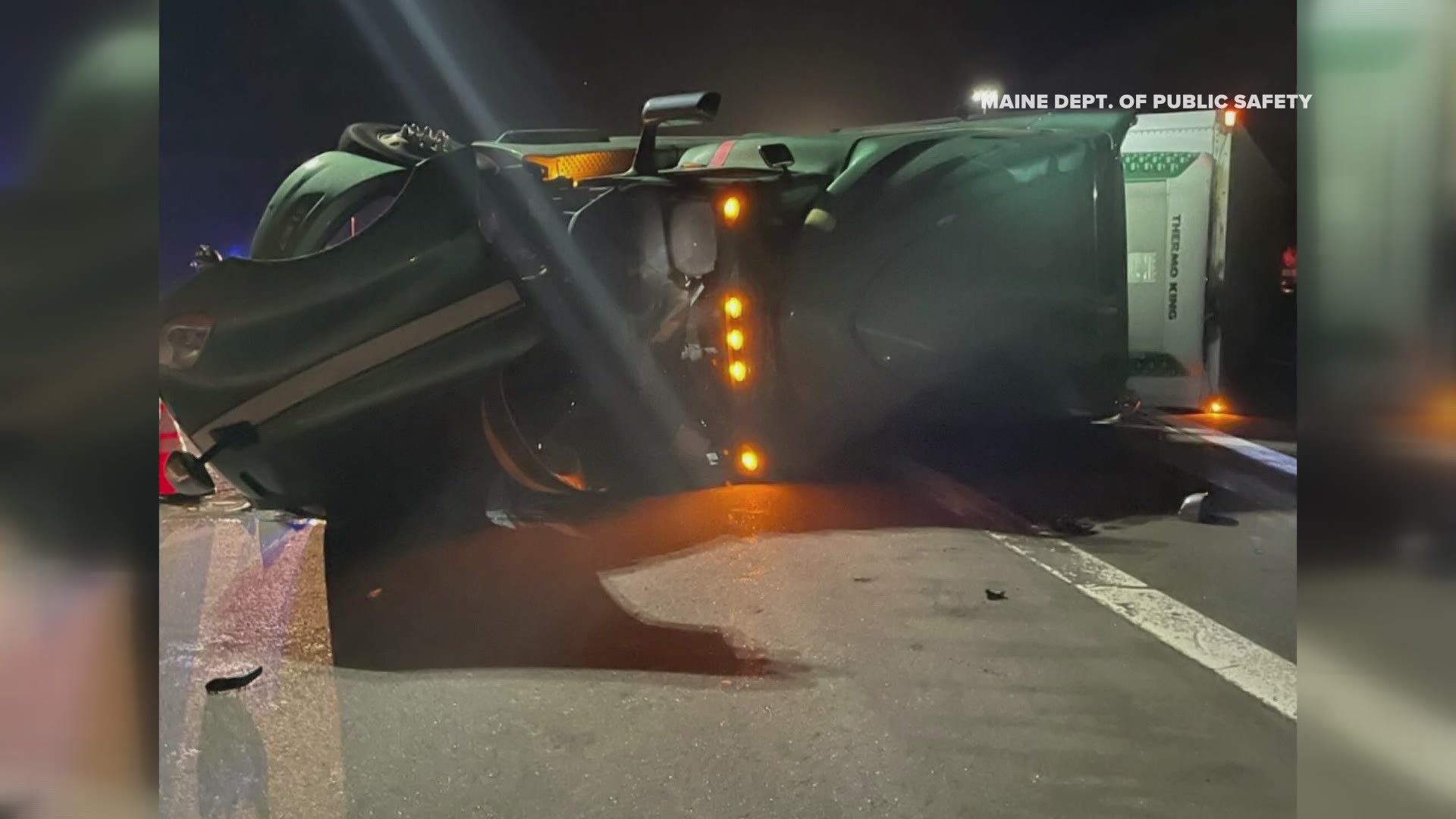 FALMOUTH, Maine — A couple of ramps off Route 1 were closed for a time Thursday morning due to a tractor-trailer rollover.

The crash happened on Exit 11 southbound just before the tollgate. The Exit 11 departing ramp was blocked as a result, and the on-ramp leading to the Falmouth Spur was also closed.

As of around 10:40 a.m., State Police spokesperson Shannon Moss said Exit 11 and the Route 1 on-ramp were reopened after being closed to traffic for more than six hours.

Authorities said the driver of the tractor-trailer, 52-year-old Preston Beaton of Montaque Prince Edward Island, Canada, had minor injuries from the crash. He was treated and released from Maine Medical Center, Moss said.

The cause of the crash remains under investigation.

#ICYMI: A tractor-trailer rollover off of I-295 SB may cause some morning commute problems. Exit 11 SB and the Route 1 on-ramp to the Falmouth spur are expected to be closed for a couple of hours, according to Maine State Police. More on @newscentermaine at 6:30 a.m. #wakeMEup pic.twitter.com/N9QKo60n2u