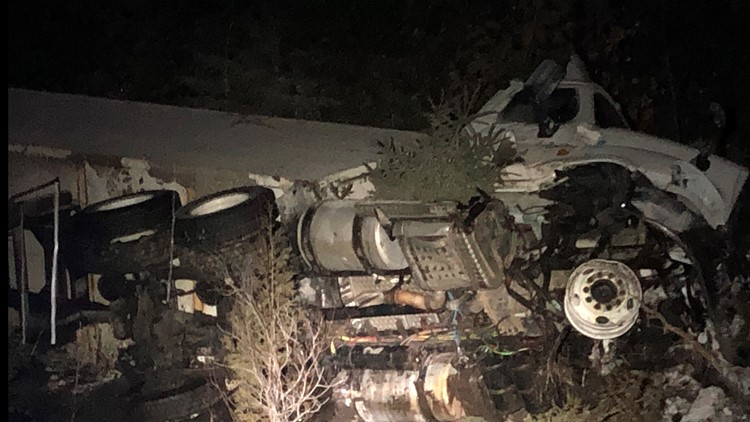 According to police, William Curvin, 45, was driving north in a tractor-trailer hauling compressed natural gas. Curvin moved to the left lane to pass the plow truck, which was also traveling north, and struck the wing of the plow truck.

Curvin lost control of the tractor-trailer and went off the left side of the roadway into the median. The plow truck, driven by Thor Cote, tipped onto its side and came to rest against some rocks.

State police said there were no injuries in this crash.

The tractor-trailer suffered major damage to the tractor, but no hazardous material was released during the crash.

The plow truck suffered heavy damage to the plow wing and its components. Cote was able to drive the truck from the scene to a highway crossover.

State police said crews will work to remove the tractor-trailer from the median during daylight hours. As of 7:30 a.m. Tuesday, it was unclear whether the tractor trailer is still there.

The tractor-trailer was scheduled to deliver natural gas to a local starch factory. State police said it is owned by Keenan Advantage Group of Clearmont, Indiana.