Stretch of I-95 in Augusta reopens after closing due to tractor-trailer crash; driver faces drug charges

Miles McIntyre was arrested and charged with operating under the influence of drugs, driving to endanger, and unlawful possession of methamphetamine. 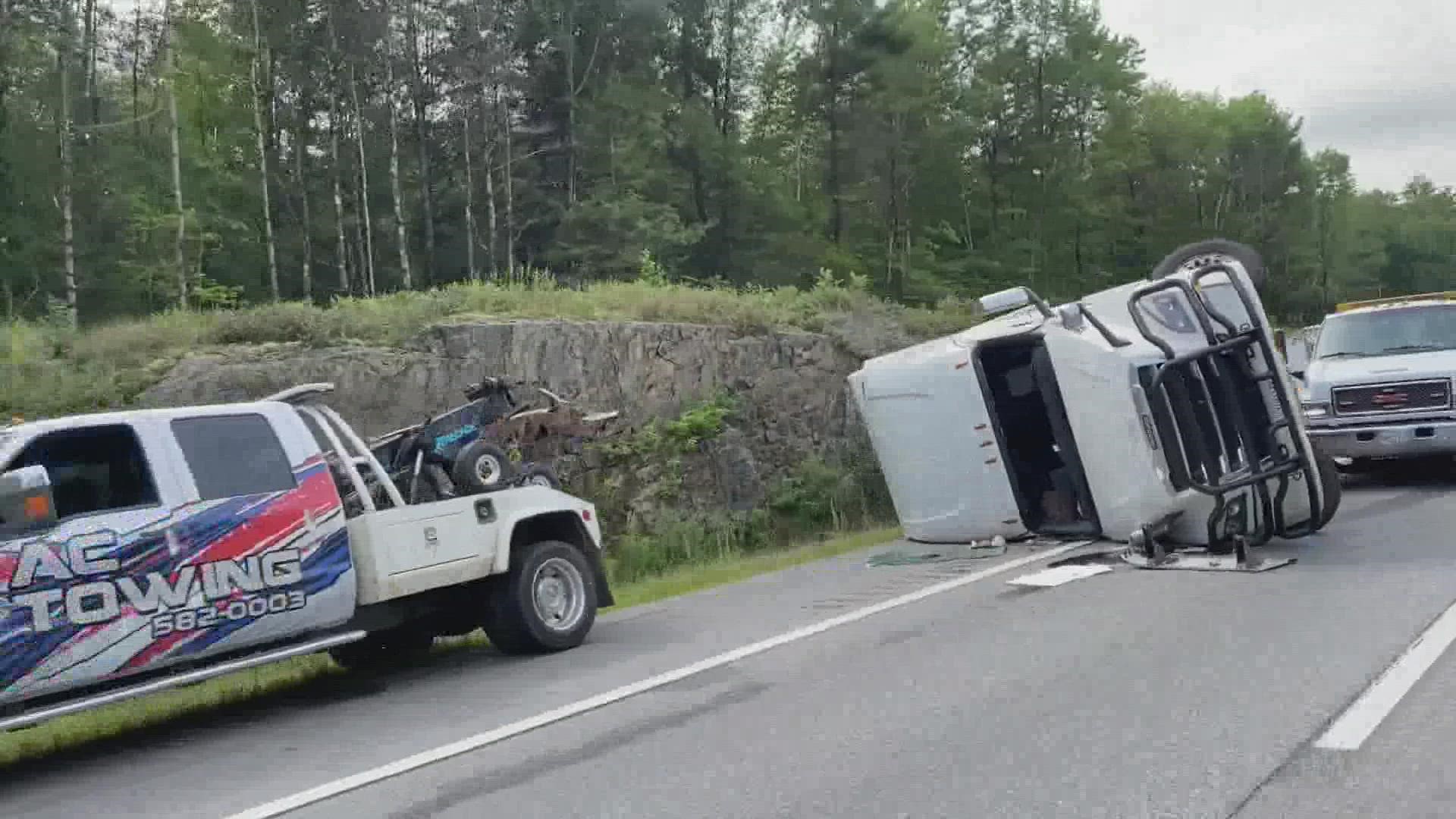 AUGUSTA, Maine — A tractor-trailer crash shut down part of Interstate 95 Friday, and the driver is now facing multiple drug-related charges. The highway is now back open.

The driver, Miles McIntyre, 61, of Wildomar, California, sustained minor injuries and was treated at a local hospital, according to a release from Department of Public Safety spokesperson Shannon Moss.

Moss said preliminary investigation suggests that the crash was caused by extreme driver fatigue. Narcotic evidence was recovered, according to Moss.

After being evaluated by a Maine State Police drug recognition expert, Moss said McIntyre was deemed impaired and unsafe to operate a vehicle. He was arrested and charged with operating under the influence of drugs, driving to endanger, and unlawful possession of methamphetamine.

The crash happened around 7:50 a.m. at mile marker 115 northbound in Augusta. Traffic is backed up south of mile marker 113, according to Moss.

Upon investigation, Moss said it was determined that the tractor-trailer was hauling Pop-Tarts and Cheez-Its when it went off the right side of the road and struck the rock ledges. It rolled onto its side and came to rest with the cab partially in the right lane, according to Moss.

Moss said Maine State Police worked with the Maine Department of Transportation to close part of I-95 and force traffic to exit 113 northbound. Drivers were able to get back on the Interstate in Sidney.