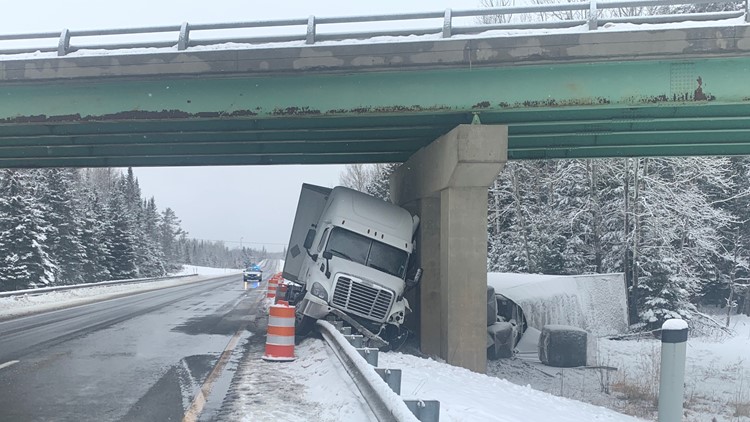 ISLAND FALLS, Maine — Maine State Police said a tractor trailer driver lost control due to bad weather, broke about 100 yards of guard rail, and slid into the Rt. 159 concrete bridge support near mile marker 276 southbound on I-95 in Island Falls.

The impact from colliding with the bridge support broke the truck's trailer in half.

A Maine Department of Transportation bridge inspector was called to the scene. Officials say the tractor trailer will be removed from the scene when the weather improves.

RELATED: I-95 in Augusta back open after incident involving a man inside a car with a gun