The vehicle flipped onto its roof and slid across both lanes of US Route 2 before coming to rest near a utility pole. 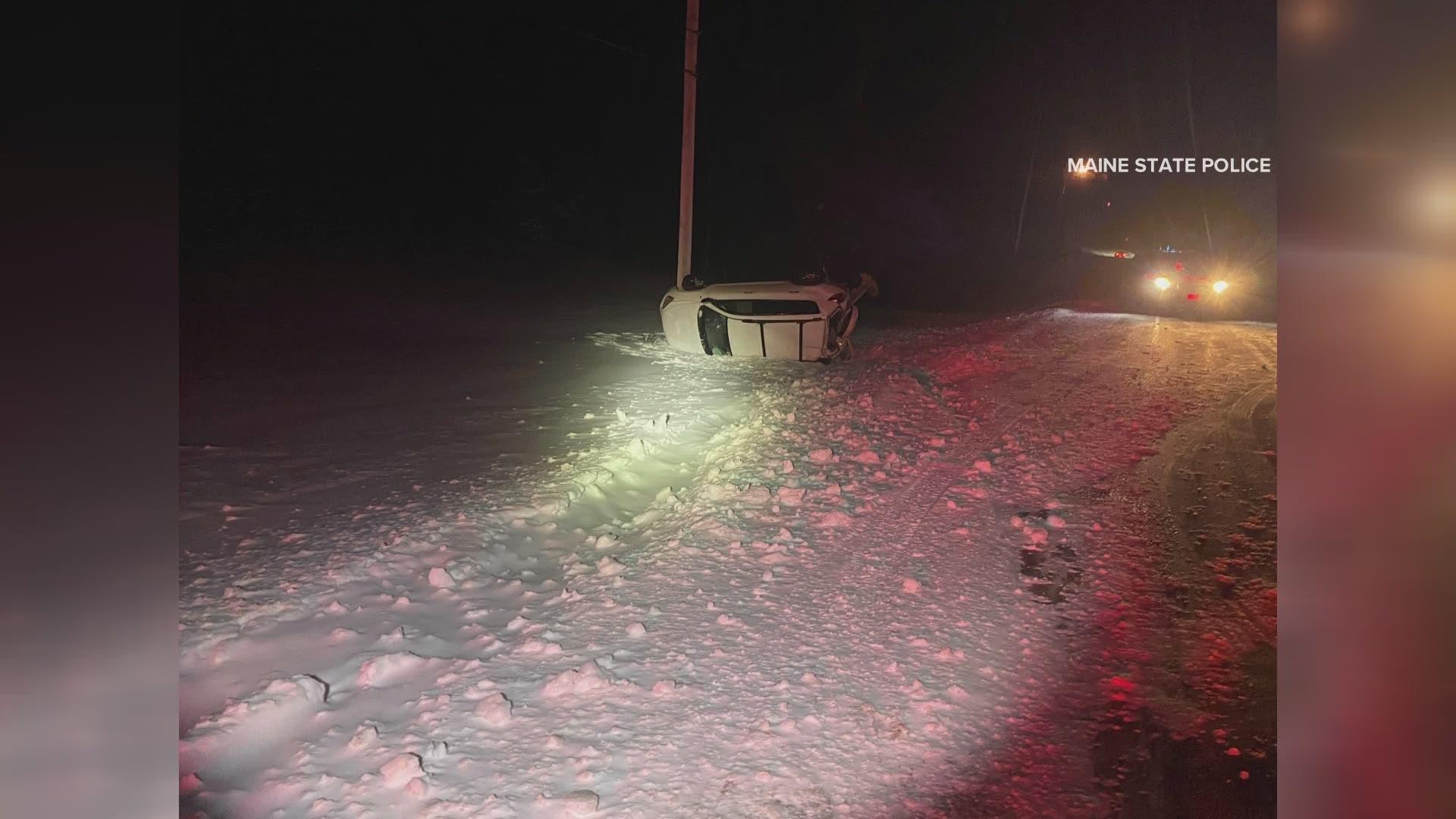 According to Maine State Police, Dominguez was traveling too fast for road conditions and lost control of his 2007 Toyota RAV4 around 10 p.m. The vehicle flipped onto its roof and slid across both lanes before coming to rest near a utility pole.

Members of the Oakfield Fire Department treated Dominguez's injuries on scene. According to police, Dominguez was wearing a seatbelt at the time of the crash.

The vehicle was towed from the scene by GR Porter & Sons in Island Falls.