The driver of the car was transported to Houlton Regional Hospital by ambulance with "what appear to be minor injuries," according to police. 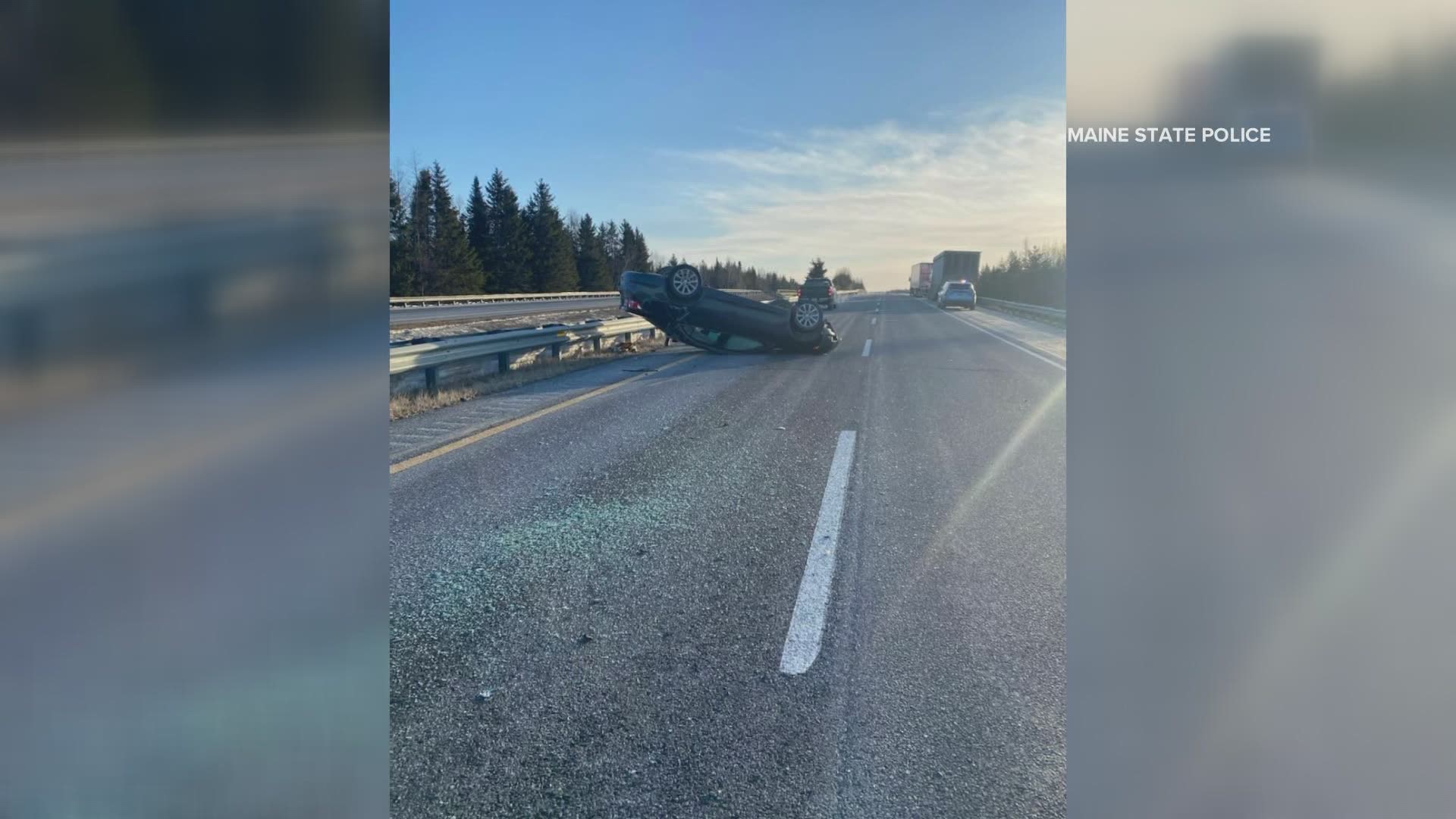 OAKFIELD, Maine — Maine State Police are attributing a crash in Oakfield on Friday to distracted driving. It happened around 7 a.m. in the northbound lanes of I-95.

According to a release from state police Cpl. Chuck Michaud, Audrey Violette, 32, of Island Falls, was traveling north when she became distracted by something in her vehicle. Michaud said as she became distracted, she drifted into the adjacent lane and drove under the rear wheels of a northbound tractor-trailer being driven by Kenneth McNally, 50, of Sherman.

Michaud said Violette's vehicle went under the rear wheels of the trailer, flipped over, and then skidded down the interstate. He said the car eventually came to rest on a guardrail.

Violette was eventually helped out of her vehicle by a good Samaritan and transported to Houlton Regional Hospital by ambulance with "what appear to be minor injuries," Michaud said.

The crash remains under investigation; however, the primary cause is distraction, according to Michaud.