State Police say passenger vehicles are a contributing factor in 57% of commercial truck crashes in Maine, a higher percentage than in most states. 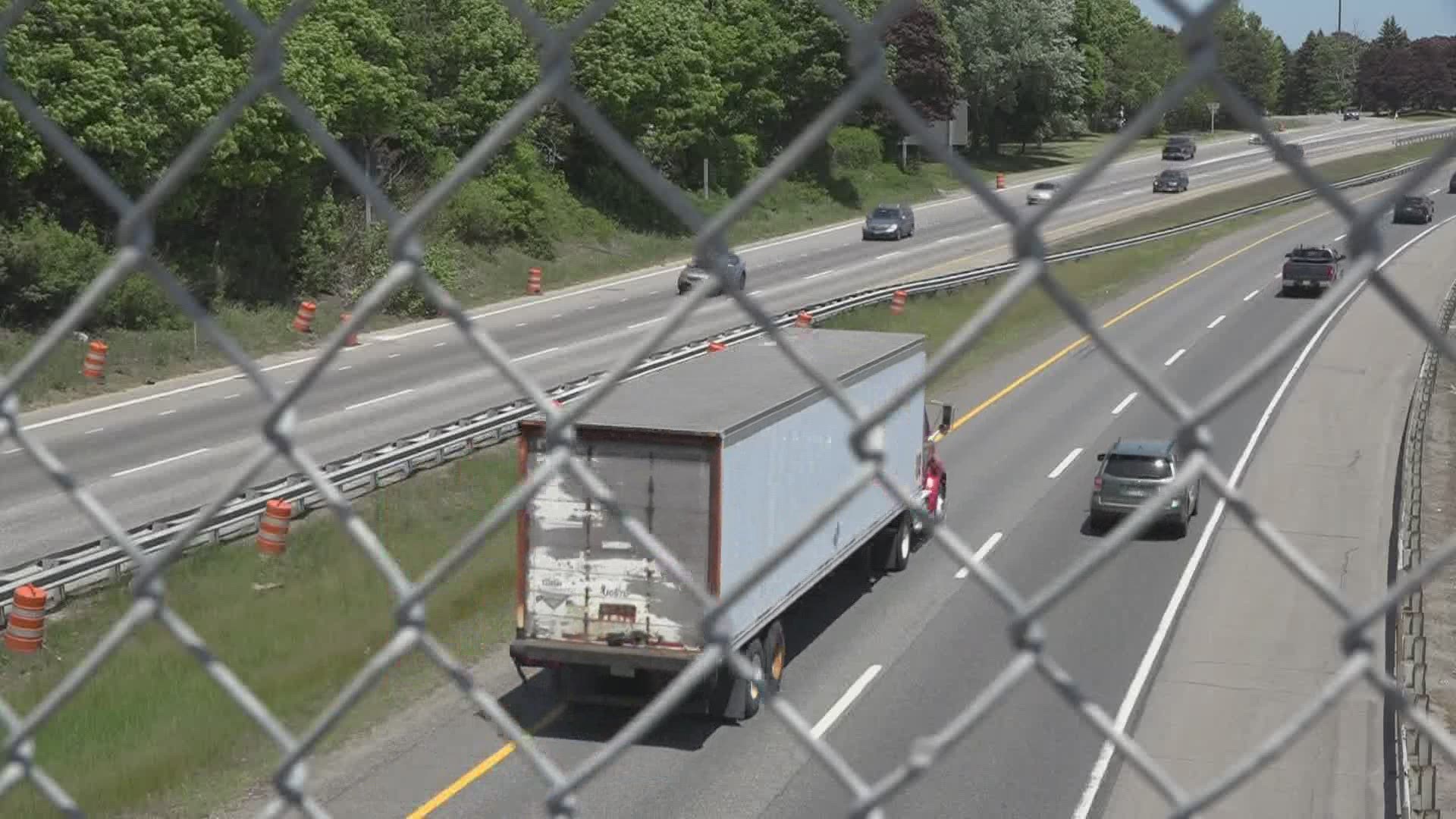 PORTLAND, Maine — Thus far in 2021, there have been more than 230 car crashes including one of more tractor-trailer or semi-trucks in Maine, according to the Maine Department of Transportation crash unit.

Truck drivers NEWS CENTER Maine's Hannah Dineen spoke with say new technology has made commercial trucks fairly easy to drive, that is, until drivers in passenger vehicles unexpectedly get in their way.

"What we're finding is people get too comfortable around large commercial vehicles," said Scott Clark of Savage Safe Handling, a transportation company that works in trucking.

"What they don’t realize," Clark continues, "is the effect it has on those vehicles when they do something unfavorable, like take away stopping distance or cut them off, things of that nature."

Clark has been working in the trucking industry for 27 years and trains truck drivers in defensive driving. He said when passenger vehicle drivers interfere with big trucks on the road, the drivers are forced into a corner.

"When our drivers lose their stopping distance, they have a decision to make really quickly. Do they go off the road and potentially harm their vehicle and/or get injure themselves, or did they hit the vehicle in front of them and possibly injure or even kill that driver?  So our drivers have split seconds to make major decisions," Clark said.

#WATCH: Crashes, cut-offs, and close calls!🚚Here are some videos Maine State Police shared with me, taken from commercial truck dashcams. Tonight at 6 on @newscentermaine, truck drivers urge others on the road to give them space. pic.twitter.com/jwSMwEGiel

According to Maine State Police, in nearly 57 percent of crash fatalities in Maine involving a commercial vehicle, the passenger vehicle plays a role.

"The percentage of passenger cars having a negative effect on a commercial vehicle is higher [in Maine] statistically than in other places," Lt. Hayden said.

Hayden speculates the increase is a result of multiple factors, saying, "People have a lot more distractions in a vehicle I think. There’s more cars on the road today, I also believe that there’s a lot of people that are growing up where they’re not around big trucks and buses and things like that anymore, and they really don’t understand the stopping distances and the views that the drivers have. The drivers have a very very tough job."

In terms of stopping distances, normal passenger vehicle going 65 miles per hour will need about the length of a football field -- around 300 feet -- to stop. A fully loaded commercial truck going the same speed needs twice that distance-- 600 feet-- to stop.

Now, truck drivers are asking everyone to help make their job easier and the roads safer... by giving them some space.

Clark says, "We just need people not to hover around large vehicles commercial motor vehicles. Try to get beyond them, either in front of them or behind them."

RELATED: One man is dead after a single vehicle crash in Orneville