Lindsey Fortin, 29, was driving southbound around 7:15 a.m. when she hit the median guardrail just south of the Old Alfred Road overpass in Biddeford. 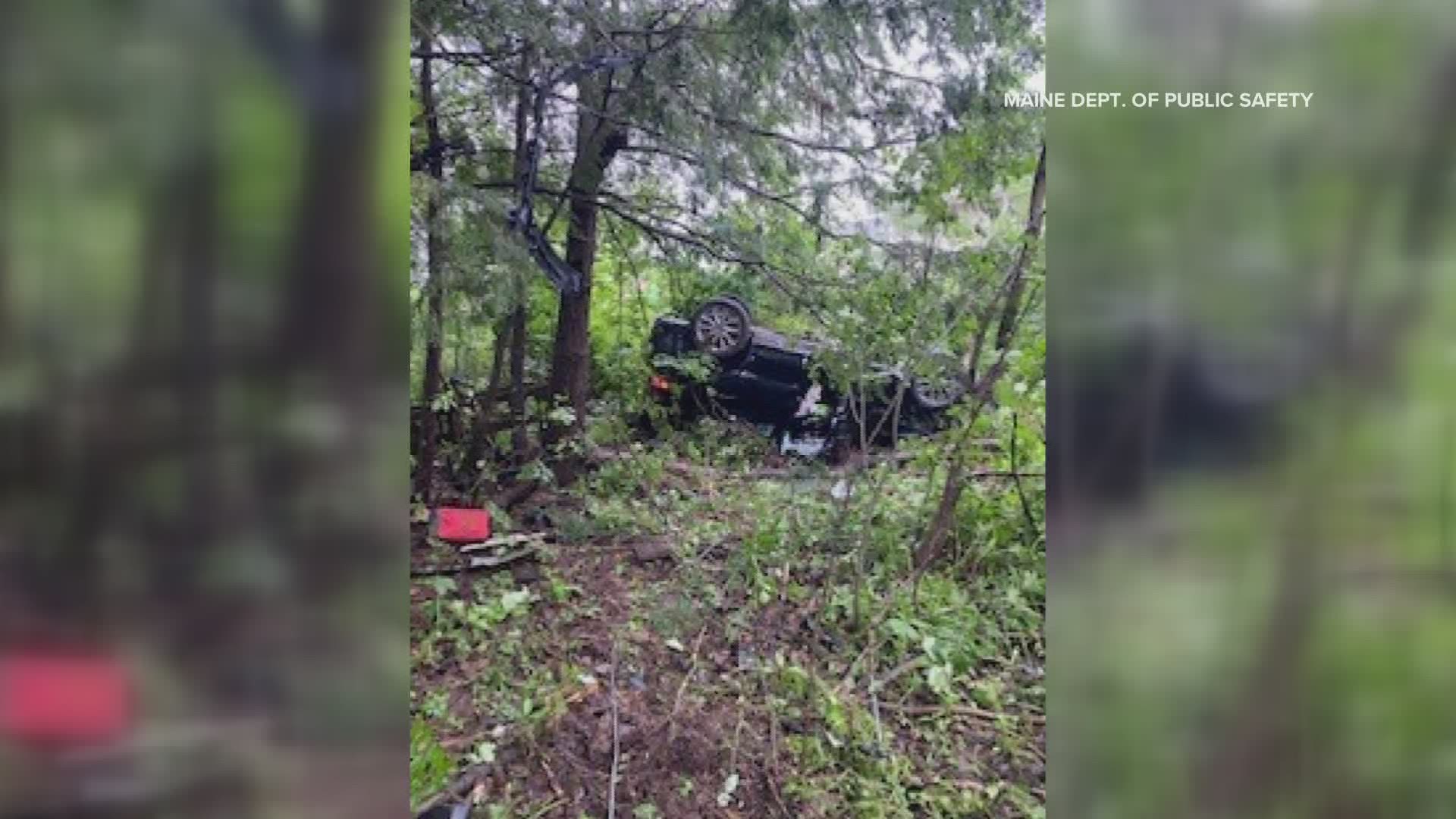 BIDDEFORD, Maine — A woman from North Berwick was taken to Maine Medical Center with non-life-threatening injuries Monday after she rolled her SUV on the Maine Turnpike and got trapped inside.

Lindsey Fortin, 29, was driving southbound around 7:15 a.m. when she hit the median guardrail just south of the Old Alfred Road overpass in Biddeford, according to a release from Maine Department of Public Safety spokesperson Shannon Moss.

Moss said Fortin's 2017 Mazda SUV crossed all three lanes of traffic before going off the roadway and into the woods. The car continued to roll over multiple times before landing on its roof, trapping Fortin inside, Moss said.

Maine State Police Cpl. Doug Cropper was the first trooper on scene. He was able to break the driver’s side window and cut through the airbag curtain to remove Fortin from the car after she was able to remove her seatbelt, according to Moss.

Fortin was transported to Maine Medical Center in Portland by Biddeford Rescue. The Biddeford Police Department also assisted at the scene, according to Moss.