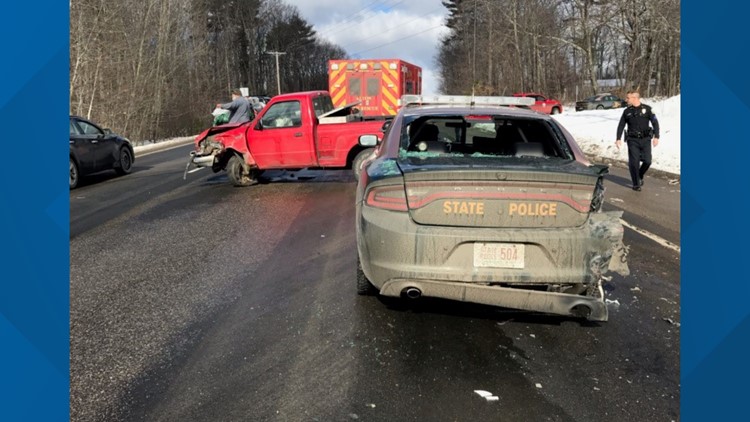 Sergeant Russ Holmes of the Troop E barracks in Tamworth was traveling north on Route 28 when he slowed to make a left turn onto Old Wolfeboro Road. While Sergeant Holmes was stopped, and waiting for southbound traffic to clear, he was struck from behind by a 1996 Ford Ranger. The driver of the Ford Ranger was identified as Calvin Cheney, 27, of New Durham, New Hampshire.

During the investigation, Cheney admitted to being distracted, as he was reaching for his cell phone just prior to the crash.

This case is currently under investigation and charges may be forthcoming. Cheney refused medical treatment and was released from the scene. Sergeant Holmes was transported to the Concord Hospital for evaluation of injuries resulting from this crash.

Anyone that may have further information related to this collision or may have witnessed it is encouraged to contact Trooper Hawley Rae or Trooper Margaret Ready at 603-323-3333.