Motorcyclist seriously injured after colliding with moose in Cyr Plantation

Robert Boulanger, 65, was taken to Eastern Maine Medical Center in Bangor for treatment. 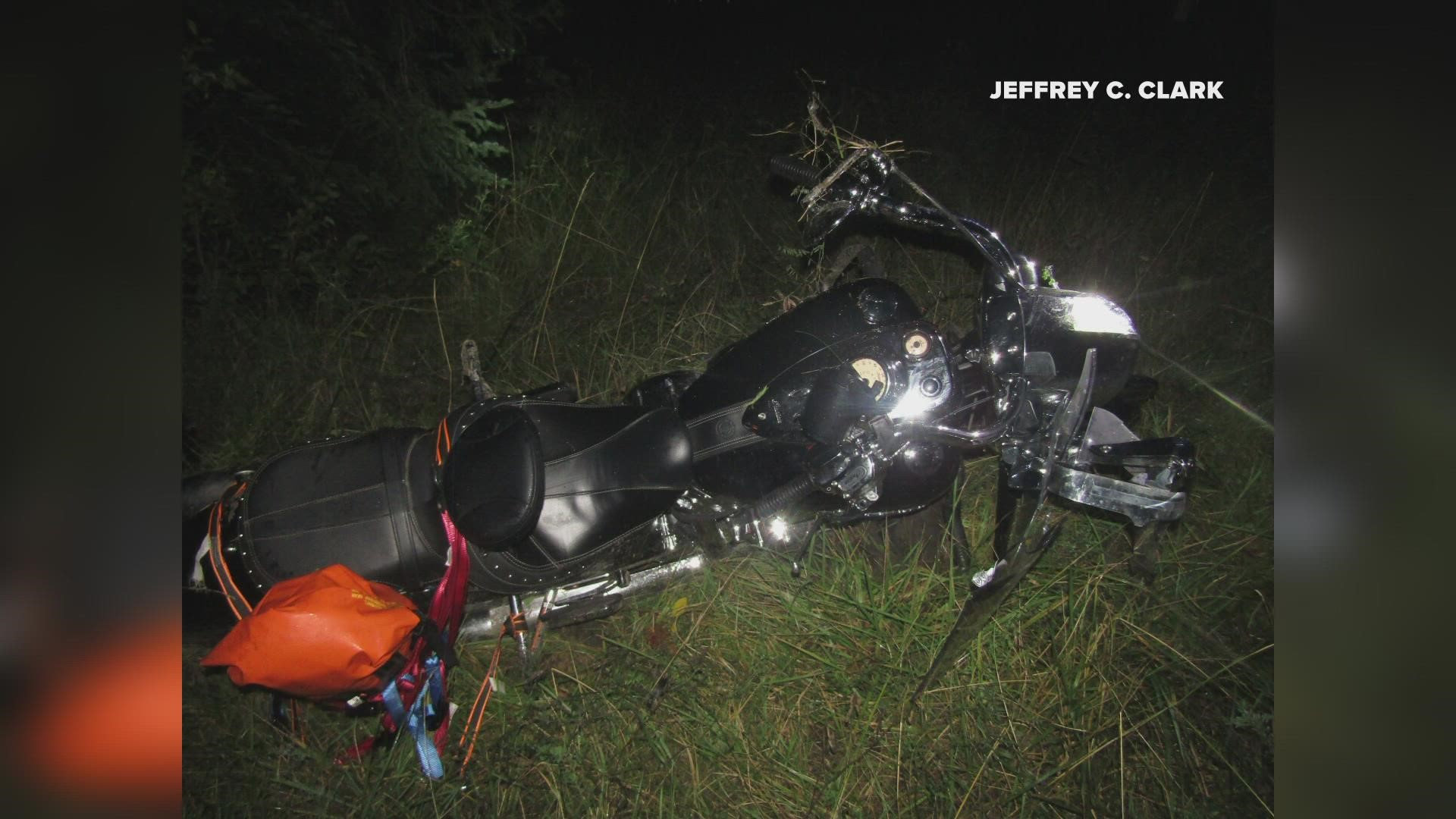 AROOSTOOK COUNTY, Maine — A man is in the hospital with serious injuries after police said a moose ran out into the roadway and hit him in Cyr Plantation.

According to Maine State Police, Robert Boulanger, 65, was driving his motorcycle north on Caribou Rd. Friday evening when a moose ran out and hit him as he drove by.

Boulanger was taken to Eastern Maine Medical Center in Bangor for treatment. Police have not released his condition.

Police said the victim was wearing a helmet and riding gear at the time of the crash.