Van Note says that to keep those people working, the DOT is looking for help from voters in the July 14 vote on a new, $105 million Transportation bond. 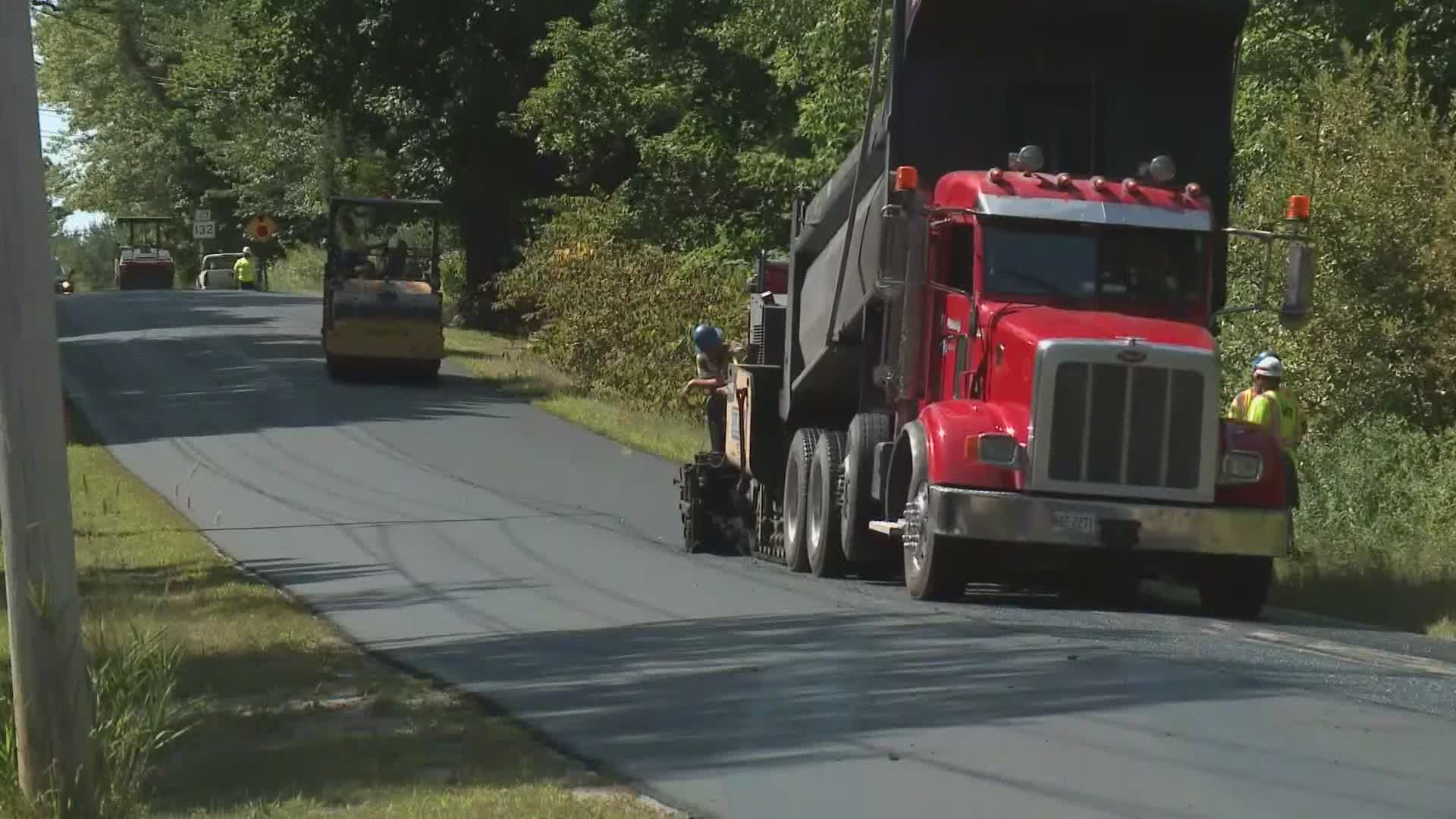 AUGUSTA, Maine — Maine roads are being paved, patched, dug up, and even replaced all over the state right now, and the summer construction season is in high gear. MDOT Commissioner Bruce Van Note says the companies that do that work are employing thousands of people this summer.

But Van Note says that to keep those people working, the DOT is looking for help from voters in the July 14 vote on a new, $105 million Transportation bond.

“This one is the most important I’ve ever been part of,” the Commissioner said about the upcoming vote.

That’s because the DOT is running short of one of its major sources of funding. The Fuel Tax is one of three major funding streams for transportation projects in Maine, the others being the annual bond money and federal highway funding.

Van Note says that because Mainers have been driving less, and many tourists apparently won’t be coming to the state, the fuel tax is expected to bring in $80 to $100 million less over the 15 months between this past March and next summer. Because of that expected funding drop, the MDOT is hoping to begin using the new bond money this year, to fill the gap. Normally the bond would be for next year’s work plan.

“So we had a choice, are you going to cut back projects or are we going to accelerate the use of the bond to keep doing projects this year," said Van Note.

“We talked to the Governor’s office and construction was deemed essential early, like the vast majority of other states, and it keeps… Maine people working.”

Commissioner Van Note said there is some risk to keeping the projects going without the money in band, but said that, because of the track record of Maine people supporting transportation bonds, the DOT is hopeful they will vote for nit next month as well. If they do not, he said the DOT would need to stop some work to stay within the available budget.

“We never take voters for granted and are very thankful for the ongoing support they’ve shown transportation bonds. We don’t prefer to do it this way but let’s face it, we are in the middle of a huge economic disruption… so it is a risk but it was a calculated one and I have faith In the voters,” said the Commissioner.

The bond vote will be July 14.

RELATED: Jeep recalls 95,000 SUVs to fix problem that can cause power loss