The cause of the single-vehicle crash remains under investigation. 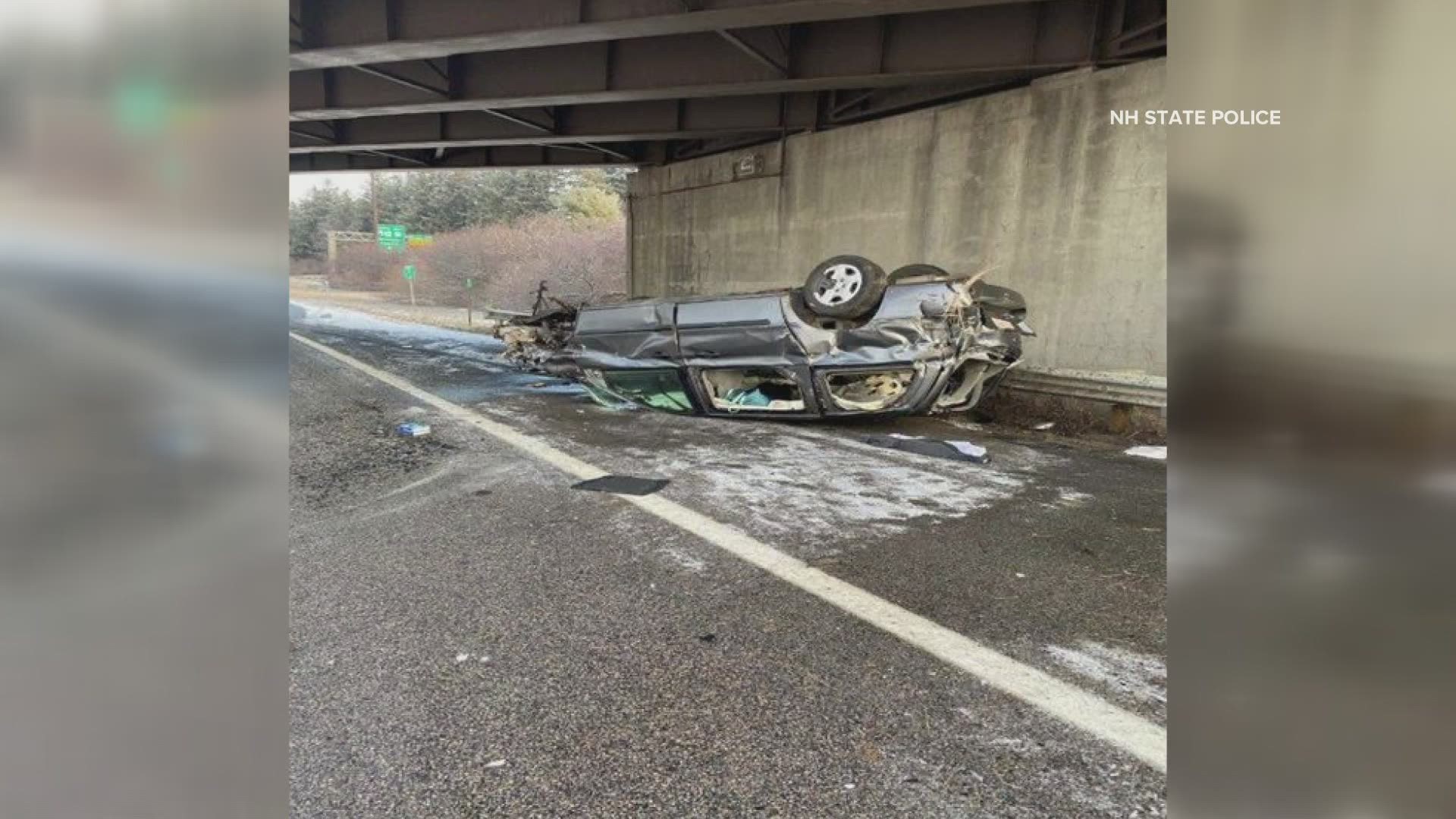 Marisa Douglass, 49, of Amesbury, Mass., was ejected from the vehicle. She was pronounced dead at the scene.

Around 6:30 a.m, troopers responded to the crash on the northbound connector to the Spaulding Turnpike in Portsmouth. Preliminary investigation revealed that Douglass was traveling northbound in the left lane when, for reasons that remain under investigation, she lost control and struck the guardrail on the left hand side of the roadway.  As a result, the vehicle rolled over and crossed both lanes of travel. After striking the guardrail on the opposite side of the roadway, the vehicle came to final rest on its roof.

The cause of the crash remains under investigation.

The roadway remained closed for about four hours while troopers investigated. Commuter traffic was moderately impacted as vehicles had to be diverted around the crash scene.

Assisting NH State Police at the scene were Portsmouth Police and Fire Departments, the NH Department of Transportation, and Lafayette Towing.

Anyone with information pertaining to the crash is asked to contact TFC Timothy Sawyer, NH State Police Troop-A, at (603) 223-8490, or via email at timothy.sawyer@dos.nh.gov.