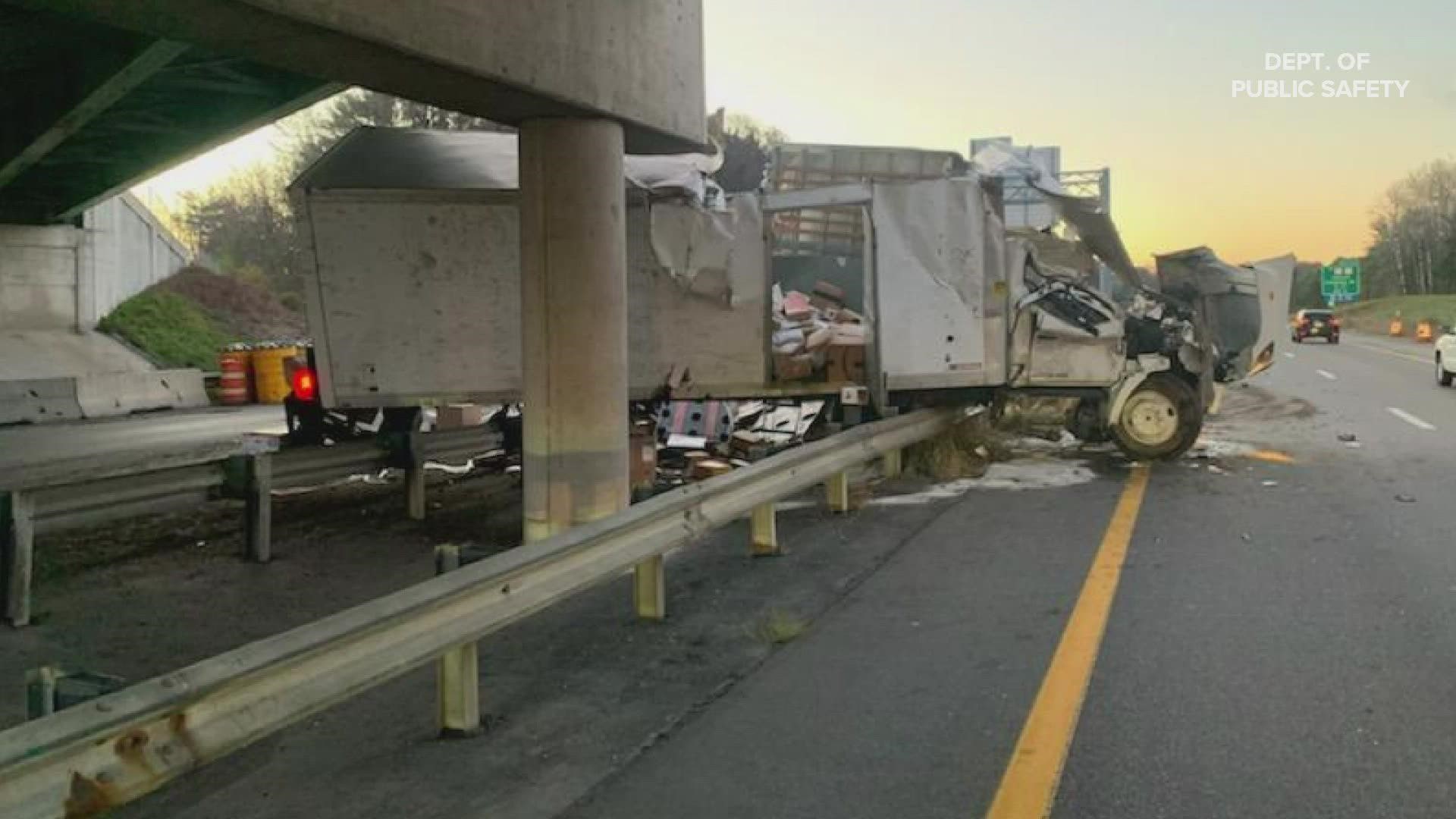 PORTLAND, Maine — A man is recovering in the hospital from non-life-threatening injuries after officials said the truck he was driving experienced a mechanical issue causing him to crash on the Maine Turnpike in Portland Saturday morning.

Officials said Karl Remy, 29, of Norton, Massachusetts was heading northbound near mile marker 47 and the Westbrook Street overpass around 5:21 a.m. when the large box truck went off the road and into the median before rolling over into the guardrails. One end of the truck was stuck out in the northbound lanes and the other into the southbound lanes.

The box truck was carrying packages. Officials said it was severely damaged.

Remy was taken to Maine Medical Center to be treated for his injuries.

Credit: Maine State Police
A man is recovering in the hospital with non-life-threatening injuries after officials said the truck he was driving crashed into the guardrails on the Maine Turnpike in Portland Saturday morning. 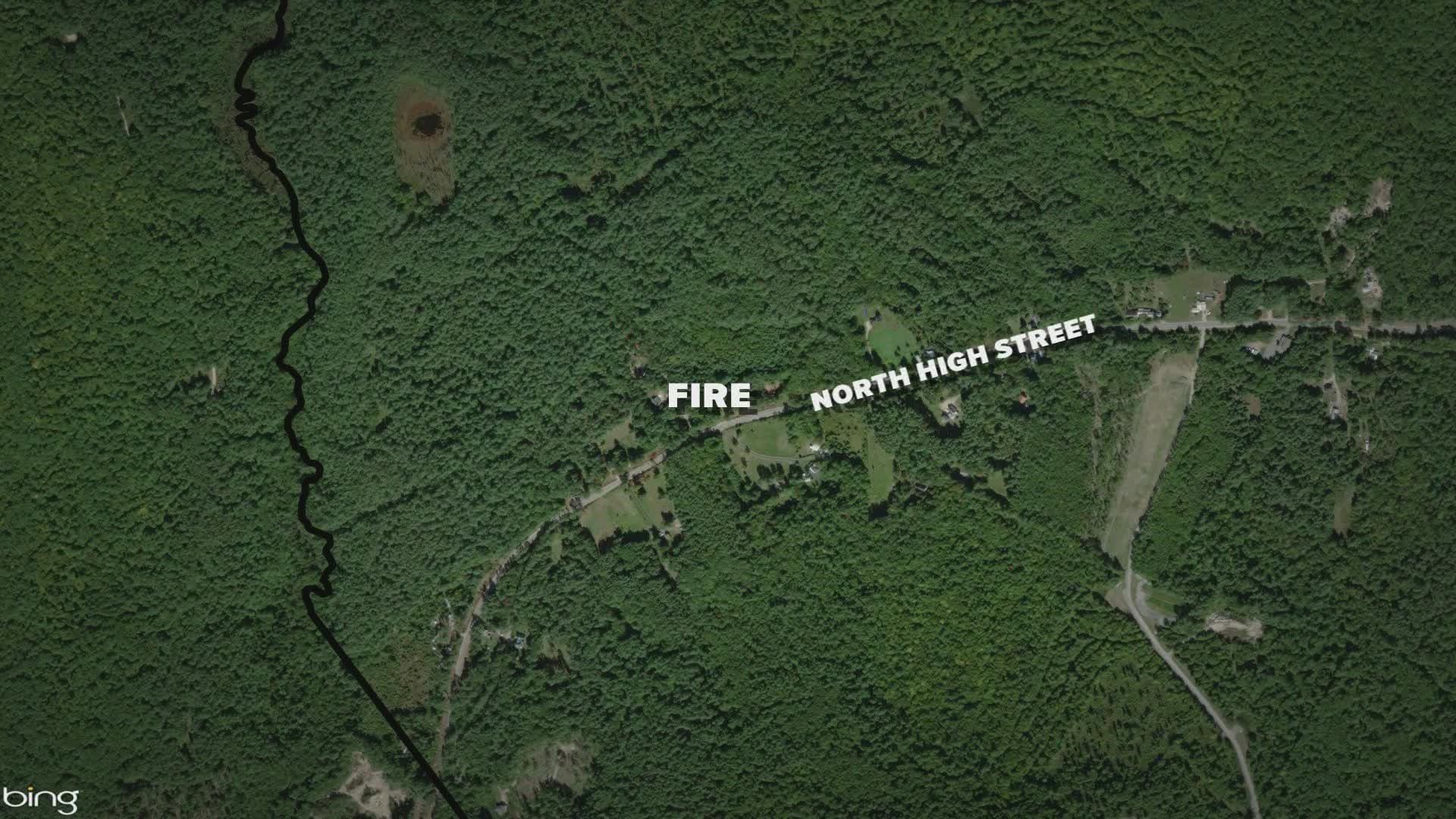